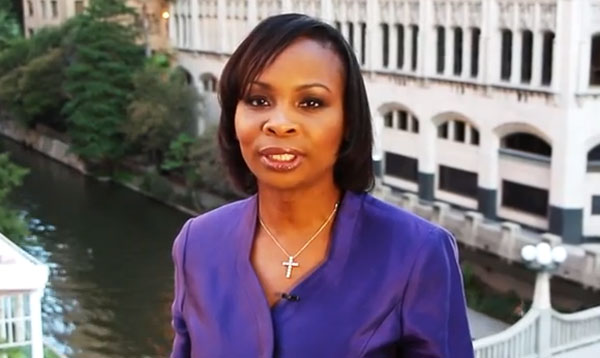 Mayor Ivy R. Taylor is cutting it close. On May 9, she is running for reelection and may end up in a runoff against one of her opponents or she may be voted out altogether. On May 13, she will finally present to the City Council her proposal to increase the effectiveness of the city’s nondiscrimination ordinance.

The two-part proposal seeks to create a Department of Diversity and Inclusion and to appoint a human relations liaison who, according to the mayor, will “provide a single point of contact” for complainants and “not only receive and review all written complaints from the website but will also provide responsive attention by phone and in person to facilitate conciliation between the individual who believes they have been discriminated against and the business, landlord, or agency involved.”

An email to Out In SA from Leilah Powell, the mayor’s chief of policy, explains the proposal will be presented at the City Council’s B Session on May 13 during the discussion of mid-year budget adjustments.

The email suggests that anyone wishing to advocate for the mayor’s proposal should attend the meeting and speak during the Citizens to be Heard session.

The proposal will be put to a vote as part of the budget during the City Council’s A Session on May 14. At this meeting, a Citizens to be Heard session will precede the council vote.

There are no assurances that the mayor’s proposal will be accepted by the City Council. There is the possibility that there’s not enough money in the budget to implement it. The proposal could get tabled until a later date or individual council members could object to it and seek to remove it from the budget process altogether.

Then, there’s the optics of Taylor trying to put forward a proposal to improve an ordinance she voted against, all taking place against the backdrop of the mayoral runoff election.

Last October, the mayor appointed an LGBT advisory committee to advise her on developing a process and structure for addressing complaints filed under the nondiscrimination ordinance. It was not until April 21 when Taylor finally met with them to discuss the proposal she is bringing to the City Council.

On April 22, Taylor apologized to the advisory committee for statements she’s made during her reelection campaign disparaging the NDO.

The mayor’s office offered the following description of her proposal.

Office of Diversity and Inclusion
Committing to diversity and inclusion is not about checking boxes and filling out forms. Committing to diversity means that as a community we recognize that every San Antonian is a resource for our future, a unique individual with skills and abilities that can help our community grow and prosper. Diversity and inclusion is about ensuring opportunities, cultivating talent, and recognizing that sometimes the best man for a job may in fact be a woman, or a veteran, or a person using a wheelchair.
The City of San Antonio will soon have a designated Human Relations Liaison to serve as a central point of contact within the Office of Diversity and Inclusion, a proposal put forth by Mayor Ivy R. Taylor for funding by City Council as part of the May 14, 2015, Mid-Year Budget Adjustment package. The Office of Diversity and Inclusion will be the foundation for a coordinated approach to issues ranging from local preference to enforcement of the City’s non-discrimination ordinance, but it will also serve as a clearinghouse and point of contact for residents and the business community.
The Office will be staffed by a Human Resources Liaison who will receive and review all written complaints, from whatever source, and provide responsive attention by phone and in person to facilitate conciliation between the individual who believes they have been discriminated against and the business, landlord, or agency involved. The Liaison will provide a single point of contact for complainants and City staff responsible for assuring non-discrimination and addressing complaints.  The Office of Diversity and Inclusion will also provide training and presentations to the community about the City’s non-discrimination policies. In addition, the Liaison will allow the City to proactively educate the community about its non-discrimination policies and its commitment to support diversity and inclusion, including promoting contracting and employment opportunities within the City.
The City’s Non-Discrimination Ordinance (NDO) was expanded in 2013 under then-Mayor Julian Castro. Immediately after her appointment in July 2014 Mayor Taylor requested that the City develop enforcement and visibility of the NDO. A dedicated website with capacity for filing complaints was launched in September, 2014.

Jill Rips, deputy director of the San Antonio AIDS Foundation, has declined the position of interim executive director after being...