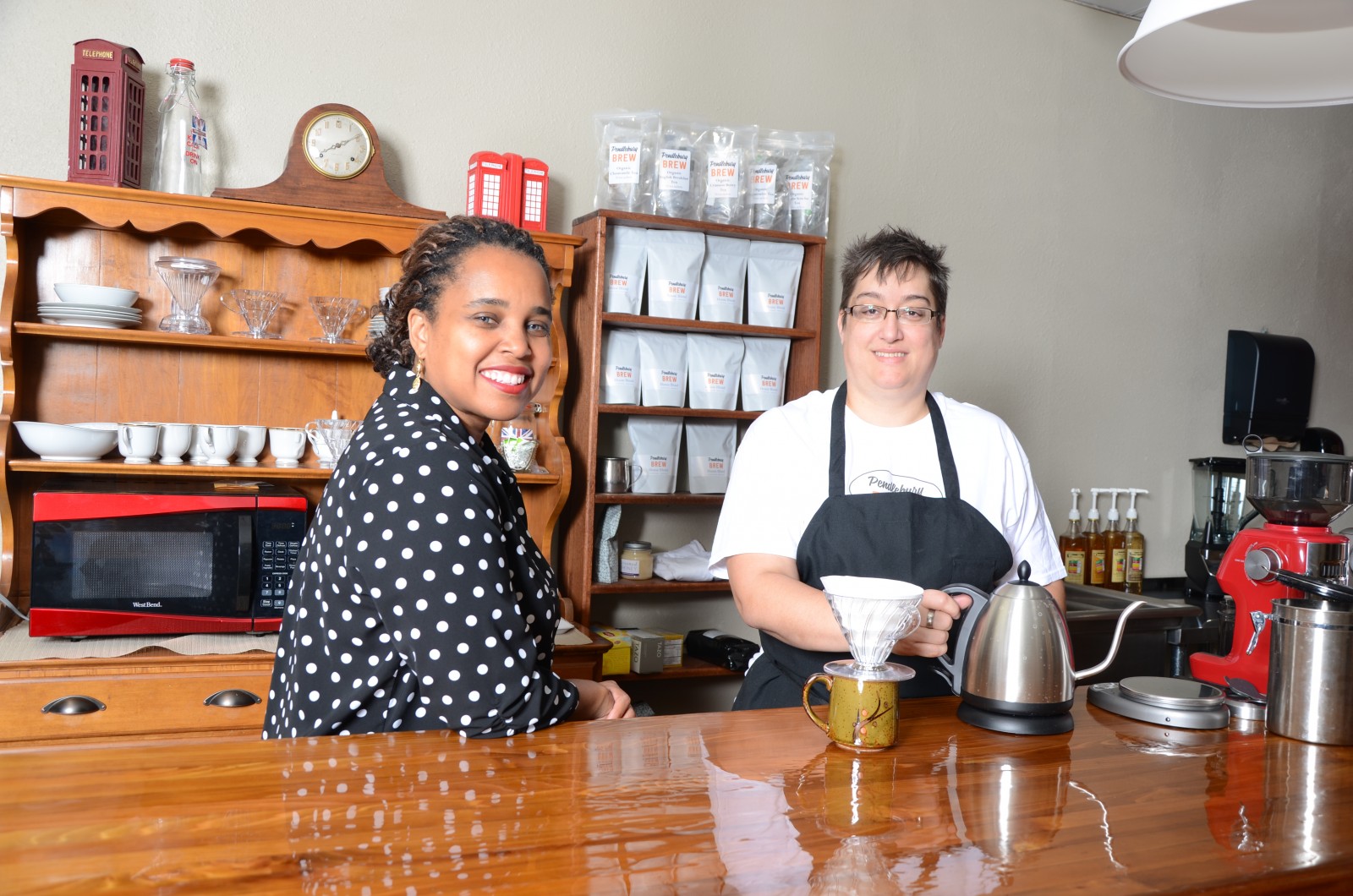 There are a billion (estimate) places to grab a cup of coffee near the Medical Center. And, perhaps, if the merely pragmatic pick-me-up of a quick cup is all you are after, you might not take much note of the latest addition to that array of java-slinging establishments: Pendlebury Brew. If, however, you like a coffee shop that, in the long tradition of such places the world over, can provide a respite from the hectic day-to-day (rather than fleeting fortification against it), this quaint establishment may be precisely your cup of tea (yeah, they serve tea, too).

Boasting a modest menu of sandwiches, lattes, espresso, divine pour-overs, organic teas and some requisite sweets, Pendlebury Brew is the passion project of Isabella Pacetti-Perkins, with support from her wife Tonya Pacetti-Perkins, a governor of the San Antonio chapter of the Human Rights Campaign. The idea of starting a coffee shop had been kicking around in Isabella’s head for a while, but it really started percolating in 2013 when she was diagnosed with cancer and underwent several surgeries to successfully remove it. Dissatisfied and uber-stressed at her “pretty good day job,” as she called it in a recent chat with Out In SA, Isabella found that, in light of the cancer battle, she was having an increasingly difficult time investing so much of herself into her “demanding corporate position in clinical data management.” Then, one glorious day in 2015, she called it quits and came home to Tonya invigorated and “ready to work on [her] own destiny” and on her own time.

Pendlebury Brew opened to the public on June 3 and is now serving up a one-of-a-kind blend of African and South American coffee beans, concocted by a local supplier, not to mention a laid-back environment and an altogether pleasant sense of chill. You can almost feel the satisfaction that attends the chasing of one’s dreams in the vibe at Pendlebury — which is not a random, generic, British-sounding name, by the way. As Tonya explained with a chuckle, “Pendlebury is Isabella’s mother’s maiden name. But, it’s also a little play on the Pendle Hill witches, who were hanged back in 17th-century England. So it’s like [we’re offering] a witch’s brew.”

“We don’t want to be a fast-paced coffee shop with no personality and a million options. We want to create a space for community, a place where people can be inspired and feel comfortable spending time,” Tonya said. Indeed, Isabella hopes to grow slowly, focusing on making a few things very well and then adding elements, especially a beer and wine license.

For now, Pendlebury Brew is just fine as it is: offering damn good coffee and, possibly more importantly, a dose of therapeutic slowness amid the bustle of one of San Antonio’s busiest areas.