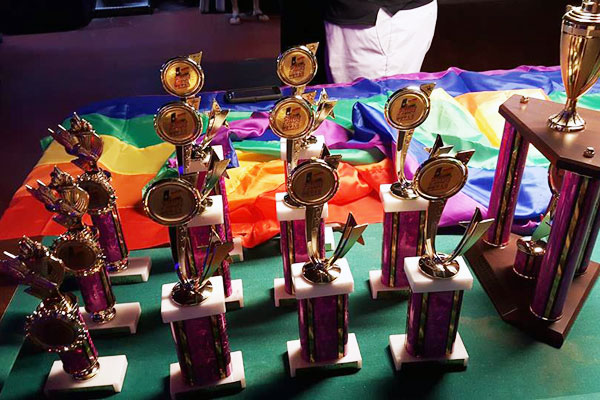 The Pride SA Festival and Parade were held on July 2 and attracted thousands from the community to the Main Avenue Strip. This year’s recipient of the Pride SA’s Vela Award is transgender activist Lauryn Farris, who said, “A big thank you to Pride Bigger Than Texas for recognizing me this evening with the Vela award. A really big surprise and honor, and something that touched me deeply.”

The Vela Award, named for Pride SA founder Carlos Vela, is given annually to a community member who is “paving the way and blazing a trail for the San Antonio LGBT community and securing a place at the table for everyone to live their truth regardless of one’s sexual orientation or gender identity/expression.”

The Sister Love Summers Award for Volunteerism went to Matthew “Big Daddy” Flores. The award was presented to Flores by Autumn Summers for whom the honor is named.

Awards were given to participants in the annual Pride Bigger Than Texas Parade.

“This was the longest and most diverse parade we’ve ever had,” Pride SA board secretary James Poindexter told Out In SA. “We had more creative entries, more lighted entries, as well as groups with more defined character. We expanded the parade awards this year to recognize some of those aspects.” HBO Wraps Up Canceled Gay Series with ‘Looking: The Movie’

Fans of the short-lived gay series Looking are in for a dog days of summer treat. Last year, HBO unceremoniously...