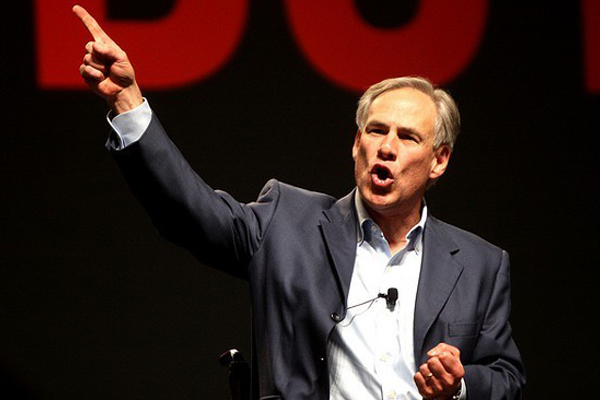 Governor Greg Abbott decided to attack the NFL over Twitter this weekend for its threat to halt future Texas Super Bowls if Abbott signs an anti-transgender bill into law.

In a brief Friday email, NFL spokesman Brian McCarthy told the Associated Press that a discriminatory law like Texas’ proposed Senate Bill 6 would “certainly be a factor considered when thinking about awarding future events.” SB 6, misleadingly called the “privacy act” by Lieutenant Gov. Dan Patrick, would block trans Texans from using a public bathroom that corresponds with their gender identity — a move that advocates say could endanger the safety, health, and basic rights of thousands of trans men and women.

McCarthy’s announcement, coming less than a week after Houston hosted the 2017 Super Bowl, mimics NCAA’s 2016 threat to pull all championship events out of North Carolina for approving a similarly anti-trans law early that year (a threat they made good on, costing the state at least $77 million). While the NCAA has yet to confirm it’ll do the same in Texas if SB 6 passes, state economists and lawmakers are already predicting a serious blow if San Antonio is cut from hosting the NCAA’s 2018 Men’s Final Four over SB 6 opposition.

Up until now, Gov. Abbott has remained relatively quiet about the discriminatory SB 6, letting Lt. Gov. Patrick spearhead the bill’s marketing campaign. Which may explain why Patrick’s office took a more defensive approach when responding to the NFL comment.

“Despite persistent misinformation in the media, under Senate Bill 6, all Texas teams will be able to set their own policies at the stadiums and arenas where they play and hold their events,” Patrick spokesman Alejandro Garcia told the AP. “There is no conflict with the NFL’s statement today and Senate Bill 6.”

At least Abbott acknowledges the clear conflict between Texas and NFL values — to Patrick, it’s all “fake news.”

Over 140 musicians and actors including Jennifer Lawrence, Whoopi Goldberg, Cyndi Lauper and Lady Gaga have signed a letter opposing...