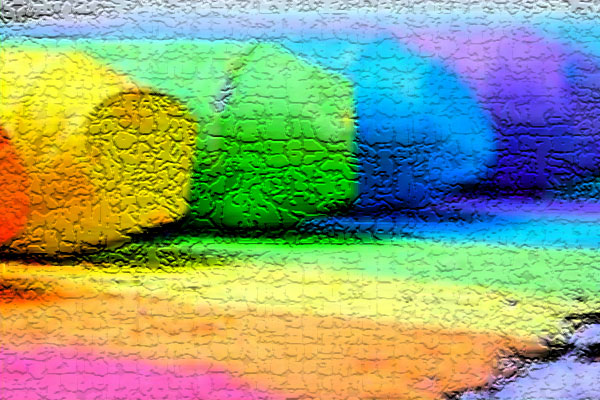 Just hours before the Pride Bigger Than Texas Parade steps off on July 1, local LGBT activists plan to paint rainbow crosswalks at the intersection of North Main and East Evergreen.

The effort, dubbed Pride 2017 Chalk It Up, is being organized by local attorney Rosie Gonzalez who is urging volunteers to “go buy all the rainbow chalk in town” and come down to the Main Avenue Strip between 9 a.m. and 1 p.m. to get the intersection painted in time for the parade, which begins at 9 p.m.

“Chalk was the quickest approach to get a rainbow crosswalk given the short timelines for Pride 2017,” Gonzalez told Out In SA. “A permanent installation of the rainbow crosswalks is being looked into and supported by District 1 City Councilman Roberto Treviño.”

In his council consideration request, Treviño writes, “The Main Avenue Strip has been the center of the LGBT community in San Antonio for decades. It is the home to many LGBT owned businesses and the site of the annual Pride Parade. The addition of this crosswalk will affirm San Antonio is a place of acceptance and equality.”

Treviño’s request must first get the approval of a council committee before it can be voted on by the entire City Council.

Gonzalez says she is reaching out to local artists to help supervise the design of the chalk crosswalks. “This has come fast and furious. This was all approved late Friday afternoon.” She adds she’s thankful to James Poindexter, board secretary for Pride San Antonio, who was integral in facilitating the process of obtaining the necessary permits needed to close the street while the crosswalk is painted.

Pride Chalk It Up, Saturday, July 1 from 9 a.m. to 1 p.m. at the intersection of Evergreen and Main. Volunteers are asked to bring a box, or more, of rainbow-colored chalk. For more information, check out the Facebook event page.

Pride San Antonio Festival and Parade, Saturday, July 1, 2017. The festival is from 11 a.m. to 7 p.m. in Crockett Park 1300 N. Main. The parade begins at 9 p.m. at 1812 N Main Ave and continues south to Lexington Avenue where it ends. For more information, check out Pride SA’s web site.

Esperanza Exhibition Is a Call to Action

After the Supreme Court’s landmark case making gay marriage legal in 2015, it was easy to believe that gay people...