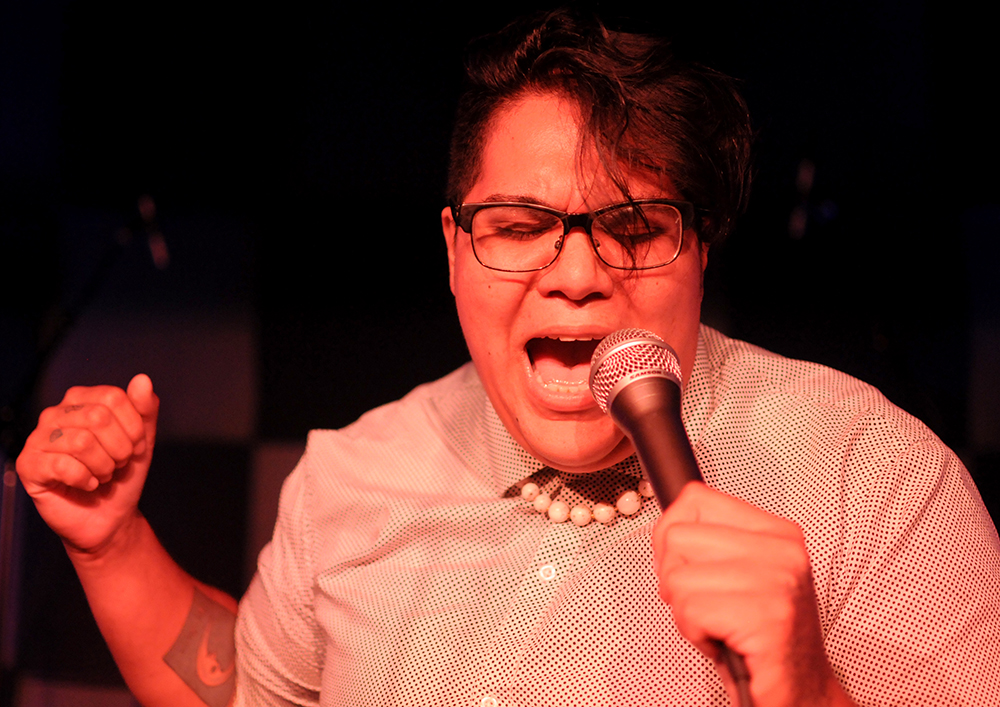 Alyson Alonzo in performance; photo by B. Kay Richter

Editor’s note: Alyson Alonzo will be opening for the local rock band Buttercup on Friday, Sept. 18 at the Charline McCombs Empire Theatre. Doors open at 8 p.m. and the show begins at 9 p.m. Tickets for the show are $10 and may be purchased at this link.

“That’s a really crazy example of manifesting thoughts into your reality.”

The turning point in  Alyson Alonzo’s music career came as she stepped onto the Tobin Center stage this summer to perform Radiohead’s “Lucky” with the Youth Orchestra of San Antonio. Just a few minutes earlier she had been suffering terrible stage fright and didn’t know if she would be able to perform.

“We only had two rehearsals,” Alonzo said. “But then I saw my parents sitting up front, and that helped a lot.”

Alonzo’s performance at the Tobin vaulted her into the public consciousness. Reviews of the show raved about her magical voice and stage presence, comparing her to the likes of Etta James, Billie Holiday, and Ella Fitzgerald. But when Alonzo hears recordings of herself singing, another woman floods her memories: Her great-grandmother, Ophelia Arizona, a singer in Laredo. “It is a gift, and it is inherited,” Alonzo said. “Music runs in my family.” 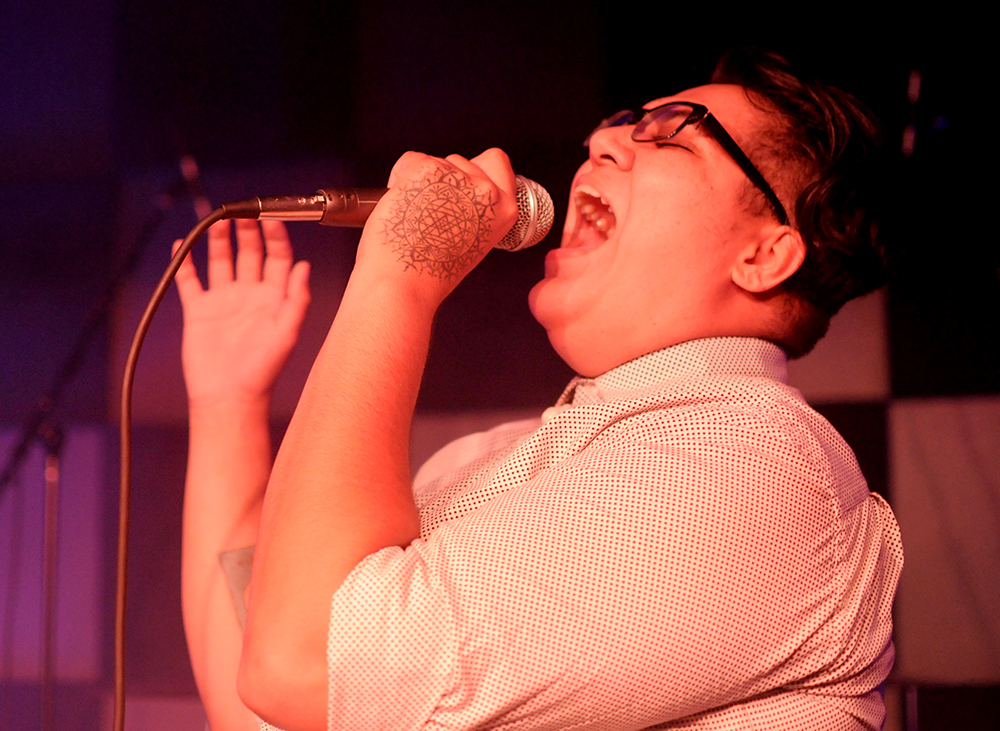 Alyson Alonzo in performance; Photos by B. Kay Richter

Alyson Alonzo in performance; photo by B. Kay Richter 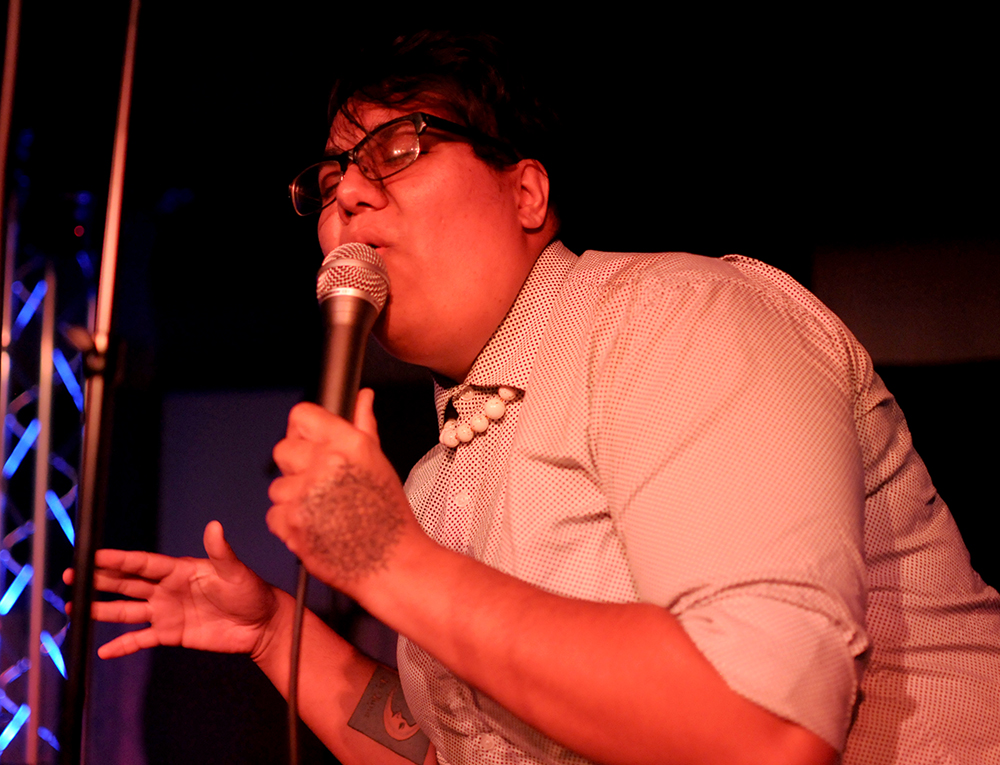 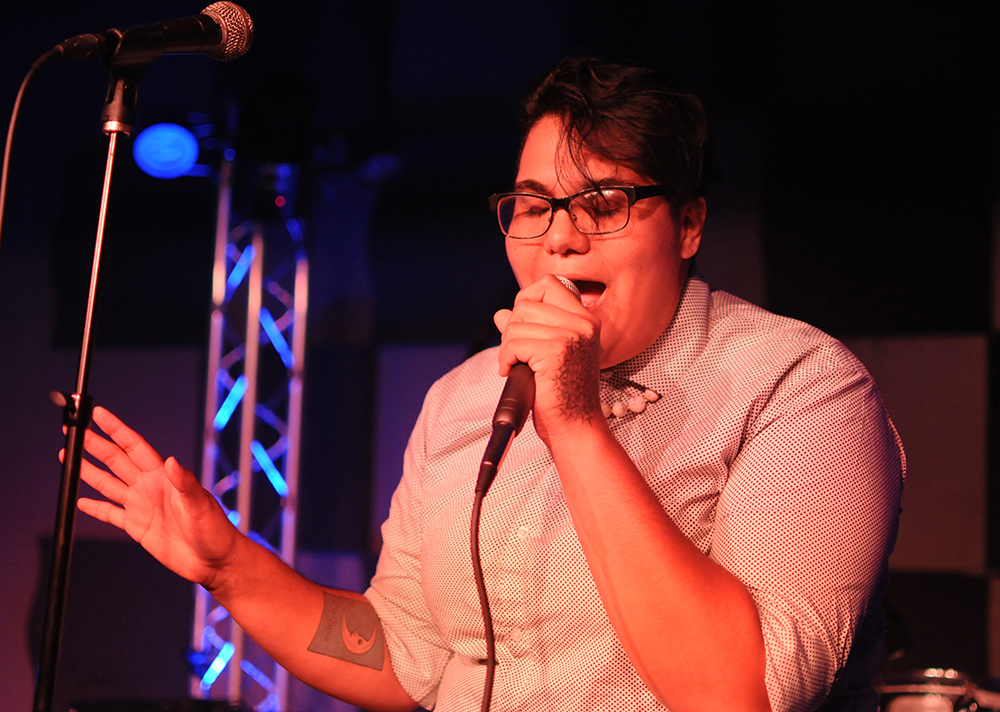 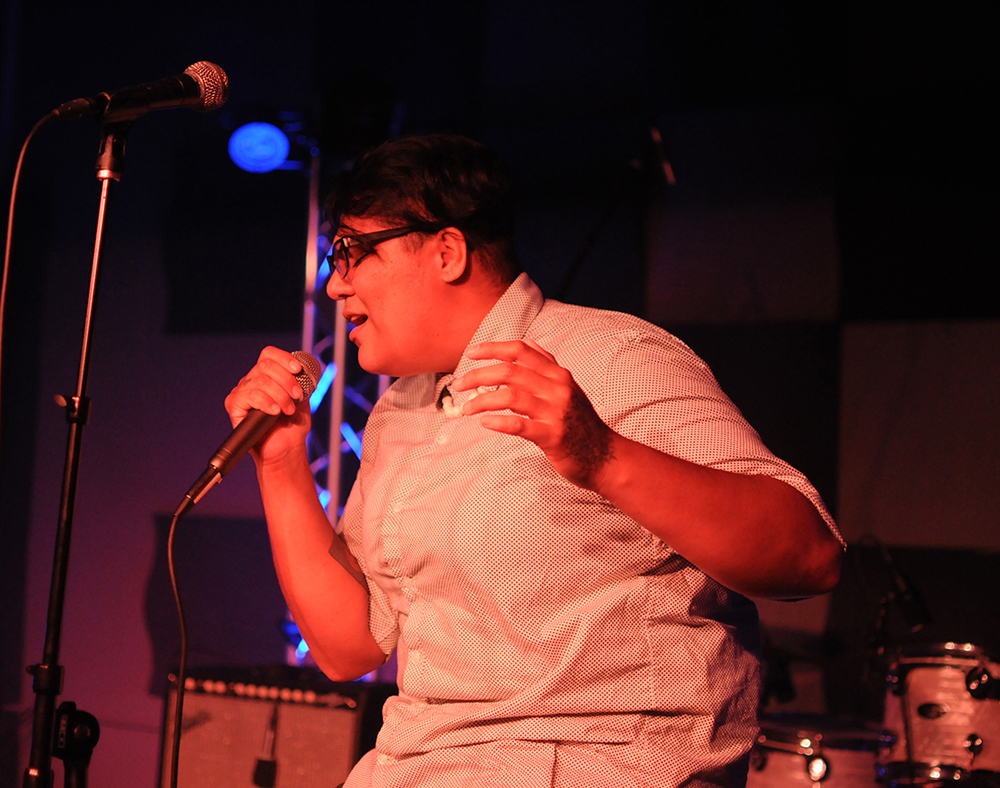 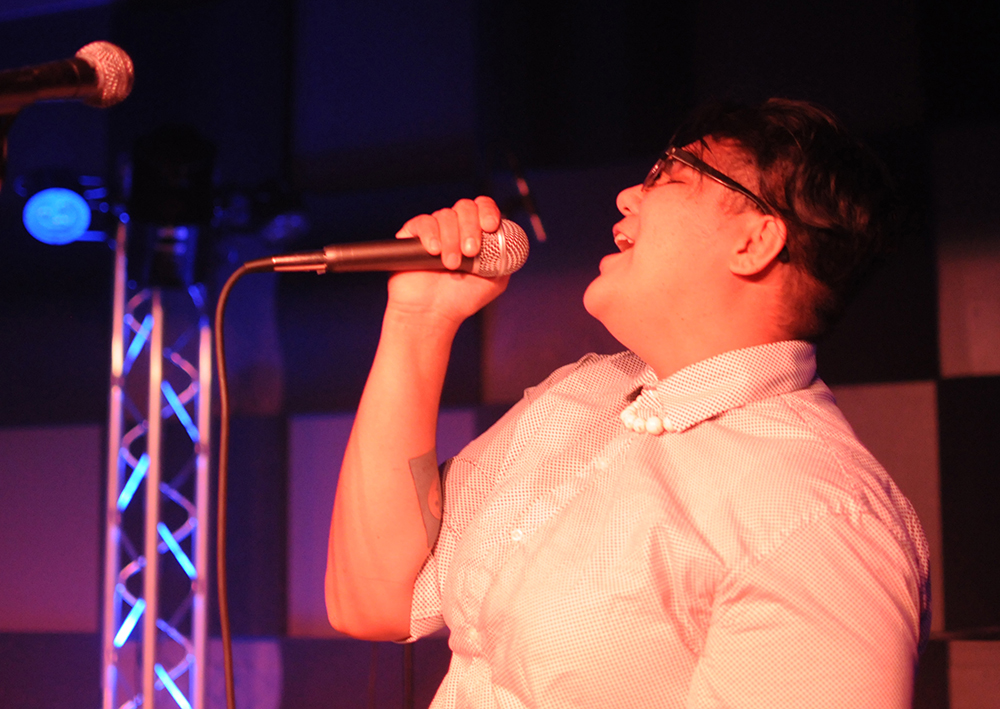 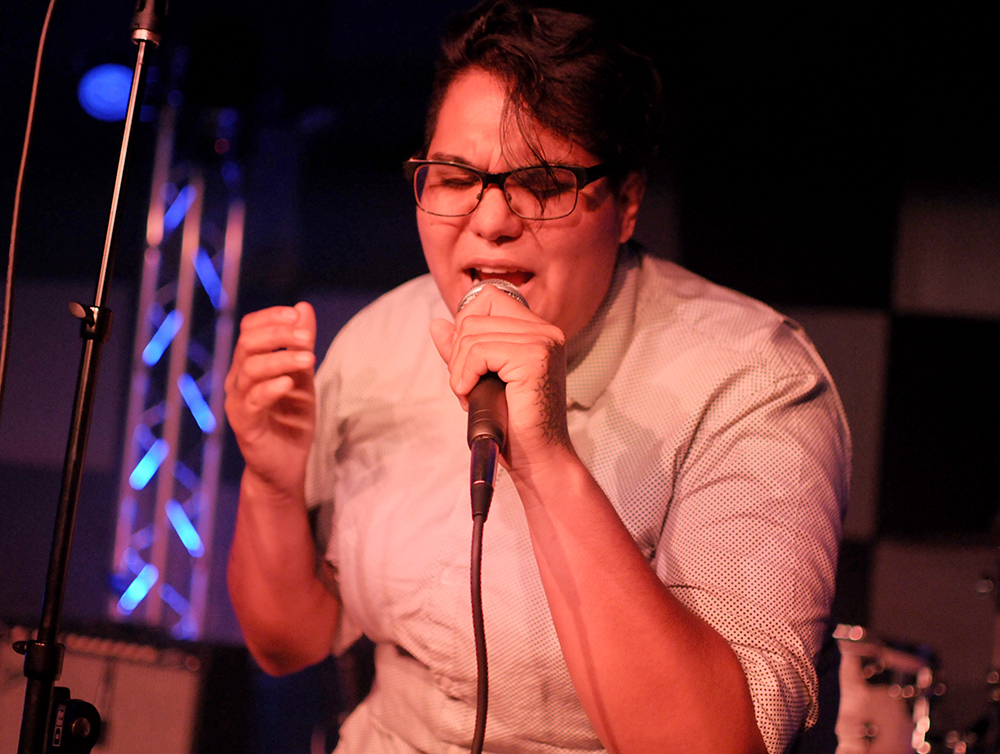 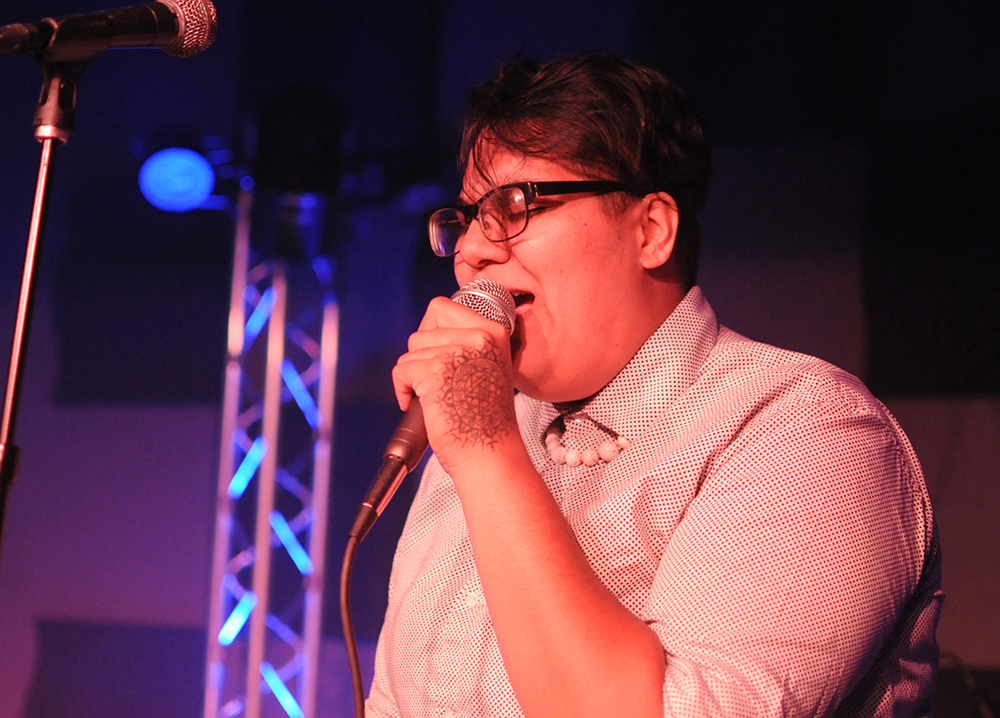 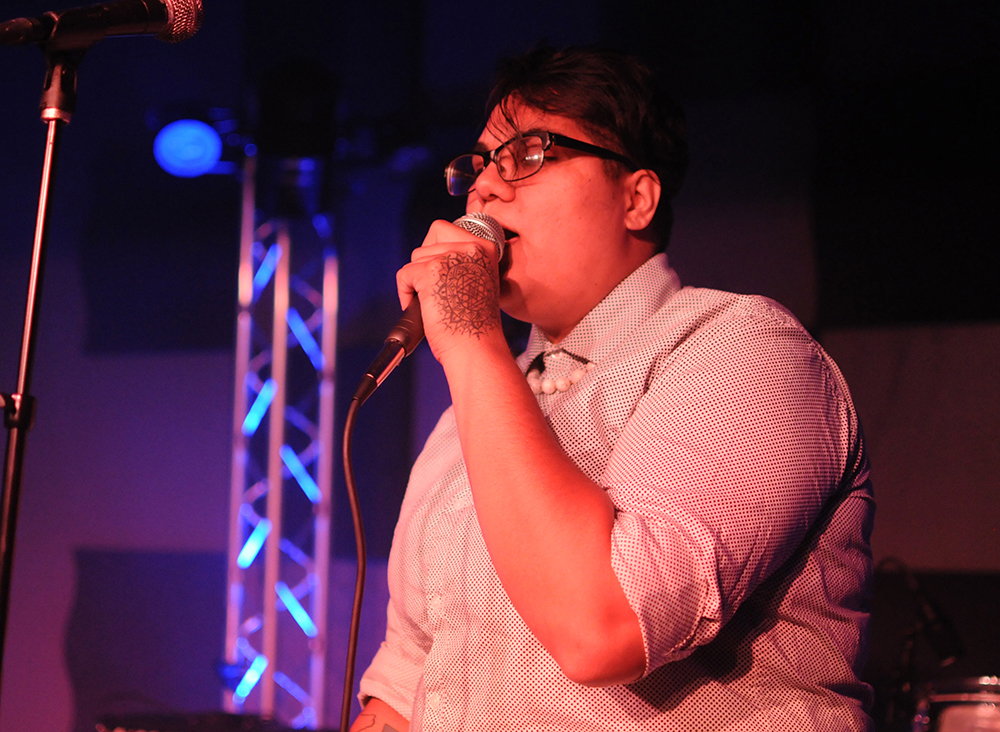 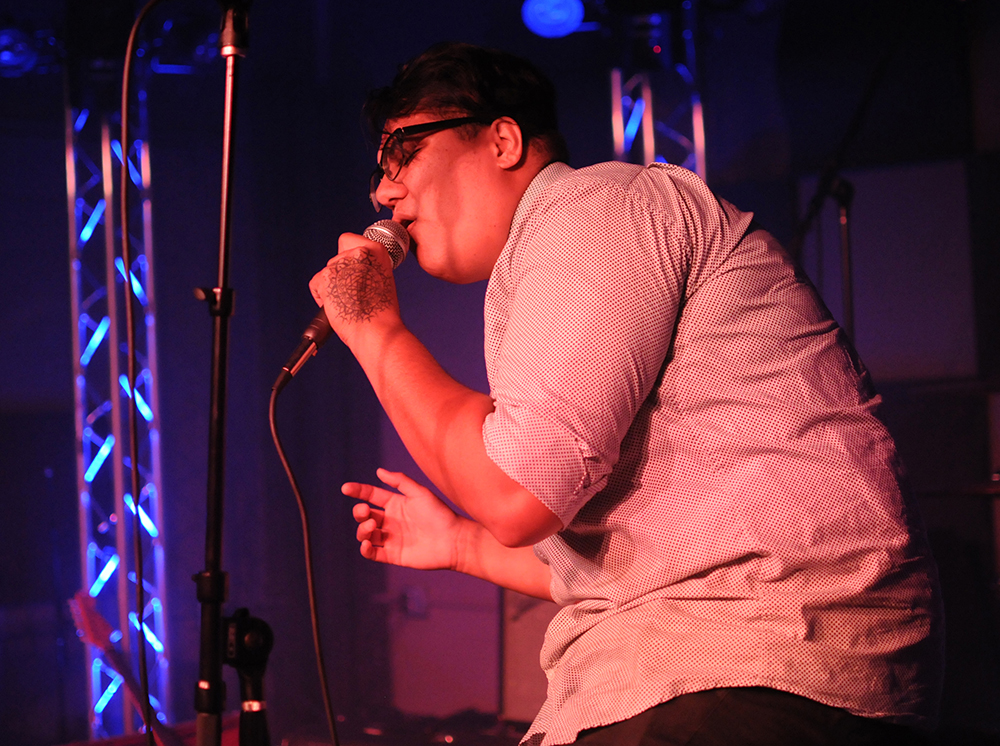 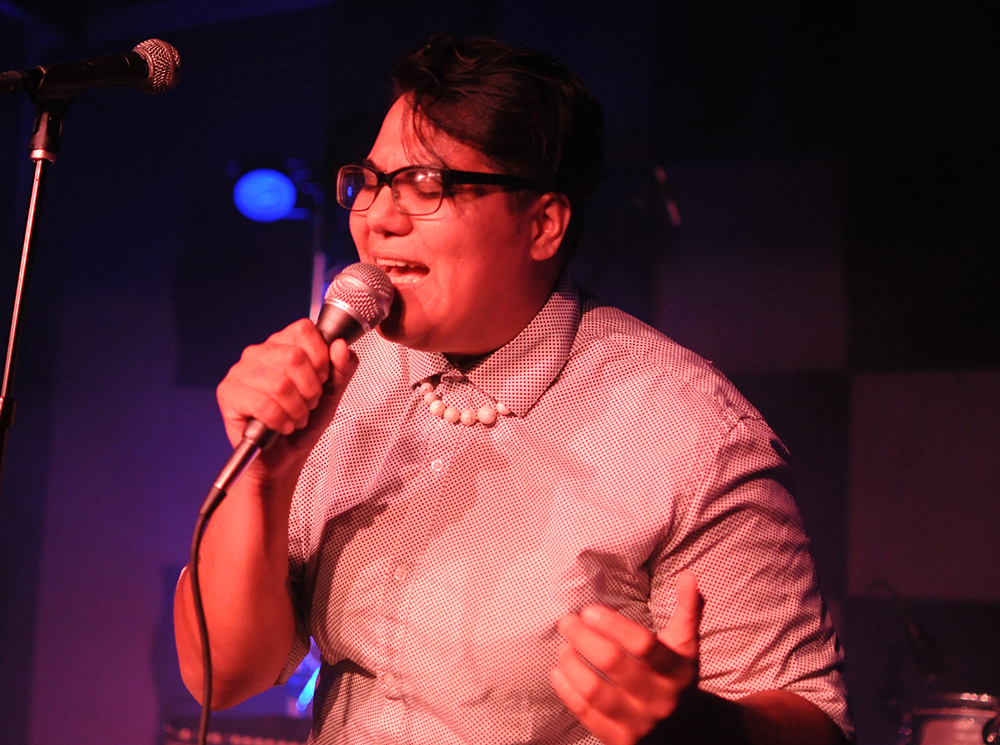 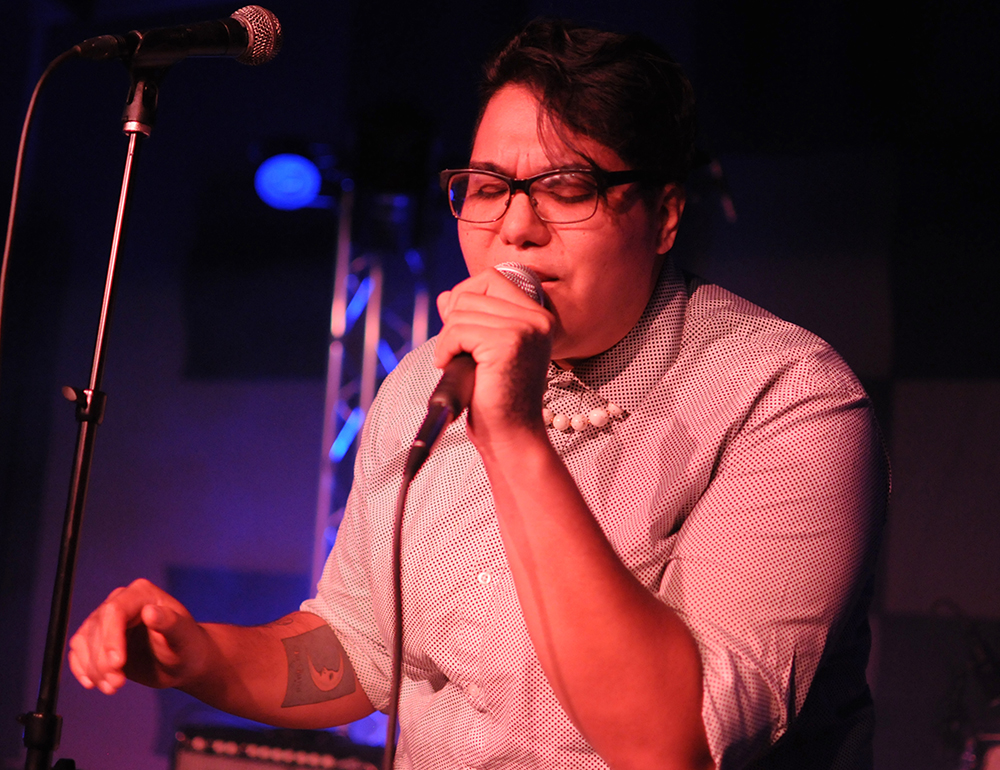 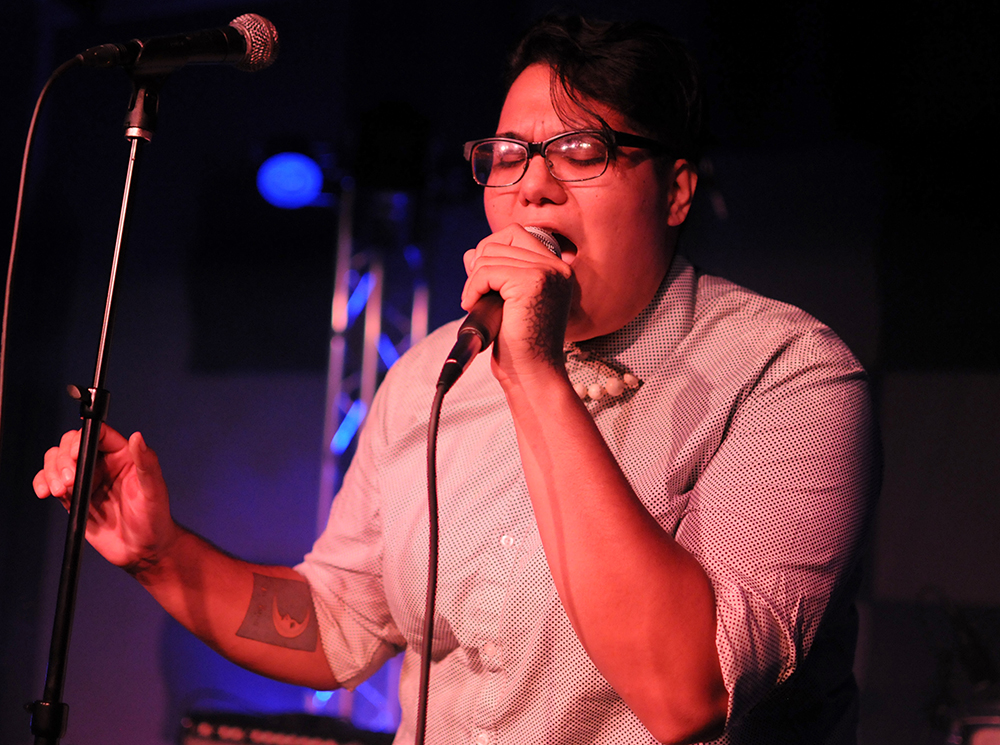 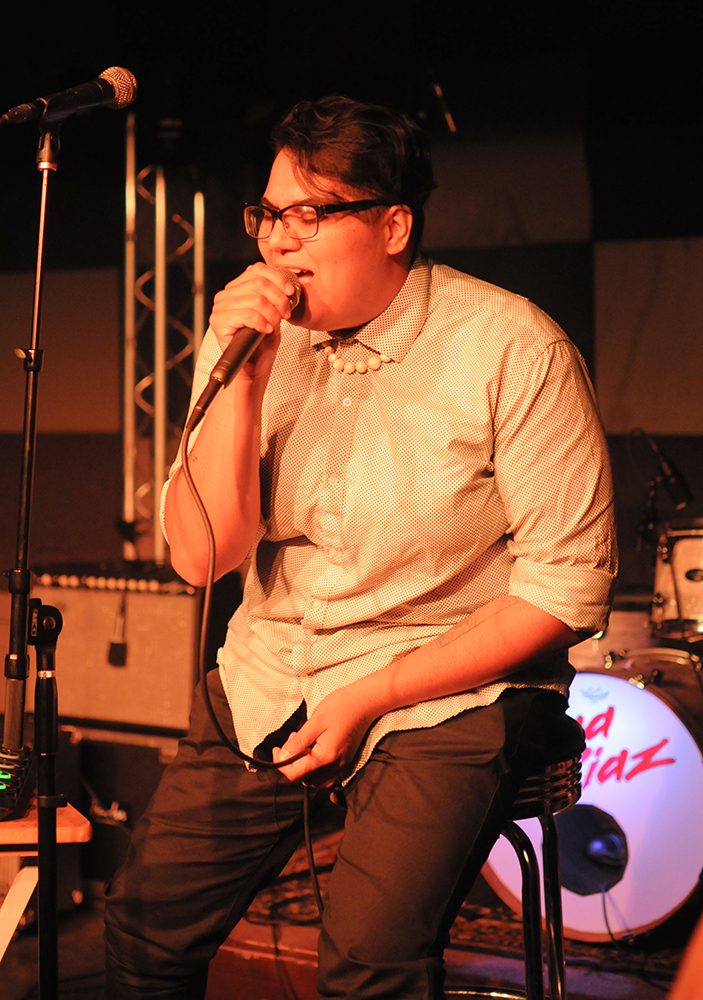 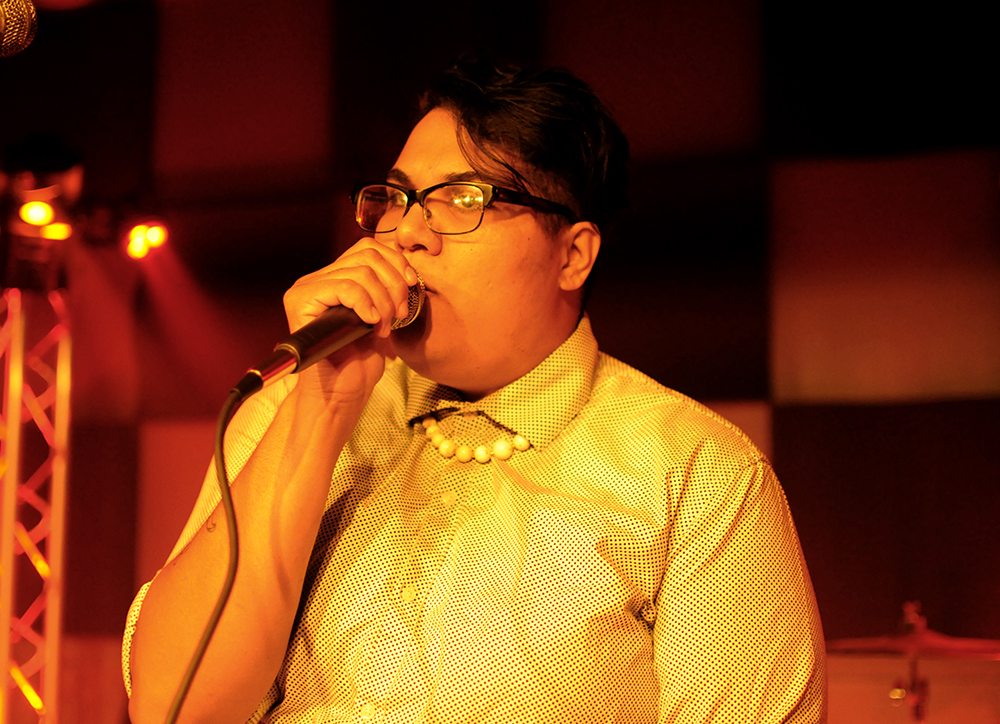 Alonzo, 28, began her journey to the Tobin mainstage years earlier, when her parents gave her a Macintosh computer for her high-school graduation gift. “I wanted to be a film editor,” Alonzo recalled. “I took a film course my senior year in high school.” But she soon found herself disenchanted with school and began searching for another creative outlet. She found the website MySpace and the Apple program called GarageBand.

“For a while, I would go into the MySpace chats,” she said. “There are people from all over the world sharing their music. I would just see how many plays that I could get on my electronic music.” One day, someone suggested she try to sing. “I did one song, and I got a bunch of hits and from there, I kept making more songs.”

Eventually she caught the eyes of local musicians and began performing in SA venues, working in a few different bands over the next few years. “And then I met Jeff,” Alonzo said. Jeff Palacios played guitar in the band Sugar Skulls. The two immediately clicked. “We met at a house party, and he was playing guitar,” Alonzo said. “And I was like … hey … can I sing with you? And we just improvised and we hung out. I sang to his guitar.”

Alonzo says she never really learned how to use her voice until they began performing together. “The way that he played matched the style of singing that I really liked,” Alonzo recalled. The musical matchup helped create the vocal quality that now is Alonzo’s trademark.

That voice has propelled Alonzo from a job as a theater assistant at San Antonio College, where she fondly recalls sweeping the floors every day. The position also gave her a better understanding and knowledge of the music industry. “That job made me enjoy all aspects of show business–putting on a show and learning how to use microphones and signal flow and setting up a stage for sound.”

Alonzo travelled to California, settling down for a while in Oakland. Residing on the West Coast was an adjustment–and a prod to do more when she moved back to San Antonio. “As soon as I came home, it gave me the drive to want to do more,” she said. “Before I left, I was doing the best that I could, but I don’t think that I was hitting my full potential.”

She took a job as a pest-control specialist with the City and watched for two years as the Tobin Center was built. In her daydreams, she was onstage, performing, becoming famous. And then came a phone call from Troy Peters, director of San Antonio Youth Orchestra, who was planning the group’s live performance of Radiohead’s 1997 OK Computer in collaboration with local artists such as Nina Diaz and Pop Pistol. He wanted Alonzo to perform one of the album’s songs.

“That’s a really crazy example of manifesting thoughts into your reality,” she said. “Because I’m not even famous. I’m still scaring birds (out of trees).”

Alonzo’s story could be a fairy tale, but the 28-year-old lesbian is reality driven. Her loyalty and commitment to her family help define her. “I want the same things that everyone else wants,” Alonzo said. “I want to be married with a house and kids, and I want to be stable. I want to support a family with my creative endeavors. And that’s not easy to do.

“I saw my godfather do it. So I know if I work hard enough, and I go out and get it, then I can do it. That’s what I am working towards. I want to be stable. I know, as a musician, stability is not a thing. For me, my endgame is to be stable as a musician.”

In February 2014, Neel Lane, along with litigation partner Barry Chasnoff, led a team from the San Antonio office of...