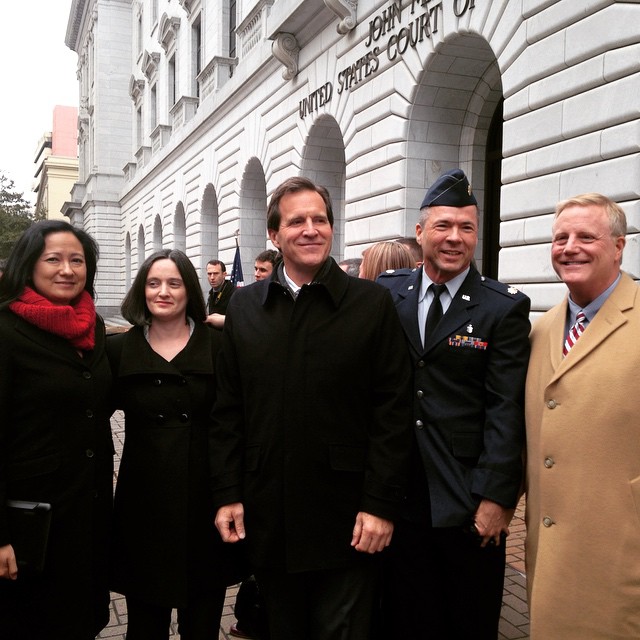 The State of Texas appealed Garcia’s decision to the United States Court of Appeals for the Fifth Circuit, in New Orleans. The case was heard in February 2015 with Lane and his team there to argue the case.

The Fifth Circuit never issued their ruling because in the interim the U.S. Supreme Court ruled in Obergefell v. Hodges that states are required to issue marriage licenses to same-sex couples and recognize same-sex marriages lawfully licensed out-of-state.

Speaking at a press conference in Austin on June 26, the day of the Supreme Court’s decision, Lane said, “Today is a wonderful day in America. The Supreme Court of the United States recognized that marriage is a fundamental right for every citizen regardless of sexual orientation, that everyone has a right to access that institution.”

On the afternoon of June 26, the day the Supreme Court made marriage equality the law of the land, Robert...