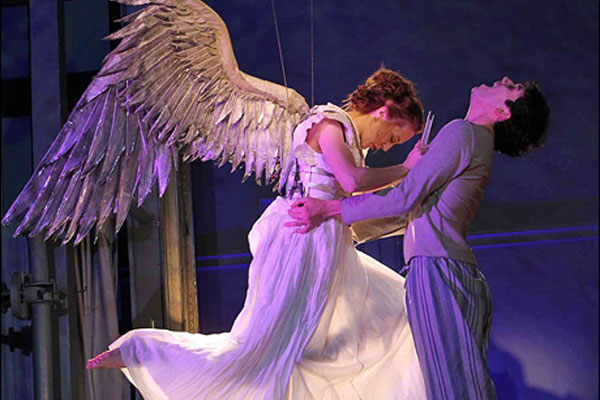 For those of us who can’t cross the globe to catch the London revival of Tony Kushner’s landmark play Angels in America: A Gay Fantasia on National Themes, it comes as a pleasant surprise that the National Theatre plans to broadcast its production to cinemas worldwide this summer.

Starring Andrew Garfield (Spiderman), Nathan Lane (Birdcage), and Russell Tovey (HBO’s Looking), the play offers an unsettling look back on the conservative Raegan era, when the lives of gay men were being ravaged by the onset of the AIDS epidemic. Revived in celebration of its 25th anniversary, the play opened to rave reviews back in May.

Since its 2012 premiere at the Bonham Exchange, the annual Rey Lopez Birthday Bash has featured appearances by some of...