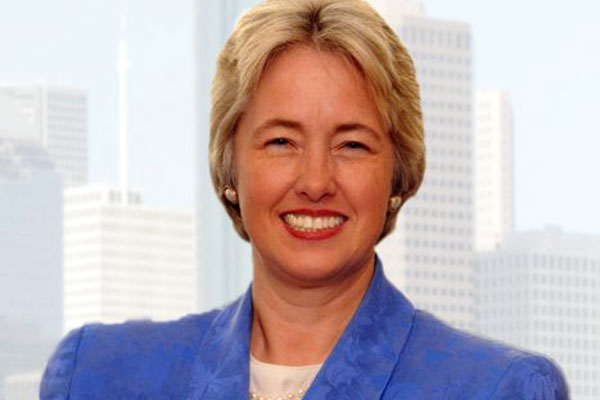 Annise Parker is the new CEO of the Gay & Lesbian Victory Fund and Institute. (Photo via Facebook)

Former Houston mayor Annise Paker announced she has accepted the post of CEO for the Gay & Lesbian Victory Fund and Institute.

According to its website, the Victory Fund works “to achieve equality for LGBTQ Americans by increasing the number of openly LGBTQ officials at all levels of government.”

The announcement was made on December 8 during the Victory Fund’s annual International LGBTQ Leaders Conference in Washington DC. Parker is taking the reins from Aisha Moodie-Mills who held the job for two-and-a-half years.

Parker served three terms as mayor of Houston and holds the distinction of being the only LGBTQ person to have been the mayor of a major U.S. city. Prior to that, she spent three terms as city controller and three years as a city councilwoman. In a statement, Parker acknowledged said the Victory Fund played an important role in her political career and looked forward to leading the organization.

“2018 could be a historic year for our community – with more openly LGBTQ people running for office in more places – and I am confident we will be a difference-maker in helping these candidates across the finish line,” Parker said. “I appreciate all Aisha has done to take the organizations to the next level, and am honored to continue to build on that success.”

“As the first openly LGBTQ mayor of Houston, Annise understands the challenges inherent in running and winning elected office, and she’s ideally positioned to help us fulfill our mission now and in the future,” said Kim Hoover, One Victory board chair.

“During Aisha’s tenure we grew the organization’s leadership initiatives to ensure LGBTQ people from across the country were prepared to run for office and be a voice for our community. . . We are grateful for her leadership, and now we are excited to build on her great work and use Annise’s experience and expertise to ensure Victory Fund and Victory Institute have an even greater impact moving forward. And she is eager to get started,” Hoover said.

Even though the Victory Fund’s headquarters are in Washington DC, Parker will continue living in Houston. She told the Washington Blade she plans to travel to DC and other U.S. destinations as required. Parker’s tenure begins on December 11.

Former Texas Judge Alleged to Have Molested Man for 35 Years

A former Texas state judge will have to defend himself in a sexual assault lawsuit that alleges he molested a...