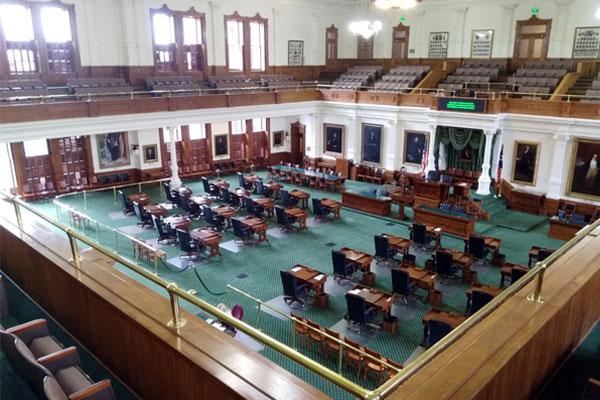 A so-called “religious liberty” bill that was killed in the Texas House last week has been revived in the Texas Senate where it appears to be on a fast track.

HB 3172, which was introduced by Rep. Matt Krause (R-Fort Worth), would have prevented any governmental entity from taking action against a person acting on a ‘sincerely held religious beliefs’, including ‘beliefs on marriage’.

In explaining the bill, Equality Texas said, “In other words, a person who blatantly practices discrimination cannot lose a government loan, contract, public university admission, accreditation or professional license, as long as they claim a ‘sincerely held religious belief.’”

Even as the death knell was sounding for HB 3172, the companion bill in the Senate, SB 1978, was being swiftly ushered to placement on the Senate’s agenda where it will be eligible for a vote in the coming days. The bill was originally filed by state Sen. Bryan Hughes (R-Mineola).

On Monday, the Senate State Affairs Committee waived the rule requiring a 24-hour notice of a public hearing on a bill, then held a hearing on SB 1978, with no one present to testify.

“Yesterday, in a glaringly empty room in the Capitol, two members of the Senate State Affairs Committee heard and passed SB 1978 in a matter of minutes. There was no notice, no public input, and no accountability. Why the secrecy? Because SB 1978 is a sweeping religious exemption bill that directly targets the LGBTQ community,” Equality Texas said in an email.

“It’s appalling to hold a ghost hearing and then take a snap vote that leaves virtually no chance for anyone to tell senators how such a sweeping discrimination bill would affect individuals and families across the state,” Kathy Miller, president of the Texas Freedom Network, said in a statement.

If the bill is passed in the Senate it will have still have to return for approval in the House where it must first have a hearing and be voted on by a House committee before it can be submitted for a floor vote, all ahead of a May 21 deadline.

“Texas cannot afford discrimination. It’s time for Republicans to let it go,” said Brittany Switzer, a spokesperson for the Texas Democratic Party. “It’s bad for business, bad for Texans, and just downright wrong. Every American deserves equal treatment under the law — no matter who they are or who they love.”

Gina Ortiz Jones, the Democrat who narrowly lost last year to U.S. Rep. Will Hurd, R-Helotes, is running again. By...