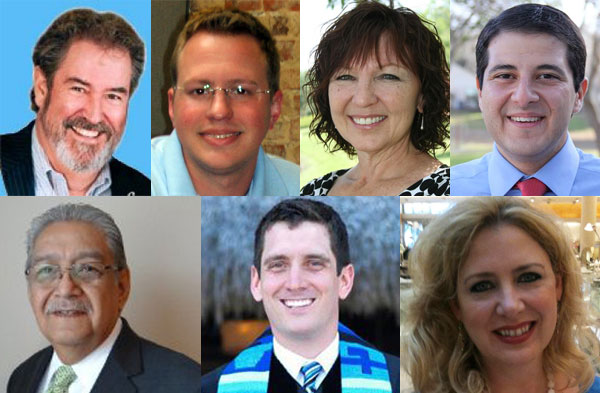 Fourteen District 1 residents have filed applications to fill the City Council vacancy created when Diego Bernal stepped down to run for Mike Villarreal’s seat in the State Legislature.

LGBT constituents in District 1 have a particular interest in who is chosen given that the district has the largest number of “gayborhoods” in the city. The district also is home to numerous LGBT businesses and organizations.

The applicant chosen to replace Bernal will serve until May 9, 2015, when the next municipal election is slated. Individuals interested in the position had until 5 p.m. December 5 to submit an application. They were also required to submit a letter of interest, a resume and a personal financial statement.

The applications will be reviewed Wednesday, December 10, at the City Council’s B Session, during which the mayor and council members will select the top three candidates. The following day, the City Council will vote on the replacement during their weekly meeting. The appointee will immediately be sworn in and get to work.

Following are those who applied for the position along with a brief description of their backgrounds.

MELANIE A. CASTILLO is a lawyer who graduated from St. Mary’s University Law School in 2010. She also has a master’s in public administration from the University of Texas at San Antonio. Currently, she is an associate attorney at Castillo Synder P.C. She was previously the assistant director of Bright Horizons.

ROBERT (BOB) L. COMEAUX is a retired union organizer who most recently worked as a servicing representative for the San Antonio Alliance of Teachers and Support Personnel.

Comeaux is known around town as “Bob the Union Guy,” a tribute to his having organized workers in 39 states over more than 40 years. He brought the first successful unfair labor practices suit against Walmart in 1976, according to an article in the Rivard Report.

Comeaux attended Robert E. Lee High School and the University of Houston, where he earned a bachelor’s degree in political science  He is currently deputy chair (Precinct 4) of the Bexar County Democrats.

JACK M. FINGER lists his occupation as self-employed. He is a perennial City Council gadfly and affiliated with extremely conservative religious organizations. He is a familiar figure at anti-LGBT protests.

CHRISTOPHER FORBRICH made two unsuccessful runs for the District 1 seat, in 2009 and 2011. Last March, he ran unsuccessfully for Bexar County Clerk. He says he is only interested in the interim position and would not consider running for office again. His IT firm, Forbrich & Associates LLC, is headquartered downtown in an historic office building on East Commerce Street.

SUSAN K. GALINDO was formerly board president of the North East Independent School District. In 1979, she received a bachelor’s in deaf education from the University of Texas. She graduated from Our Lady of the Lake University in 2008 with a master’s in organizational leadership.

Galindo is currently director of the Special Needs Ministry at University United Methodist Church. She previously worked as principal of the River City Christian School.

JOAQUIN GONZALEZ is the great-nephew of the late Congressman Henry B. Gonzalez, cousin to former Congressman Charlie Gonzalez, and nephew to County Court at Law Judge Monica Gonzalez. The chatter in political circles is that these familial ties could give him an edge in the selection process.

Gonzalez is a graduate of Alamo Heights High School. He studied Medieval History at Cornell University before transferring to the University of St. Andrews in Scotland. He is completing a degree with the London School of Economics international program. Last year he served as State Rep. Philip Cortez’s legislative director. He currently lists his occupation as self-employed.

Earlier this year, Gonzalez ran in the Democratic Primary for County Commissioner Precinct 4 and came in fourth in a field of six candidates. According to his application, he’s only lived in District 1 for nine months.

HOLLY L. KEYT is a physician specializing in internal medicine. She graduated from University of Nebraska College of Medicine in 2009 and is affiliated with the University of Texas Health Science Center at San Antonio where she served her residency (2010-2012) and is currently on a fellowship (2012-2015) in pulmonary disease and critical care medicine.

JUSTIN P. NICHOLS is an attorney who graduated from St. Mary’s University School of Law. He holds a B.A. from Southern Methodist University in political science, and is a past president of the Teen Court Association of Texas. Nichols was endorsed by the Gay and Lesbian Victory Fund in 2008 when he ran for the Plano, Texas, City Council. His firm, the Nichols Law Firm PLLC, is representing the cases of a transgender man and a lesbian couple who filed complaints with the city under the new nondiscrimination ordinance.

CHARLES K. PARKER lists his occupation as retired. At press time, he had not responded to a telephone call asking to confirm his background information.

FRANK A. QUIJANO is a retired management consultant. He was the chair  of the Industrial Automation and Engineering Department at Palo Alto College, director of Instrumentation Services at the University of Texas Health Science Center San Antonio, and a unit career advisor with the U.S. Air Force Reserves. Quijano graduated from Wayland Baptist University with a master’s in organizational leadership.

J. GAVIN ROGERS is director of outreach at Christ Episcopal Church. He lives and works among the poor in Section 8 housing at the Thunderbird Apartments. Rogers received his divinity degree from Duke University where he was student body vice president and a member of the LGBT Task Force. He considers himself a straight ally to the LGBT community. He is currently working toward his ordination as an Episcopalian priest.

DRU VAN STEENBERG lists her occupation as a business accountant. She has worked as vice president of marketing and public relations for the San Antonio Conservation Society and was president of the Monte Vista Historical Association. Van Steenberg also serves as treasurer on the board of Preservation Action, a national grassroots lobby for historic preservation. She and her husband, Timothy Cone, are the owners of the Olmos Bharmacy. Cone is the District 1 representative for and chair of the City’s Historic & Design Review Commission.

ROBERT C. TREVINO is an architect with his own firm, Roberto Carlos Trevino, Architect PLLC. He is a member of the board of the Bexar Appraisal District and also serves on the board of the Airport Advisory Commission. He is a graduate of Texas Tech University where he earned a bachelor’s in architecture and a master’s in business administration.

The Lion Sings Tonight for AIDS research and support