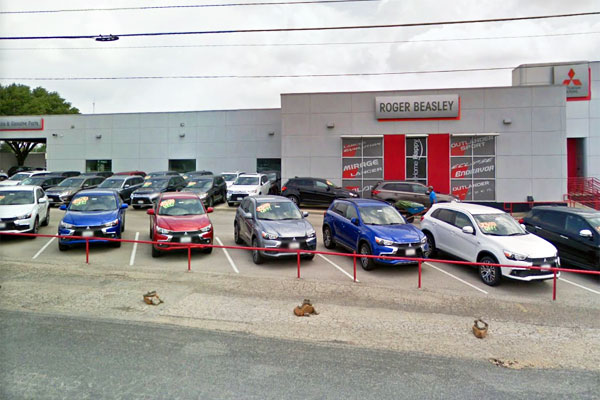 An Austin car dealership is appealing the decision of a U.S. District Court judge who ruled the company cannot dismiss the claim of invasion of privacy made by a fired employee who says management openly discussed his transgender status with fellow employees.

On January 31, District Judge Lee Yeakel denied the Roger Beasley Automotive Group’s motion to dismiss Bradley R. Rudkin’s claim that his privacy was violated by the disclosure of his trans status. Beasley says it was an “exercise of the right of free speech on a matter of public concern.”

On February 26, Beasley filed an appeal to the U.S. Court of Appeals for the Fifth Circuit which is considered one of the most conservative courts in the country.

Last summer, Rudkin, the former general sales manager of Roger Beasley Mitsubishi, filed a lawsuit against Beasley after being fired without notice and without any prior written or verbal warnings.

In his suit, Rudkin maintains he was discharged from the dealership on the basis of his sex; that Beasley failed to honor the terms of his employment agreement, salary and commissions; and that his privacy was invaded.

Beasley filed a motion to dismiss Rudkin’s claim of invasion of privacy, saying it had a First Amendment right to disclose Rudkin’s gender identity and asserting that discrimination against transgender people is not against the law. However, Magistrate Judge Andrew W. Austin and Judge Yeakel both ruled Beasley failed to prove that claim.

Rudkin’s attorney, Justin P. Nichols, told Out In SA he isn’t sure how the Fifth Circuit will rule considering its conservative leanings. However, he said Rudkin’s original suit will not be stalled by the appeal. The trial has been set for February 2019.

Editor’s note: Rudkin and attorney Nichols have communicated to Out In SA that for the purpose of this article, Rudkin is comfortable with the use of masculine pronouns.

Bexar County Commissioners voted on Tuesday, Feb. 27 to update the county's Equal Employment Opportunity policy to include protections for...