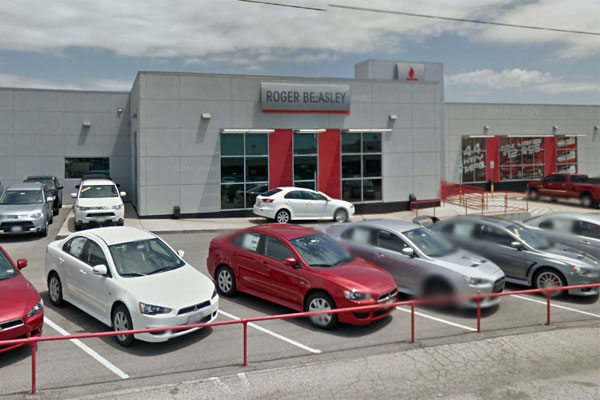 This article was updated to include replies from Beasley Automotive and from Mr. Rudkin’s attorney.

A car dealership in Austin, which is being sued for discrimination by a transgender employee, says freedom of speech gave the company the right to out the employee to other staff members.

On August 1, Bradley R. Rudkin, a trans man and the former general sales manager of Roger Beasley Mitsubishi, filed a lawsuit against the dealership after being fired without notice and without any prior written or verbal warnings.

In his suit, Rudkin maintains he was discharged from the dealership on the basis of his sex; that Beasley failed to honor the terms of his employment agreement, salary and commissions; and that Beasley managers invaded his privacy by disclosing his transgender status to the dealership’s other employees.

On October 12, Beasley filed a motion to dismiss Rudkin’s claims that his privacy was violated by saying the disclosure of his trans status was an “exercise of the right of free speech on a matter of public concern.” In a post on the PRLog website, Rudkin says shortly after he was employed by Beasley in 2015, Jim Bagan, the company’s vice president, asked him if he was a crossdresser. Rudkin responded, “Do you really want me to comment on that?” to which Bagan said, “No, just keep it professional.”

On another occasion, the dealership’s employees laughed and taunted Rudkin with crude remarks when he was visited at work by his girlfriend who is a trans woman. It was shortly after that incident when Rudkin was fired.

According to the PRLog post, Rudkin was an award-winning general sales manager achieving a $350,00 profit during his first year with the dealership. Rudkin says his sales team won the Mitsubishi Come Back Cup Award in 2015, achieving a 540 percent improvement in sales from the previous year.

The unusual claim that Beasley Auto had a First Amendment right to disclose Rudkin’s gender identity is bolstered by the company’s assertion that discrimination against transgender people is not against the law.

Rudkin’s attorney, Justin P. Nichols, told Out In SA that in Beasley’s answer to the lawsuit, the company’s lawyer, Lynn Fielder of Downs Stafford in Dallas, argued that, even if the harassment occurred, it is no longer covered under Title VII sex discrimination. This was weeks before the Trump administration’s October 4 directive from the Justice Department which rolled back protections for trans workers.

After this article was posted, Out In SA received an email from Steve Tonsi, the CFO of Roger Beasley Mazda Hyundai Mitsubishi, in which he shares an April 19 letter the company sent to the EEOC with a list of 10 “fireable offenses” which Rudkin is said to have committed.

Out In SA also received an email from Chelsea Bancroft, social media and reputation manager for Roger Beasley Mazda Hyundai Mitsubishi, which said:

In response to your article published on outinsa.com, I would like to address the accusation that Roger Beasley terminated an employee on the bases of sexual orientation. The employee in question was terminated for numerous violations of company policy and ultimately violation of the law. According to a customer’s complaint to the Texas Office of Consumer Credit Commissioner, this employee created and presented fake documents to financial institutions falsifying customer’s income in an attempt to qualify him for financing. The night before his termination, we discovered proof verifying that claim on his work computer. We had no choice but to terminate the offending employee.

This termination was in no way related to the employee’s gender, race, or sexual orientation. Roger Beasley dealerships have a strict policy prohibiting discrimination against any employee or customer based on gender, race, or sexual orientation. We welcome anyone as they are and will continue to do so in the future. Respectfully, we ask you to please take the article down.

Out In SA contacted Rudkin’s attorney, Justin P. Nichols, who offered the following statement in response to Tonsi and Bancroft’s emails:

It is ironic Beasley Automotive wants the free press to remove a news story while simultaneously arguing in court they have a first amendment right to out a trans employee.

Mr. Rudkin denies any wrongdoing and maintains his version of the facts are true. That will be up to a jury to decide.

Unfortunately, Roger Beasley has elected to raise, what we view, are anti-equality claims and defenses, including: (1) that, even if harassment occurred, Title VII doesn’t protect transgender employees, and (2) an employer is protected by the First Amendment when outing trans employees if a subsequent suit is filed.

Every lawsuit involves disputed events. What’s concerning to my client, and to the LGBT community, is Roger Beasley’s legal arguments that, if successful, would create anti-trans case law.

Beasley’s legal arguments and filings are a matter of public record and speak for themselves.

On June 10, Ron Nirenberg did the unthinkable: After two terms as a Councilman for the Northside District 8, he...