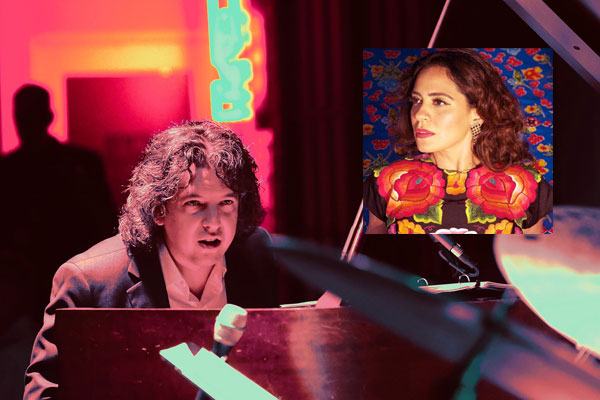 Azul Barrientos will present her first monthly Noche Azul concert of the year on January 26 at the Esperanza Peace and Justice Center where she will be joined by jazz pianist Aaron Prado.

Barrientos, who is from Mexico City, has been artist-in-residence at the Esperanza Peace & Justice Center since 2007 where her monthly Noche Azul concerts have showcased traditional Mexican music and over time, embraced all genres including boleros, rancheras, folk music, jazz and electronic music. She’s also used her music as a way to make political statements and give voice to various social justice issues.

Prado trained at New York University’s Jazz Studies graduate program, and has performed with dozens of jazz legends. For a time he was the music director for Trinity University’s KRTU-FM where he helped build that station’s reputation as a regional jazz powerhouse. He received a Doctor of Musical Arts with a jazz performance specialty from the University of Texas Austin. He often performs with his father George, a bass player, as part of the Aaron Prado Sextext.

Noche Azul de Esperanza is an ongoing series of intimate cafe style performances in which Barrientos explores a new theme and musical lineup each month.

Noche Azul de Esperanza with Azul Barrientos and Aaron Prado, Saturday, January 26 at 8 p.m. at the Esperanza Peace & Justice Center, 922 San Pedro Ave. Tickets are $7 and available only on the day of the concert. Box office opens at 6:30 p.m. Doors open at 7:30. Parking is available at San Antonio College in Lots 21, 28, 29.

Originally published in the San Antonio Current. Starring Liz Bouk and Jose Rubio, the contemporary opera As One tells the...