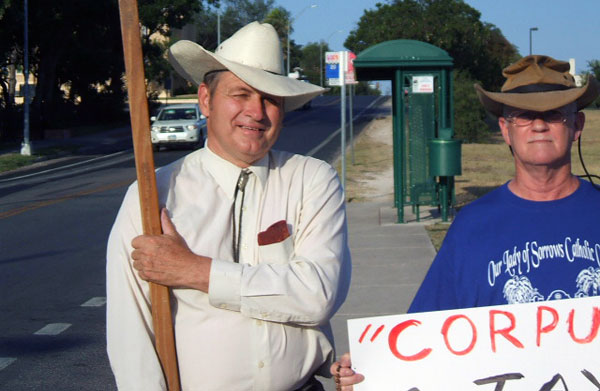 The executive committee of the Bexar County Republican Party on January 8 voted down a resolution that sought the “repeal of our local governments’ pro-homosexual policies.”

The resolution, which was circulated to local GOP precinct chairs in mid-December, called for the repeal of the nondiscrimination ordinance that was approved by the City Council last September and urged the roll back of domestic partner benefits to city and county employees. (Click here for related article.)

The committee that drafted the ordinance was chaired by Jack M. Finger, perennial City Council gadfly and Christian extremist. It was revealed at the meeting that Finger’s committee had not been appointed by the party chairman and was acting of its own accord.

Attorney Justin P. Nichols, a precinct chair who attended the executive committee meeting, told Out in SA that despite the cold weather about 75 precinct chairs were present.

“The resolution in question was the last agenda item,” says Nichols. “After Mr. Finger’s fear mongering presentation, the floor was opened for discussion. Not a single precinct chair spoke in favor of the resolution, with at least four other people speaking against it on various grounds. I spoke last, and the question was called. I don’t recall the exact vote, but it was approximately 54-21, a margin of nearly 2 to 1, rejecting the resolution, which was then declared to have failed.”

Nichols says he told the assembly that the resolution did not reflect the “true priorities of the party” but reflected “one man’s peculiar obsession with the topic of sexuality.”

Nichols added that Finger was alone in spreading his anti-LGBT message. “Beside Jack’s befuddled scrambling to hand out his classic bush-league leaflets, and his own absurd explanation of the NDO, not a single person at the meeting spoke a word of disdain or disrespect for any LGBT person or group.  I was really very pleased at the speed with which the party ended Jack’s charade and got on to real business.”

The sincerest form of flattery? One design, two SA designers

Anyone who knows anything about what San Antonio is like at its deepest, darkest core knows that our fair “city...