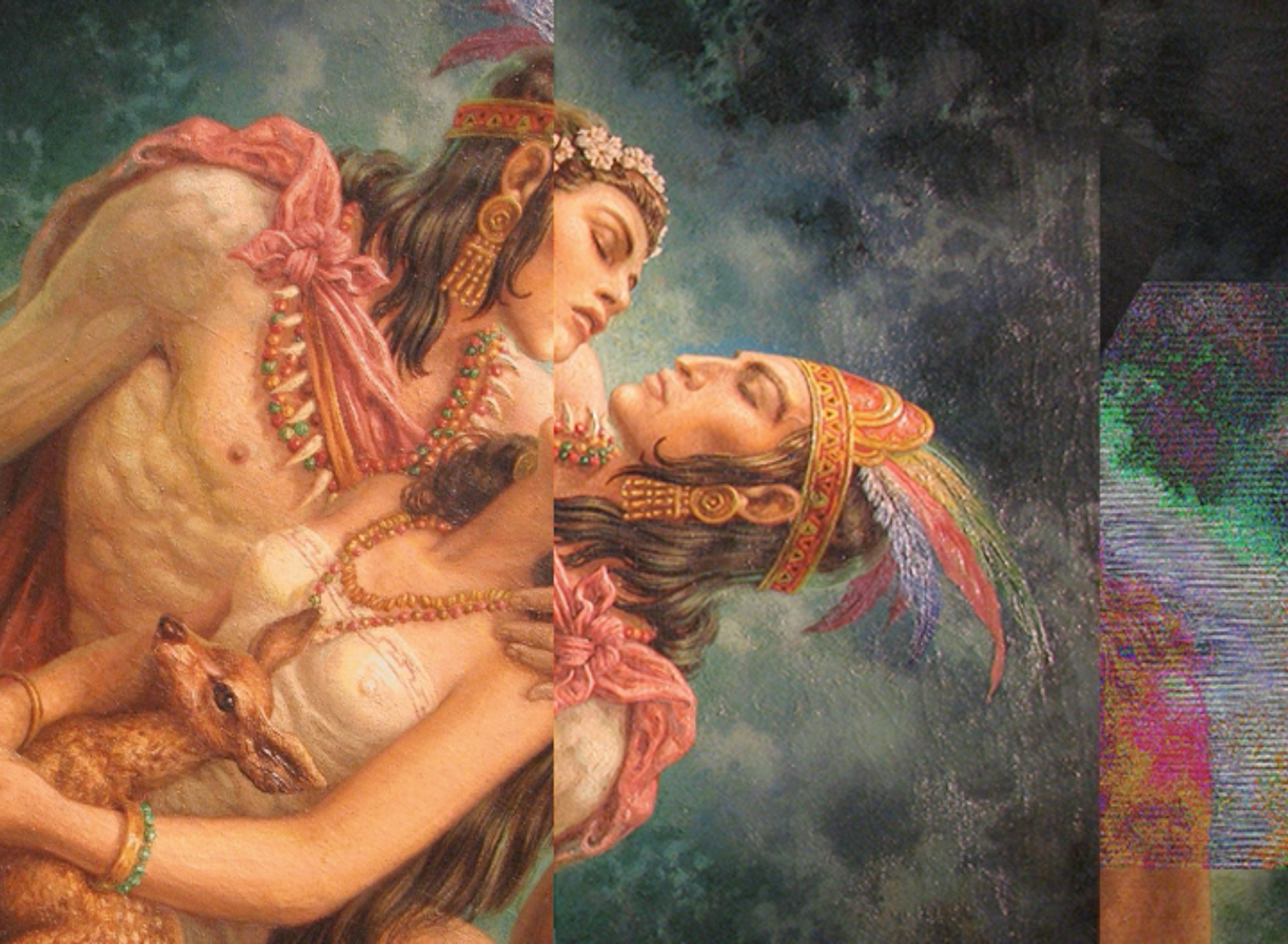 South Side native Mark Anthony Martinez recalls living in Portland, Oregon, where he was attending Pacific Northwest College of Art after graduating from Brackenridge High School in 2005. He probably never imagined he would experience racial discrimination in this day and age.

“It was the first time I actually felt I was a minority, even though I am a minority,” he said. “I experienced my identity through other people’s eyes. I remember being followed around in stores [by store employees] and not being taken seriously as an artist.”

His younger brother Michael Martinez was also residing in Portland and pursuing a degree at Pacific Northwest. His usual attire was that of a zoot suit — baggy trousers, suspenders and hat — popular with the Mexican-American culture of the 1940s and ’50s. But it caught him by surprise, when he was walking home from school one day; as he walked past an older woman she yelled, “Latino trash!”

Now back in San Antonio, the siblings have collaborated on “Profiling Made Visible: The Art of Mark Anthony Martinez & Michael Martinez,” a collaborative exhibition opening with a reception on June 4 (free, 5:30-8:30pm Saturday, June 4, Bihl Haus Arts, 2803 Fredericksburg Road, (210) 383-9723, bihlhausarts.org). On view through July 9 (1-4pm Fridays and Saturdays and by appointment), the exhibition features photography, video, installation, and performance works that focus on issues relating to the widespread prevalence of racism and homophobia in contemporary American society.

Mark Anthony, the 29-year-old visual arts director for the Guadalupe Cultural Arts Center, said his works deal with “whiteness.” “I’m a brown artist, and I talk about whiteness as a power structure. You don’t necessarily need white people to have whiteness. But it does create a hierarchy and a sense of exclusion,” he said.

In his paintings, he uses a color called “beige rage,” which he has made at a home improvement store, in reference to skin tone. “It often leads to a conversation in which people will say, ‘Oh, that looks like me.’ It’s a heavy conversation, but I put humor in [my work], too, because no one is a flat shade of beige.”

Michael, meanwhile, is openly queer. He said his works are an exploration and reflection of coming out, and examine alternative gender expression. “It revolves around looking at queer identity as a spectrum and inserting myself in this queer narrative of someone who recently came out,” the 25-year-old artist said.

For instance, in his video piece Only to Dream, the artist has taken scans of Aztec and Mayan masks and distorted them using a sound editing program. He then overlaid the masks with quotes from Aztec and Mayan poetry.

“They speak toward an alternative history of how we see these peoples,” Michael explained. “They’re usually depicted as savages and highly masculine. I researched Aztec and Mayan poetry and found text that hints at homosexuality in pre-Columbian times.”

Exhibition curator David Rubin said after becoming Facebook friends with both brothers, he learned about their two-person show at AP Art Lab in October 2015. He went online to learn more about their art.

“Both deal with racism and homophobia that a lot of Americans refuse to admit exist,” Rubin said. “I was sympathetic to their story, and it was an opportunity to discover young talented artists who need more exposure. Both show great promise for the future. Plus, the fact that they are brothers makes this exhibition really interesting.” “Profiling Made Visible” is funded in part by a grant from the City of San Antonio Department for Culture and Creative Development and by Friends of Bihl Haus Arts. Several special events are planned in conjunction with the exhibition including:

Inspired by queer Latinx artist Michael Martinez’s exploration of “the function of stereotypes — how they come to inform law and the imagination of North America — in the age of state-sanctioned racial profiling,” this gallery talk with Will Robertson addresses the socio-cultural effects of making queerness visible in medical environments. Robertson writes: “I explores the ways medical practice makes some categories of sex/gender, sexuality and race more or less visible than others through an examination of queer identity disclosure in medical settings. Drawing on the work of French social theorist Michel Foucault, I argue these acts of disclosure make queer bodies categorizable and thus more intelligible, countable and controllable.”

Robertson is in a Ph.D. student in the School of Anthropology at the University of Arizona focusing on medical anthropology and gender studies. He earned his BA and MA degrees in anthropology at UTSA, where he also taught courses on anthropology, sociolinguistics, kinship and gender. His dissertation research examines how the practice of medicine shapes cultural beliefs and understandings of gender and sexuality.

Local poets share their work in a reading organized by Michael Martinez.

On Monday, May 30, an article in the Washington Post chastised Texas Governor Greg Abbott for his “over the top”...