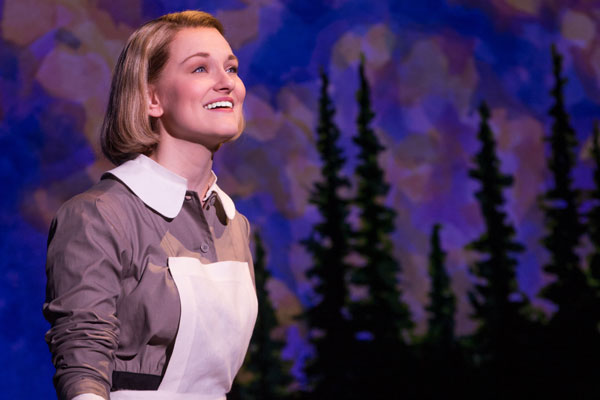 Kerstin Anderson plays Maria in the touring company of "Rogers and Hammerstein's The Sound of Music" which opens at the Majestic Theater on September 13. (Courtesy photo)

Since its original Broadway opening in 1959, Rodgers and Hammerstein’s The Sound of Music has had many lives, each time working its way into the minds and hearts of a new generation.

It was to be Richard Rodgers and Oscar Hammerstien’s final collaboration as the “golden age of musicals” came to a close in the late 50s and early 60s. Many of its songs have become American standards with perhaps John Coltrane’s 1961 version of “My Favorite Things” best exemplifying the lasting impact and cross-generational appeal of Rodgers and Hammerstein’s songwriting.

In 1965, a film adaptation of the musical starring Julie Andrews and Christopher Plummer won five Academy Awards, and in 2013 a live television production starring Carrie Underwood was seen by over 44 million people.

Now, three-time Tony Award winning director Jack O’Brian has taken the task to revamp the classic musical for a national tour starring his most recent discovery, the young actress Kerstin Anderson who will play the lead role of Maria. O’Brian’s approach is not a dramatic departure but rather a nuanced take on the original script with all of its familiar tunes and beloved storyline still intact.

After opening to strong reviews in September of 2015, O’Brian’s adaptation of The Sound of Music  arrives at the Majestic Theatre for a week-long run September 13 – 18 courtesy of Broadway in San Antonio.

Rodgers and Hammerstein’s The Sound of Music