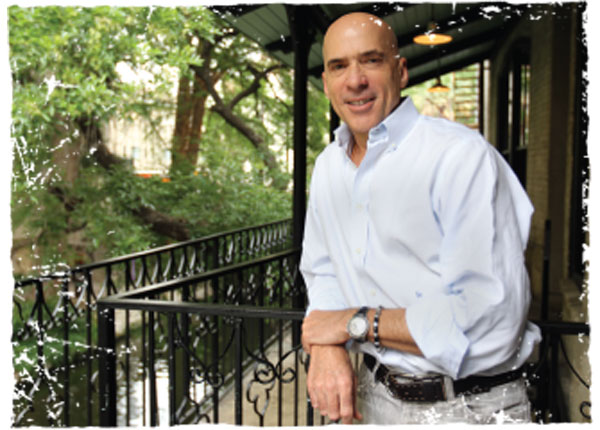 Christopher Hill, architect, developer and owner of the Esquire Tavern, has been chosen as San Antonio’s 50th King Anchovy. Hill will reign over this year’s edition of Fiesta Cornyation on April 21 through 23 at the Charlene McCombs Empire Theater.

Hill was recently in the headlines after he announced he is seeking approval from the city to build a new multistory hotel at the northwest corner of Commerce and St. Mary’s Streets downtown.

Following is Hill’s bio which is featured on the website of the Esquire Tavern.

Christopher Hill, architect, developer and occasional preservationist, refers to himself as the “reluctant restaurateur” and swears that he restored and reopened The Esquire Tavern against his better instincts. The quality of the tavern’s food and drink and the obvious care lavished on the renovation belies Chris’s purported second thoughts. The team he has assembled to put The Esquire back on the map is meeting his high expectations… and then some. Chris’s other projects include Sendero Ranch, Retablo Ranch, San Antonio Loan and Trust Building, the Gallagher Headquarters and St Benedict’s Lofts.

Hill will be interviewed “On the Charteuse Couch” by Gene Elder in the next print edition of Out In SA which will be on stands February 18.

Cornyation is billed as the “raunchiest, cheapest event of Fiesta” and yearly raises thousands of dollars which are then distributed to local non-profits. In 2014, Cornyation raised $168,00. The San Antonio AIDS Foundation and BEAT AIDS each received $80,000 apiece and three scholarships were given to students who are studying theater arts.

Checkout the Cornyation website for information, tickets and showtimes.