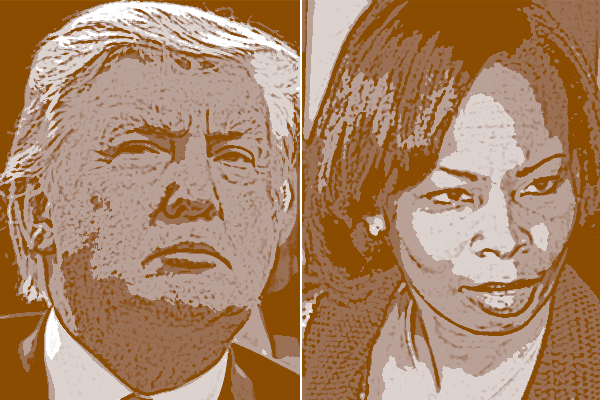 Organizers of the 'March Against Hate' cite similarities between the coming presidency of Donald J. Trump and the administration of SA Mayor Ivy R. Taylor.

Calling out what they say are similarities between President-elect Donald J. Trump and San Antonio Mayor Ivy R. Taylor, Mujeres Marcharan, organizers of the San Antonio International Woman’s Day March, are planning an event on January 21 dubbed, “From Trump to Taylor, SA Women March Against Hate.”

In their announcement about the event, Mujeres Marcharan says they are protesting “. . . the hate, misogyny, transphobia, homophobia, xenophobia, displacement, violence against our peoples and planet, and all the oppressions that the new U.S. federal administration has vowed to embrace and perpetuate.”

Event organizers cite the “connections and similarities” between Mayor Taylor’s administration, which they say is “wrought with ethics transgressions, misplaced economic priorities, and direct opposition to equality and community” and Trump’s coming presidency, “[which is] expected to be among the most oppressive to date.”

“While we strategize how to survive the next presidential term, we in San Antonio also face critically important local elections in May. The stakes and issues are similar to those in the recent federal elections, but our ability to participate, impact, and have a voice in shaping the community we want to live in is magnified,” Mujeres Marcharan organizers say in their announcement.

March Against Hate planners also call on San Antonio mayoral and city council candidates  to “acknowledge that our city is not for sale, that water is sacred, and that our neighborhoods deserve improved infrastructure and fair access to quality education, health and well-being.”

Mujeres Marcharan presents “From Trump to Taylor: SA Women March Against Hate,” Saturday, January 21 from 11 a.m. to 3 p.m. The event begins at City Hall, 100 Military Plaza, with a State of Community address and continues with a march to another location (to be announced) where a Vision for Our Community address will be given. For more information, contact Mujeres Marcharan by message via their Facebook page.

Calls to Pass Cyberbullying Law on Anniversary of Student’s Death

Two San Antonio lawmakers are calling for the passage of an anti-bullying law named in honor of David Bartlett Molak,...