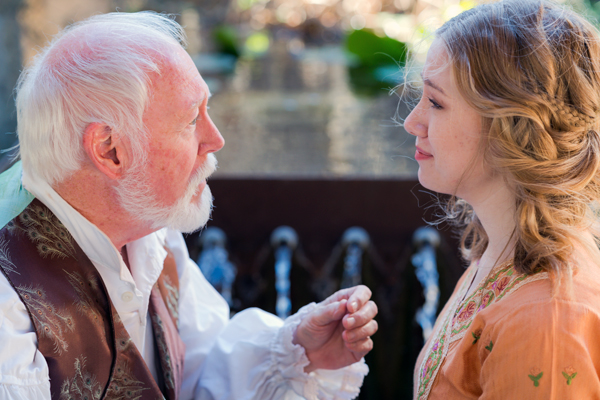 Allan Ross as Prospero and Grace Lamberson as Miranda in the Classic Theatre's production of "The Tempest." (Photo by Siggi Ragnar)

With the 400th anniversary of his death in 2016, The Classic Theatre now presents one of the playwright’s greatest work: The Tempest.

Part fairytale and part romance, The Tempest is set on a remote island and tells the story of Prospero, a sorcerer and exiled Duke of Milan, who must restore his daughter to her rightful place as princess of Milan.

It is considered the last play that Shakespeare wrote alone and remains as relevant today as it was in 1610 when it is believed to have been written.

The play opens on Friday, February 17 with a Community Talk Back to be held on March 5. The Tempest is directed by Mark McCarver and stars Allan Ross as Prospero and Grace Lamberson as Miranda.

Originally published in the San Antonio Current Governor Greg Abbott decided to attack the NFL over Twitter this weekend for...