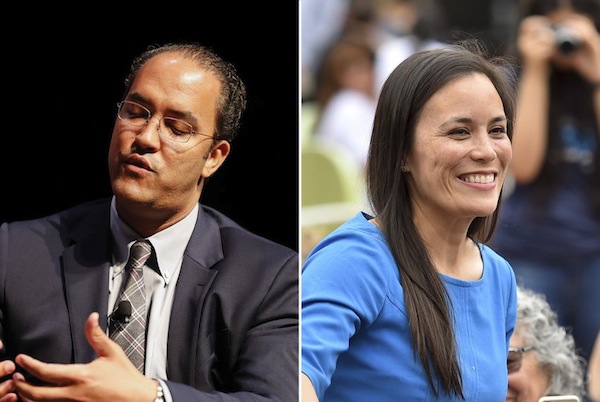 Almost two weeks have passed since the election, but Jones had been holding out hope and waiting to see all outstanding ballots counted.

Democrat Gina Ortiz Jones conceded Monday in her challenge to U.S. Rep. Will Hurd, R-Helotes, ensuring a third term for Hurd in his perennial battleground district.

“While we came up short this time, we ran a race of which we can be proud,” Jones said in a statement. “I remain committed to serving my community and country, and I wish Will Hurd the courage to fight for TX-23 in the way in which our district deserves.”

Her statement comes nearly two weeks after the election. Hurd has consistently led Jones by roughly 1,000 votes or more out of about 209,000 cast, but she had been holding out hope and pushing to make sure all outstanding ballots were counted.

Jones had been particularly concerned with provisional ballots, or ballots that were cast when there was a question about a voter’s eligibility. Last week, Jones’ campaign went to court to try to force Bexar County to hand over a list of such voters before the Tuesday deadline for them to resolve their issues. The campaign also sought a 48-hour extension of that deadline. Both requests were denied.

More recently, Jones’ campaign had turned its attention to Medina County, which had been set to canvass its results Thursday but postponed the decision until Monday morning due to an unclear issue. Jones’ concession came after Medina County completed the rescheduled canvass.

“Our campaign was based on the belief that everyone is equal — equally deserving to be heard at the ballot box and served in our communities,” Jones said in the statement. “We worked hard to make this a reality, understanding this is the only path toward the more perfect union that our founders envisioned.”

With the race still unsettled, she headed to Washington on Wednesday to attend freshman orientation. She had been invited by the Committee on House Administration, which allows candidates in uncalled races to participate in the programming.

As Jones held off on ending her bid, Hurd’s campaign maintained that his lead was insurmountable and that she should concede. After Jones’ concession, Hurd issued a statement thanking her and her supporters “for engaging in the democratic process.”

“To thrive, our democracy needs a vigorous competition of ideas, and whether you voted for me or not, I will need your help,” Hurd said. “To the residents of TX-23, thank you for giving me something that hasn’t happened in over a decade, the privilege of representing you for a third term. I will continue fighting for you every day in Congress.”

Originally published in the San Antonio Current. To celebrate World AIDS Day, Unify San Antonio is bringing sexy back at...