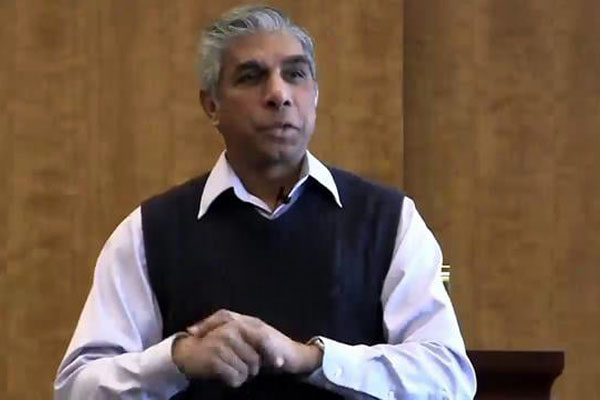 Fr. Paul Coutinho will be the keynote speaker for Dignity San Antonio's observance of Solidarity Sunday on October 11 at the Lutheran Church of the Good Shepherd. (Courtesy photo)

DignityUSA started Solidarity Sunday in 1995 as a way of making its opposition to anti-LGBT violence visible and to remember those who have lost their lives because of who they are or who they are perceived to be. The observance recalls all forms of violence including physical, verbal, discrimination and exclusion.

Solidarity Sunday is observed annually across the country in conjunction with National Coming Out Day on October 11. Dignity SA’s service will be held at the Lutheran Church of the Good Shepherd.

Dignity’s focus on LGBT violence is underlined by the many hate crimes committed annually. The Human Rights Campaign’s 2009 study, Hate Crimes and Violence, reports FBI statistics “consistently show that lesbian, gay and bisexual people, and those perceived to be LGB are attacked more that heterosexuals relative to their estimated population size in the United States. Since 1991, more than 100,000 hate crime offenses have been reported to the FBI.”

As a national organization of LGBT Catholics, Dignity is urging its members to observe Solidarity Sunday by “Wearing a rainbow ribbon as a sign of support for LGBT people; incorporating the Solidarity Prayer in public worship; praying and advocating for LGBT dignity and equality in the Church and throughout the world; and making a promise to work for an end to discrimination and violence against LGBT people.”

The keynote speaker for Dignity SA’s observance will be Fr. Paul Coutinho, a native of India and a Jesuit from the Bombay province.

Fr. Coutinho is an Ignatian scholar and author. He creates programs in Ignatian identity and mission for the Saint Louis University’s Mission and Ministry office.

He is the author of several books including How Big Is Your God?: The Freedom to Experience the Divine,  Sacred Darkness: Encountering Divine Love in Life’s Darkest Places, Just as You Are: Opening Your Life to the Infinite Love of God, and An Ignatian Pathway: Experiencing the Mystical Dimension of the Spiritual Exercises.

“I’ve lived a lot since I was 29 and I understand the songs better now than I ever did.” Jazz...