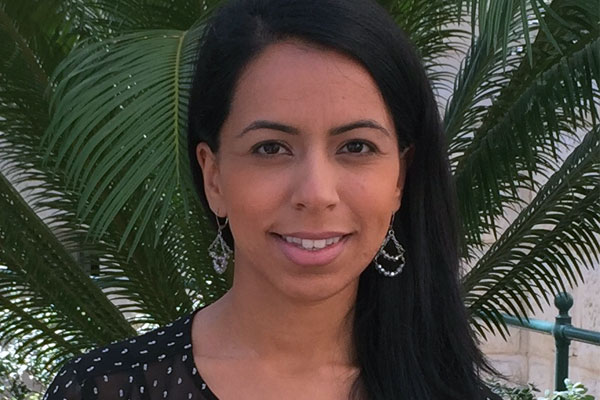 Deputy City Attorney Veronica Zertuche says over 100 people applied for the position of diversity and inclusion officer including attorneys, ex-military and corporate executives. In the end, 31-year-old Kiran Bains, an applicant with impressive credentials, got the job.

The newly-hired Bains will administer and manage the activities of the Diversity and Inclusion Office, which is tasked with investigating claims of discrimination under the city’s nondiscrimination ordinance.

Two years ago, after a long and bitter City Council approval process, the ordinance was expanded to include protections for LGBT citizens and veterans.

The Diversity and Inclusion Office was created last May when the City Council approved the new department as part of the city budget.

Bains was working in Austin when she first heard about the job. “I was coming out of my position in Austin. I was thinking, where can I begin to look in San Antonio where I can work on similar initiatives? I went to the City of San Antonio website and found the listing there.”

In Austin, Bains was spearheading a diversity and inclusion initiative for AmeriCorps which involved coaching over 4000 first generation college students across Texas.

Bains also has worked as an educator at the Sadie Nash Leadership Project in New York City; as a research coordinator at the Social Science Research Council in Brooklyn; and as a program coordinator for the Grassroots Reconciliation Group in Gulu, Uganda.

“My family came from London when I was two years old. San Antonio is all I know. I was raised here and I went to St. Mary’s University,” Bains told Out in SA.

While growing up, she attended Locke Hill Elementary, Hobby Middle School and the Health Careers High School. She is the youngest of three daughters in her family.

Bains is a first generation college graduate. Besides her bachelor of arts in international business relations from St. Mary’s University, she has a master’s degree in peace studies from the University of Notre Dame and a master’s in anthropology from the New School for Social Research.

Bains says she is often mistakenly identified as a Latina. “I am so frequently taken for being Mexican American or Latina that I have almost internalized the expectation that I should be speaking Spanish. I’ve never had any negative association with that aspect of my identity,” she says.

She recounts an experience she had while attending Notre Dame. “The university was going to start a scholarship for Latino students and my photo was posted on the front page of the school paper with a caption that said, ‘Apply for the Latino scholarship.’ I don’t identify as a Latina. I grew up in an Indian family and I thought: Okay, when some see a person of color, assumptions are made about that person’s identity.”

“I feel so happy to be returning to San Antonio at this time and honored to have found the diversity and inclusion officer position when I did,” says Bains.

She plans to reach out to the community to help citizens understand “what it means to have these expanded protected classes and to look back over the past two years at the complaint process . . . strengthening and streamlining it to make it more accessible.”

One of the first things Bains is working on is relaunching the NDO website. The original site has to be accessed through the web page of the City Attorney’s office. The new site, which should debut in a few weeks, will belong to the Office of Diversity and Inclusion. She says she wants to make sure the content on the site is easily understandable by those who wish to file a complaint.

Bains says she looks forward to offering presentations and training sessions about the city’s diversity and inclusion practices to local businesses and community organizations. She adds that her goal is to make her job less about enforcement and more about educating the community.

Out of the kitchen: Andrew Goodman

“I like to be in restaurants, and it’s even better when you aren’t responsible.” On rare days when he has...