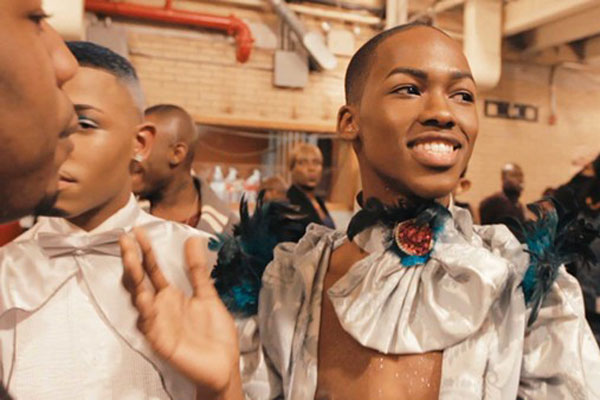 Co-written by Jordenö and Twiggy Pucci Garçon (a New York City-based “ballroom gatekeeper” who founded the Opulent House of Pucci and works with Cyndi Lauper’s True Colors Fund), Kiki indeed picks up many of Paris Is Burning’s fascinating threads as it follows at-risk LGBTQ youth who’ve found families within the Harlem ball culture that reached the public eye in the 1980s.

But while Livingston’s doc focused more on the performative aspects of that culture (including competitive vogueing, categories such as “butch queen” and “executive realness,” throwing shade and going “mopping” — read: shoplifting — for a new outfit), Kiki brings to light a new generation of performers involved in a subculture built around activism and awareness.

Speaking to The Hollywood Reporter last year, Kiki co-star Gia Marie Love explained, “Kiki is a political statement, because kids ages 13 to 24 are among the highest at-risk groups in our country. The Kiki scene was created to provide education to that at-risk group through many different outlets.”

Exemplified by a cast that addresses pressing issues LGBTQ youth of color face, from HIV/STI prevention to transphobia and homelessness, Kiki prioritizes survival and resilience over theatricality and competition. But there’s plenty of fierce theatrics, too. As the Reporter summed it up, Kiki is an “innately political film,” one that offers “an all-access pass to the dance-offs among various houses whose very names are a guarantee of streetwise theatricality — from the House of Amazura to the House of Unbothered Cartier.”

As part of the programming accompanying the city of San Antonio’s Pride month exhibition “We Are,” Culture Commons hosts a screening of the Teddy Award winner to be followed by “an evening of dancing and vogueing featuring DJ The Wayne Holtz.”

Seven San Antonio LGBTQ-Identifying Acts You Should Pay Attention To

Originally published in the San Antonio Current. Just because an artist is gay, does that make their art gay? Not...