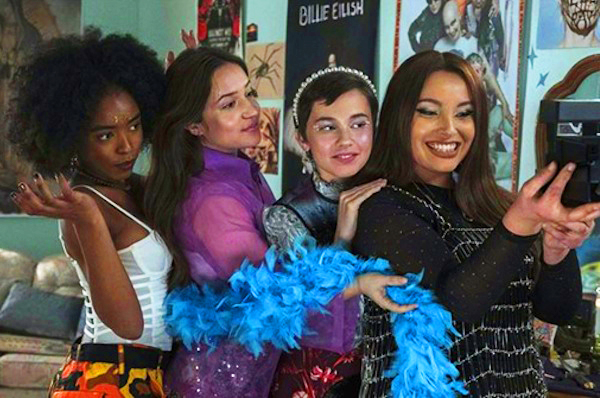 Twenty-four years after the original supernatural teen flick The Craft hit theaters and inspired “weirdo” girls everywhere to try levitating pencils in class, a new generation of witchy young women are stepping up to show off their sorcery skills in The Craft: Legacy.

The sequel follows four new witches who come together to experiment with magic and to see how powerful they can become when they combine forces. One of these witches is Lourdes, a trans Latina teenager who casts a spell on a bully at school. Lourdes is played by trans Latina actress and newcomer Zoey Luna.

During an interview with the Current earlier this week, Luna talked about which characters she identified with the most from the original film, why trans witches are different from practical witches and how she feels when a cis actor is cast in a role as a trans person.

The Craft: Legacy is now available to stream on VOD. 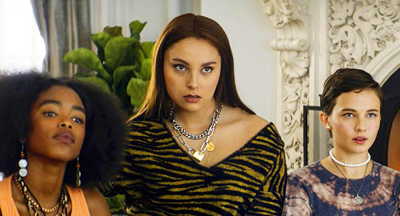 When did you first see the original movie and what were your initial thoughts?
I tried to watch it once when I was younger, but I couldn’t get past the first 15 minutes of it because I was so disturbed by [actress] Robin Tunney’s outrageously hilarious wig. I couldn’t get past that. But then I did sit down and enjoyed the film when I was auditioning for The Craft: Legacy.

Which of the original four main characters did you identify with the most?
That would be a tie between Nancy (Fairuza Balk) and Sarah (Tunney). I’ve definitely been Sarah through a lot of friendships and in a lot of groups with girls. I seem to have this natural understanding of myself without being too aware of my possibilities. I really identified with Sarah because she’s just this girl who people don’t appreciate when they have their own motives. But, also, I resonated with Nancy because I have this darker side that I dug into during my teen years to defend myself. I feel we share a lot in common with the way we portray our own identities. She is very misunderstood. I related to that 100 percent.

Was Lourdes originally written as a trans character?
Yes, she was always intended to be a trans person. The casting process was super inclusive of all identities. I think that should be credited to [director] Zoe Lister-Jones and her understanding of how the world has always been. I think she is a visionary when it comes to creating realistic characters and realizes the importance of including a trans witch considering that witchcraft can be very exclusive of trans identities. A lot of practical witches are very focused on the lunar cycle and their period. Witchcraft isn’t always just about cis women with ovulation problems. Trans women definitely have their own magic. I can attest to that because I am a witch myself. I’ve been a witch even before I got the audition.

If your character Lourdes was in the original movie, chances are the studio would’ve cast a cis actor to play the role. What does that tell you about how things are slowly starting to change when it comes to casting trans people to play trans characters?
I think things are definitely changing. It’s not Jared Leto playing Lourdes in The Craft: Legacy anymore. So, I hope it stays that way. I think a lot more opportunities are going to open for trans people to play trans roles. I think a lot of that has to do with [trans actress] Hunter Schafer’s role in Euphoria. I think we are stepping away from how things were done in the past. It’s a work in progress in becoming an inclusive industry.

Overall, how do you feel today when a cis actor gets cast in a role for a trans character? Some would argue that they are actors, so they are acting a part. What’s your take?
I know there is a lot of controversy. I know Scarlett Johanson was going up for a trans role [in the still unproduced film Rub and Tug]. I know that Jared Leto did a trans role [in Dallas Buyer’s Club]. My take on it is that if you’re going to cast a trans woman, cast a trans woman or cast a woman. Do not cast a male to play a woman character. Also, if you’re going to cast a trans man, cast a man to play that role. I think that Hollywood tries to cast what they think a transgender person is. I think that is subjective because what the hell is a transgender person supposed to look like? We come in all shapes and sizes. Cast trans people to play trans roles, but also cast trans women to play women.

Last month, actress Hilary Swank, who won an Oscar for her role as a trans male in the 1999 film Boys Don’t Cry, said a lot more trans actors would’ve done a better job than her in the role. Does that kind of statement, even if it’s 20 years later, still help the cause?
I’m really grateful that actors and actresses are acknowledging that. I think that’s really going to change a lot of the way that casting is approached. I think it’s unbelievable that they’re taking accountability like that so fearlessly. I think that is something I would consider allyship.