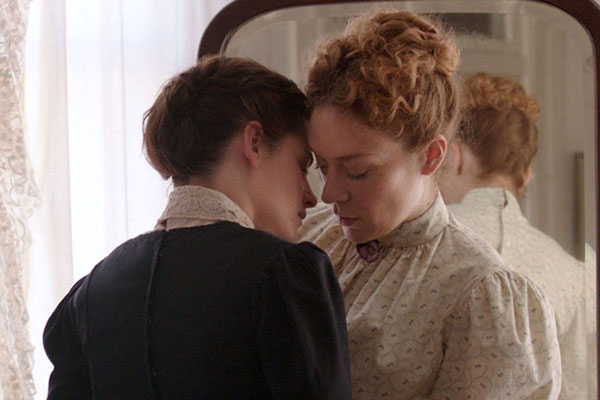 While it has sustained a strong interest among American folk historians and true-crime enthusiasts for decades, the story of Lizzie Borden, a young woman suspected of murdering her father and stepmother with an ax in 1892, has never received the cinematic attention that a crime of its notoriety would normally demand.

Four years after Christina Ricci portrayed the title character in the laughable Lifetime movie Lizzie Borden Took an Ax, which featured a lot of goth-punk music, the legendary murders are explored with more style and intimacy in director Craig William Macneill’s indie psychological thriller Lizzie. Despite a worthy effort by Macneill and first-time feature screenwriter Bryce Kass, Lizzie is more memorable for its foreboding atmosphere and believable performances by the film’s top-billed actresses Chloë Sevigny (Lean on Pete) and Kristen Stewart (Adventureland) than its storytelling prowess.

Along with setting up an ominous backdrop, Macneill and Kass should also be commended for depicting a host of unusual theories as part of the Lizzie Borden narrative, some of which seem to be loosely based on author Ed McBain’s 1984 novel Lizzie. In his book, McBain speculates that Lizzie committed the killings after her stepmother discovered she was having a tryst with their Irish housemaid Bridget Sullivan.

In Lizzie the film, it’s her father Andrew (Jamey Sheridan) — not her stepmother Abby (Fiona Shaw) — who witnesses the lustful encounter between Lizzie (Sevigny) and Bridget (Stewart). The situation is complicated even more because Andrew is taking sexual advantage of Bridget and has also decided to make Lizzie’s uncle John Morse (Denis O’Hare) custodian of her inheritance, a move that aggravates his daughter.

There are also threatening notes being left at the Borden household that suggest someone else in town might have an issue with the family (“No one will save you from what is to come” and “Your sins will find you” aren’t exactly neighborly messages). When Lizzie and Bridget’s resentment comes to a boiling point, they devise a plan to rid themselves of the people who are harming them.

Shot beautifully by cinematographer Noah Greenberg (Most Beautiful Island), Lizzie is a somber revisionist interpretation that fails to reach the story’s full potential as the minimalist murder mystery it hoped to become. The chemistry between Sevigny and Stewart is palpable as the sexual tension mounts throughout the film, but there just isn’t enough substance behind the relationship to warrant an entirely new take on what took place inside the walls of the Borden home more than a century ago.

Lizzie is playing at the Santikos Bijou Cinema Bistro and Santikos Embassy 14.

Of Proper Bars, Dissident Noise, and Righteous Representation: Queers & Beers 4 Does it Right