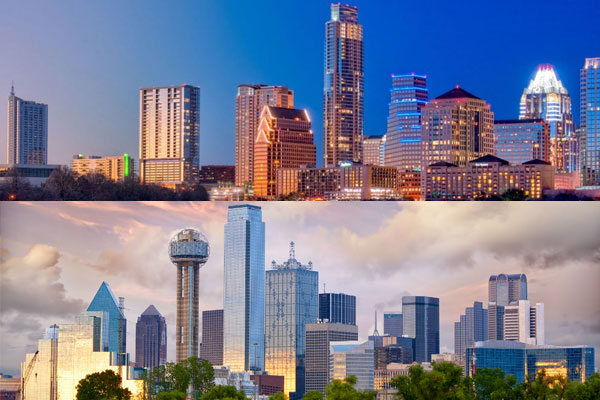 A national campaign, dubbed No Gay? No Way!, has been started to urge Amazon not to locate its HQ2 facility in states that discriminate against LGBT people. That includes Texas where Austin and Dallas have been selected as finalists for the company’s much-sought-after second headquarters.

Amazon began its search last year saying it would spend $5 billion to build the facility and hire up to 50,000 workers.

A total of 20 cities were chosen as finalists. The other finalist cities located in states with no anti-LGBT discrimination laws are Nashville; Atlanta; Columbus, Ohio; Indianapolis; Miami; Raleigh, N.C.; and the Washington suburbs of Northern Virginia.

“It is shocking that Amazon would consider locating HQ2 with its over 50,000 employees in a state that doesn’t protect LGBT people or their families,” says the group’s website. “In these nine states, it is legal to fire someone, deny them housing, or refuse them service just because of who they are or who they love.”

Both Austin and Dallas have nondiscrimination ordinances with LGBT protections and both had perfect scores on the Human Rights Campaign’s Metropolitan Equality Index. However, the state of Texas is another matter. During the recent 85th session of the Texas Legislature, scores of bills were introduced with the intent to codify anti-LGBT discrimination into state law, including various versions of the anti-trans bathroom bill which received national attention and luckily was never passed.

No Gay? No Way!’s message is clear:

Amazon has been a champion for the LGBT community as early supporters of the Equality Act, backers of marriage equality campaigns, and active voices against legislation that discriminates against transgender people in states across the country. CEO Jeff Bezos, an HRC National Equality Award Recipient, has stated, “We want our employees – and the communities where we operate – to embrace that we’re all human, we’re all different, and we’re all equal. At Amazon, equality is a core value for us, and it is simply right.”

We hope that Amazon will live up to its strong track record of advocacy for equal rights and say NO GAY? NO WAY! Ask Amazon to ensure it will place HQ2 in a state that protects all of its employees, customers, and their families from discrimination.

On February 1, the day Amazon was announcing its quarterly earnings, No Gay? No Way! staged a demonstration near the company’s headquarters and hired a airplane to fly overhead with a banner bearing their message.

“We were frankly just stunned that a company with such a great track record of equality and diversity had put all these states into the mix,” Conor Gaughan, No Gay? No Way!’s campaign’s manager, told USA Today.

The Woodlawn Theatre will be welcoming San Antonio's LGBT community to a series of Pride Nights it will host during...