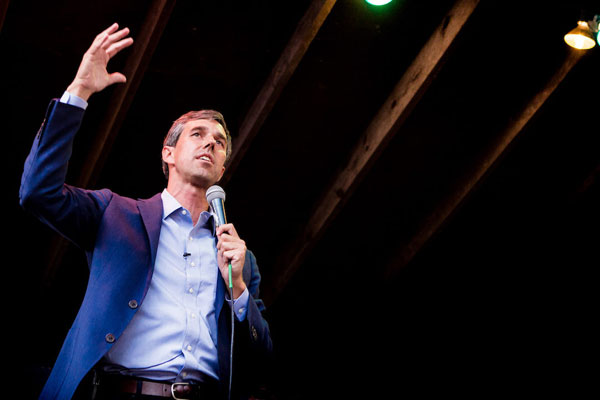 On Tuesday, August 21, the quick-video news site NowThis shared a four-minute clip of the U.S. Senate candidate speaking about NFL players who kneel during the national anthem. When asked if kneeling was disrespectful, O’Rourke said, “I can think of nothing more American.”

‘I can think of nothing more American.’ — Beto O’Rourke — the man taking on Ted Cruz — brilliantly explains why NFL players kneeling during the anthem is not disrespectful pic.twitter.com/bEqOAYpxEL

And it turns out it came across DeGeneres’ Twitter feed. She retweeted the video and tagged O’Rourke writing, “I’d like to meet you @BetoORourke.”

There’s no telling whether this is an invitation to be on her show (though Twitter users said they’d love to see the politician skateboard or jam out as a guest) or if she just wants to speak with him privately. If the latter is true, the exposure will definitely pay off in O’Rourke’s race against Ted Cruz.

Comedienne Poppy Champlin is headed back to San Antonio with her unique comedy revue, The Queer Queens of Qomedy, for...