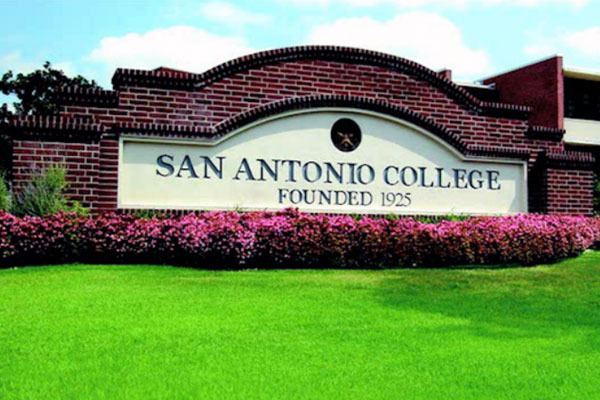 The Alamo Colleges board of trustees will take a vote to add transgender protections to the organization's nondiscrimination policy on February 23.

Almost six years after the Alamo Colleges board of trustees voted to add sexual orientation to the district’s nondiscrimination policy, a vote will taken on February 23 to add gender identity and expression as a protected class.

The nondiscrimination policy covers students, faculty and employees at Alamo Colleges’ five campuses. (Links to relevant documents are included below.)

It was on June 22, 2010 when the board of trustees voted unanimously to add sexual orientation, but not gender identity and expression, to the policy.

At the time, the Gay and Lesbian Association of San Antonio College (GALA), which had pressed for the initial vote, tried unsuccessfully to postpone it for 90 days so board members could learn more about transgender issues.

On the day of the vote, several community leaders spoke at the board meeting urging the trustees to include transgender protections. The speakers included representatives from the Stonewall Democrats, Equality Texas, the Human Rights Campaign and the San Antonio Gender Association. Three transgender women spoke — Julia DeGrace, Debbie Bohanan and Josephine Paulette Titsworth, a social worker and board member of the National Transgender Advocacy Coalition in Houston.

Members of the Stonewall Democrats of San Antonio speak during a meeting of the Alamo Colleges board of trustees on June 22, 2010. (Photo: QSanAntonio)

The next day, Alamo Colleges Chancellor Dr. Bruce H. Leslie issued a clarification which said transgender individuals were protected under the “gender” classification of the policy. Local activists disagreed, saying protection of transgender students and employees was not possible until they were expressly listed in the policy.

News about the upcoming vote to add transgender protections surfaced recently via the Stonewall Democrats of San Antonio.

Earlier this year, Clint Kingsbery, who sits on the Alamo Colleges board of trustees, spoke at a Stonewall meeting. During a question and answer session, Kingsbery was asked about the nondiscrimination policy and its exclusion of transgender individuals.

In a February 16 followup with Stonewall co-chair Carolee Moore, Kingsbery told her an agenda item had passed through committee with no problems and was slated for a vote by the board of trustees on February 23.

In confirming the day of the vote, Kingsbery told Out In SA, “I cannot speak for the board, but it is in our agenda for the meeting . . . I expect no issues next Tuesday.”

The torrential storms last October may have put a damper on the 2015 incarnation of Luminaria, but they weren’t enough to...