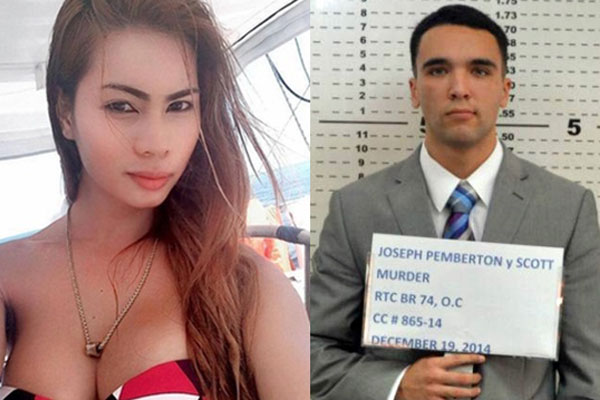 The Esperanza Peace and Justice Center, the San Antonio Gender Association, and the Transgender Education Network of Texas will host the screening on November 18 of a documentary that tells the story of a transgender Filipina who was murdered in 2014 by a U.S. Marine who was on leave in the Philippines.

The film, Call Her Ganda, premiered earlier this year at the Tribeca Film Festival. In it, director PJ Rava recounts the death of Jennifer Laude in Olongapo, Philippines, where she was found strangled and drowned in a motel toilet. Crucial to the story are the ensuing complications of bringing her accused murderer, 19-year-old PFC Joseph Scott Pemberton, to justice.

The title of the documentary is derived from the pet name Laude’s mother used to call her daughter. Ganda means “beauty” in Tagalog.

Laude, who was a sex worker, met Pemberton in a nightclub before the two departed the club to go to a motel. Once at the motel, Pemberton discovered Laude was transgender and apparently snapped and killed her.

Call Her Ganda exposes the unfairness of the U.S.-Philippines Visiting Forces Agreement that allows accused American servicemen to avoid local prosecution and imprisonment, and depart the Philippines under the protection of the U.S. military, if a court case isn’t brought within a year. The agreement encourages attorneys of accused servicemen to initiate legal delays so their clients can eventually escape prosecution — Pemberton’s case was no exception.

The Marine was eventually found guilty and sentenced to 10 years in jail thanks to the efforts of Laude’s mother, who led protests; trans journalist Meredith Talusan, who penned articles in mainstream publications; and attorney-activist Virgie Suarez, who helped bring Laude’s murderer to justice despite numerous setbacks.

The San Antonio screening of Call Her Ganda is timed to coincide with observances of the Transgender Day of Remembrance. “This film empowers individuals and provokes action toward change. The death of Jennifer Laude helped expose gender-based violence and the unfair agreement between the Philippine and U.S. governments; this fight for justice for Jennifer gave us hope,” an announcement for the screening said.

Originally published in the San Antonio Current. Twenty years after they began releasing records as the Indigo Girls, Amy Ray...