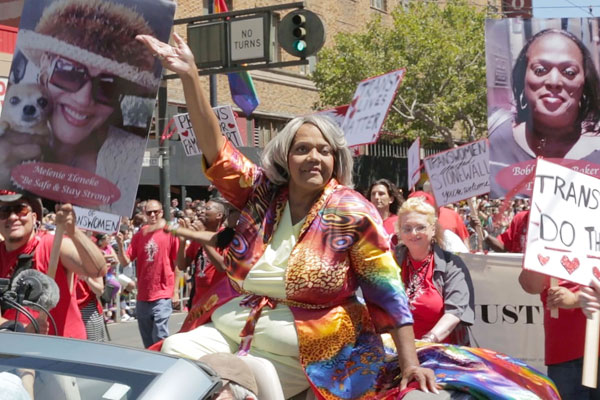 On June 23, the Esperanza Peace and Justice Center will screen the documentary Major!, which explores the life of Miss Major Griffin-Gracy, a transgender activist who has been fighting for the rights of trans women of color for over 40 years.

The film first premiered in 2015. It was produced by Annalise Ophelian and StormMiguel Florez and has been an official selection at over 60 film festivals where it has garnered 20 awards for Best Documentary. The film premiered locally at QFest 2016, San Antonio’s LGBT International Film Festival.

According to press information provided by the producers, “Miss Major is a veteran of the Stonewall Rebellion and a survivor of Attica State Prison, a former sex worker, an elder, and a community leader and human rights activist. Her personal story and activism for transgender civil rights intersects LGBT struggles for justice and equality from the 1960s to today. At the center of her activism is her fierce advocacy for her girls, trans women of color who have survived police brutality and incarceration in men’s jails and prisons.” 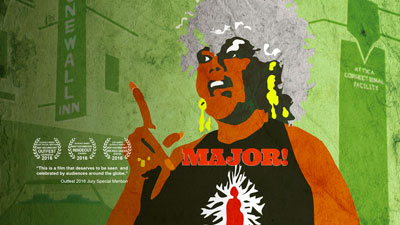 When Major! was screened at Outfest in Los Angeles, the jury issued a “special mention for excellence in filmmaking” in which it praised the film saying, “This documentary shines a light and shows compassion for so many who would otherwise remain unheard. This is a film that deserves to be seen and celebrated by audiences around the globe. From Stonewall to the fight for trans rights and visibility, Miss Major was and continues to be one of the most important and legendary heroes in the community.”

Major! features interviews with over 20 community members, primarily trans women of color, who share their stories of Miss Major’s impact on their lives and their personal stories of survival.

Upon release the film, the producers issued a statement that said in part, “As an elder, a leader, and an icon, Miss Major has touched countless people and saved lives through her unique capacity to provide one on one care for members of her community. We hope this film project will bring her legacy of inspiration and empowerment and her message of trans brilliance and resilience to audiences around the world.”

The Esperanaza Peace and Justice Center presents a screening of “Major!” on Saturday, June 23, 2018 at 7 p.m. at the Esperanza Center, 922 San Pedro Ave. Admission is by donation. Seating is first come, first serve. Free parking is available at San Antonio College lots 21, 28, and 29.

State Representative Diego Bernal of San Antonio made an appearance on the June 6 episode of Full Frontal with Samantha...