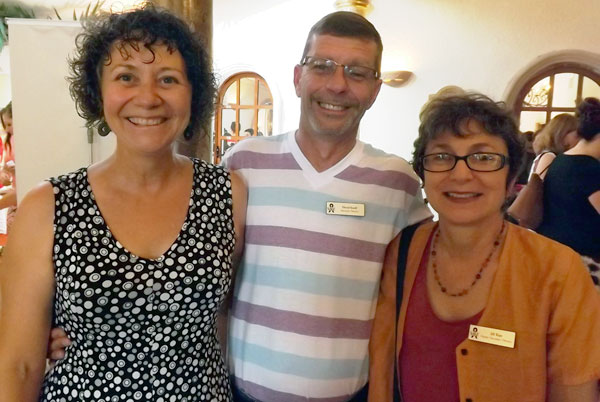 David Ewell is speaking out for the first time since the board of directors of the San Antonio AIDS Foundation, under the leadership of President Anne Marie Simmons, terminated him from his job as executive director on April 20.

Ewell’s firing was first made public by SAAF founder Robert “Papa Bear” Edwards, who forwarded Out In SA an email sent to employees from the board of directors on April 21.

“There are many exciting opportunities for growth in the future of SAAF. In order to take full advantage of these opportunities to further SAAF’s mission and best serve our clients, the Board of Directors has determined new leadership is needed,” the board’s email read. “To that end, the Board has decided to seek a replacement for David Ewell as Executive Director of SAAF. The Board wants to acknowledge and thank David for his pivotal role in bringing SAAF to the successful, mature organization it is today. We also thank him for his 23 years of dedicated service to the Foundation.”

Ewell’s departure from SAAF caused an immediate backlash from many supporters, donors, clients and employees. There were two protest rallies in the days following his termination and a Facebook group, Bring David Back, has been advocating for his return.

On April 30, Simmons hired Jack Downey as interim executive director. Downey is president of Downey Associates LLC and previously worked with the San Antonio Symphony, the Children’s Shelter and Christian Senior Services. Downey and Simmons both serve on the board of the  Bexar County Master Gardeners.

Since being fired, Ewell declined to speak publicly about the matter. In a recent email to Out In SA he said he wanted the community to be positive about the changes occurring at the foundation. On June 27, he posted a note on his Facebook page explaining he has moved on and asked the community to continue their support of SAAF.

Following is the text of his note.

Dear supporters and friends of SAAF:

I really appreciate everyone’s concerns about my dismissal from SAAF, but it was really time for new leadership and to have SAAF move in a new more positive direction. I want to thank everyone including donors, staff, board of directors (present and past) and friends of SAAF for all the support through the years and want everyone to continue to support the great work of this wonderful growing organization as well as it’s mission. I ask everyone to continue to respect and support the organization.

Since my departure, I have come to realize that it was in my best interest to leave SAAF and start a new chapter in my life in the North, so my son has an opportunity for better skating coaching and to live his dream. He has outgrown Texas with his natural talents in figure skating and we are ready for a new chapter in our lives.

Papa Bear will always be treasured for starting this grassroots organization back in 1986 and I feel blessed that I was able to take it to the next level. SAAF is much needed in this community and will continue to be the best AIDS Service Organization in South Texas.

Good things are coming to SAAF and more services will be provided to continue serving all individuals with HIV/AIDS. Again, please continue to support SAAF, and the new direction, that will enhance it and take it to the next level.

There was joy and laughter in the sanctuary of the Lutheran Church of the Good Shepherd tonight as scores of...