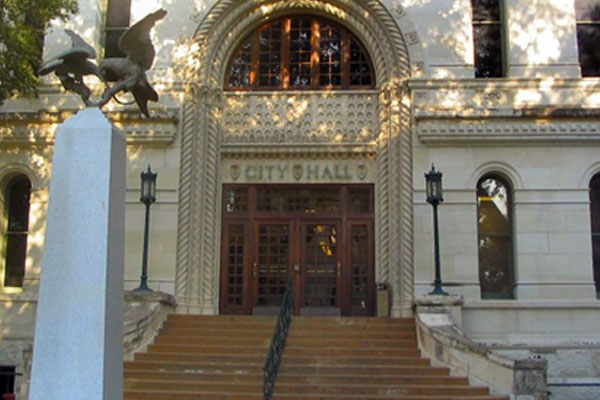 The finalists were chosen from almost 200 applicants who were required to fill out an application that was widely distributed throughout the community in March.

On April 13, individual finalists were sent a letter from the mayor advising them of their selection. “As a member, you will have the opportunity to improve the quality of life for members of the LGBTQ+ community by acting as a conduit to the Mayor’s Office,” Nirenberg said in the letter. “Your voice will help highlight challenges and best practices that will be able to serve as foundations for policy recommendations.”

The complete list of finalists was sent via email on April 18 to those who had been chosen to be on the committee. The first meeting will take place in May and will be coordinated by Maria Luisa Cesar, the mayor’s LGBTQ liaison.

The selection of the committee makes good on Nirenberg’s promise to “be a mayor for all of San Antonio.” In his letter to finalists he says, “I am excited about the work that we will be able to get done together, and thank you for throwing your hat in the ring to help make it possible.”

Ginger Chun
Ginger is the parent of a transgender child who started a support group for transgender families.

Anel Flores
Anel is a lesbian author and international performer who cofounded LeZRideSA, an organization that raises money for LGBTQIA youth.

Daniel Graney
Daniel is former co-chair and member of Stonewall Democrats of San Antonio and helped mobilize support for the nondiscrimination ordinance in 2013.

Jamie Hash
Jamie is a management analyst for the United States Air Force and has worked with Lackland AFB officials to streamline the transition process for all transgender airmen.

Barbie Hurtado
Barbie is a community organizer who has worked with the Queer Corazones group at the Esperanza Peace and Justice Center to bring greater attention to issues of gender diversity and representation.

Erick LaRue Macias
Erick is an active member on many boards advocating for trans rights in the workforce and founded Men In Transition, a transgender supported group for men in San Antonio.

Chad Reumann
Chad is the chapter president of Parents and Friends of Lesbians and Gays (PFLAG) and advocates through many diversity councils with his employer, Wells Fargo.

Luka Rios
Luka is passionate about bridging the gap between policy and the Latinx trans women community, and she is the co-chair for Human Rights First San Antonio.

Melissa Shiplett-Jupe
Melissa is a board certified counselor pursuing her PhD in Counselor Education and Supervision with a research focus in LGBTQ+ mental health and queer family creation, in addition to advocating for LGBTQ+ policy change and mental health resources.

Ashley Smith
Ashley is the president of the San Antonio Gender Association (SAGA), advocates in the media for the transgender community, and works to strengthen relationships among trans people, government, and public institutions.

David Solis
David is the president of the LGBTQ+ Chamber of Commerce and has worked to combat the bathroom bill and other discriminatory legislation.

Originally published in the San Antonio Current. In an emotional segment on The Ellen Show, the talk show host made...