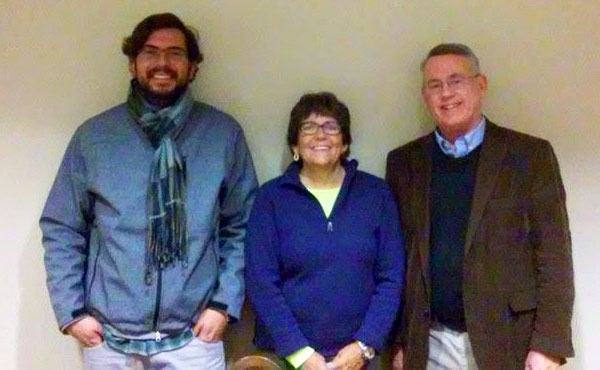 The first non-profit in San Antonio to provide overnight shelter exclusively to homeless LGBT youth will open on November 18.

Sandra Whitley, executive director of the Thrive Youth Center, says it will begin offering overnight shelter for young people aged 17 to 25 on Tuesdays and Thursdays from 8 p.m. to 7 a.m.

The facility will provide a place to shower and sleep. In the morning, each overnight client will get a breakfast pack. Bus passes for travel to and from the location will also be provided. The shelter can accommodate eight people.

Thrive’s new shelter is made possible through a partnership with the Travis Park United Methodist Church which is an inclusive congregation. Thrive was able to find a space for the shelter with the assistance of Senior Pastor Monte Marshall and Associate Pastor Dale Tremper.

Whitley emphasizes that Thrive is in its infancy and foresees a time when the charity can offer overnight shelter seven nights a week and have a drop-in center that would offer hot meals, GED classes, job training and other such services. The important thing, she says, is “getting these kids back and integrated into society.”

Joseph Tanasi, the chairperson of  the Travis Park UMC Reconciling Ministries Team, will serve as liaison between Thrive and the church and the LGBT community. Tanasi is also co-chair of CAUSA (Community Alliance for a United San Antonio) and will help Thrive reach out to local LGBT organizations to promote its goals.

Thrive is the brainchild of Whitley and Joshua Lee Yurcheshen, who will serve as assistant director of the shelter. The two say their vision for Thrive came alive when they visited the Ali Forney Center, the New York City facility that’s the first of its kind in the nation.

They also traveled to the Los Angeles LGBT Center which, as far Whitley and Yurcheshen can determine, has the only other shelter for homeless LGBT youth in the country. There may be other facilities like these elsewhere but they are so few in number as to be nonexistent, says Whitley.

For security purposes, the location of the shelter is private. The initial group of young people who will use the shelter are clients Whitley and Yurcheshen met while volunteering at Stand Up For Kids, a charity that offers outreach to homeless street kids and at-risk youth.

Thrive Youth Center is a full-fledged non-profit organization that now needs financial and volunteer help from the community. At present, Whitley, who’s also a businesswoman, is underwriting the charity’s expenses. She hopes to fund the shelter through donations and grants.

Update: (Nov. 19, 2014) Due to unforeseen issues with zoning, the opening of the Thrive Youth Center has been delayed.

Why did SA’s ‘equality index’ score get lower?