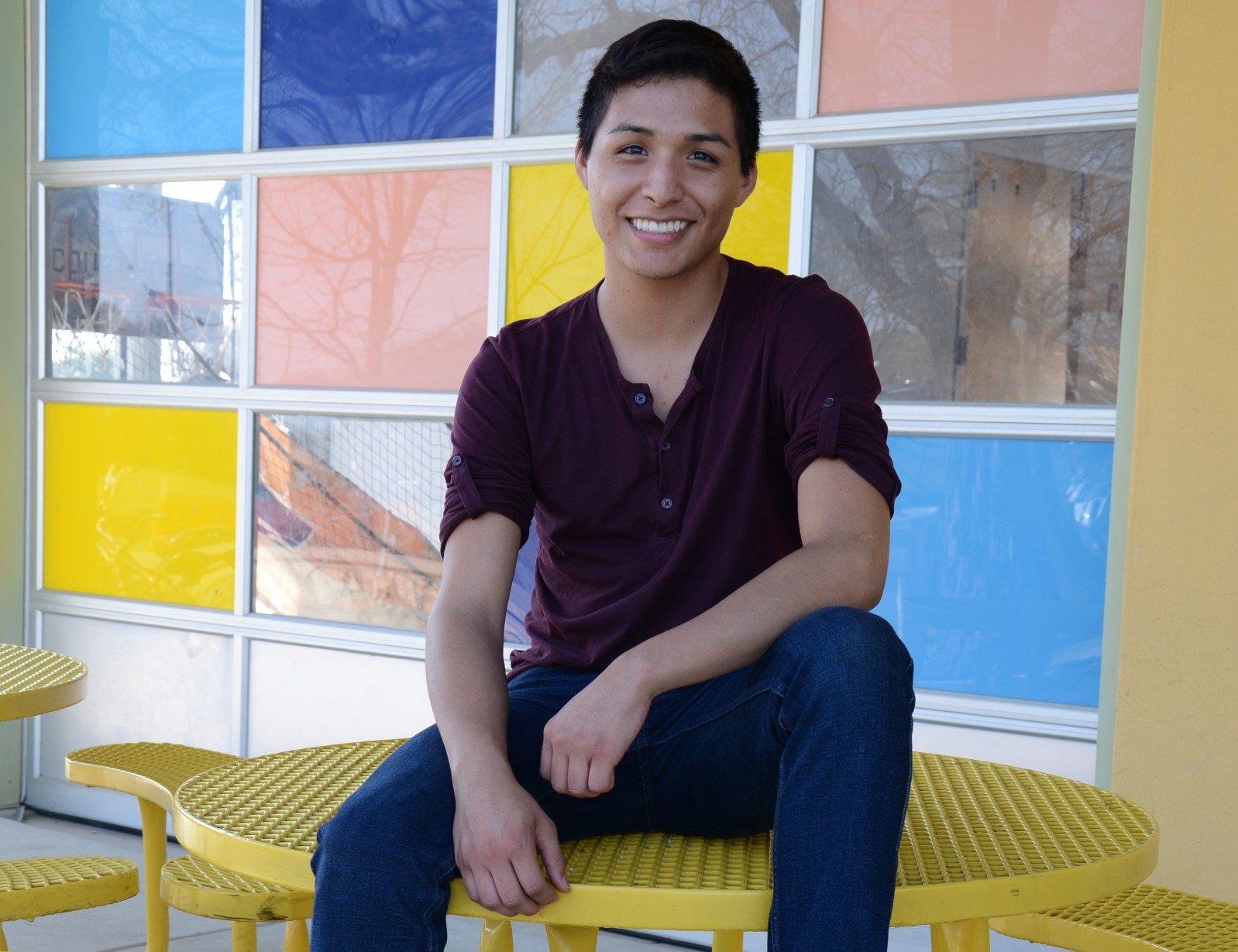 Blue Hess photographed by Bryan Rindfuss at The Children's Shelter

Three years ago, when Blue Hess decided he would volunteer at The Children’s Shelter, he never imagined he’d become one of the nationally accredited nonprofit’s most vocal advocates — speaking regularly to local media and working with the community to help spread the word about its many services. Since its founding in 1901, The Children’s Shelter has provided emergency shelter and residential treatment for children throughout Bexar County who have been abused, neglected or abandoned by their families. It also provides temporary foster care for children who’ve been removed from their home and facilitates the adoption process. As a former resident at The Children’s Shelter, Hess also serves as an encouraging voice to the hundreds of children who pass through its doors annually, many of whom have been silenced by the fear and trauma of abuse.

At the age of 6, Hess and his two brothers and sister were removed from their biological family and sent to live at The Children’s Shelter. Within six months, Hess and his siblings would be separated and placed in foster care. His time in foster care was not always easy. “I tried to keep count of how many families I was a part of — I want to say seven or eight families,” Hess told Out In SA. “It would be anything from a divorced mom to a married mom and dad. Some of the families had biological children of their own, or it would just be me. Some of the families I have very good memories of, but I have about three of the foster families where I have very bad memories.” There was one family in particular, Hess claims, would leave him outside all day long in the hot sun while their biological children played indoors. He retaliated by flooding their home with a water hose and was eventually removed from the home and placed into respite care.

When he was 11, Hess was placed with the family that eventually adopted him. He remembers it as a difficult process, as both of his newly adoptive parents were in their late 30s and had no biological children of their own. His own age was also a factor. “We all had to learn to be a family,” Hess said. “My mom had to learn to not be upset when I would do things — I already had my own set of morals and what I thought was right. In her mind, she wanted to teach me everything she knew, which is what a parent should do, but normally you do that with a baby, and I had already seen a bunch of things. It’s been good, and it’s been hard, but I love it.” 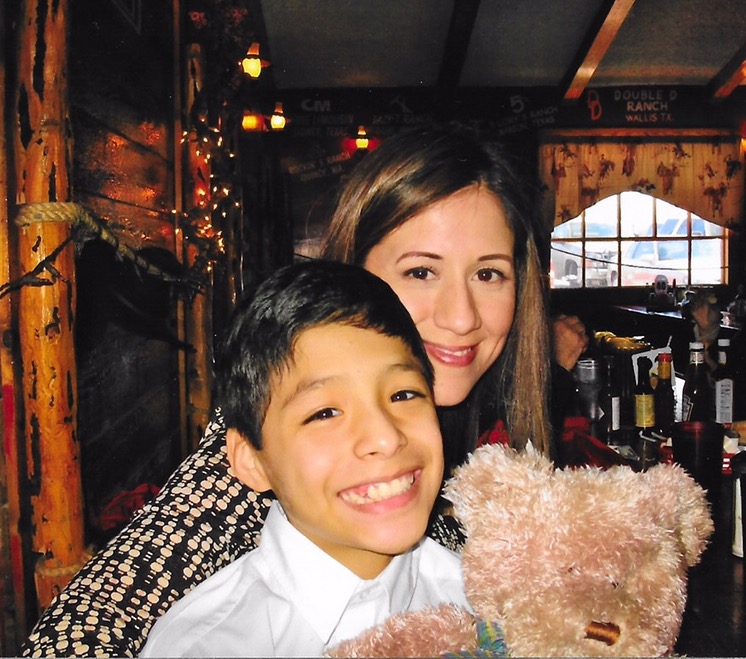 Blue Hess with his adoptive mother on his adoption day 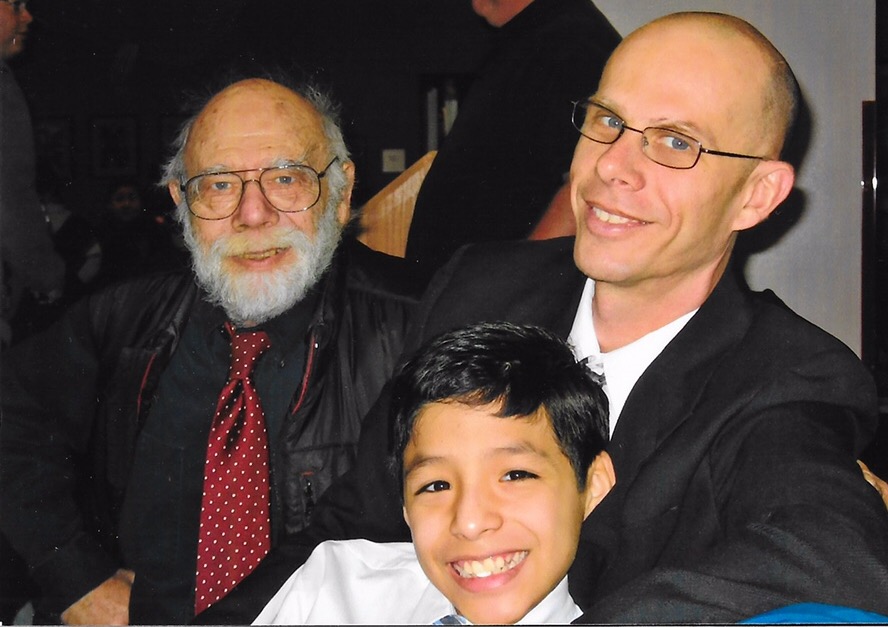 Blue Hess with his adoptive father and grandfather 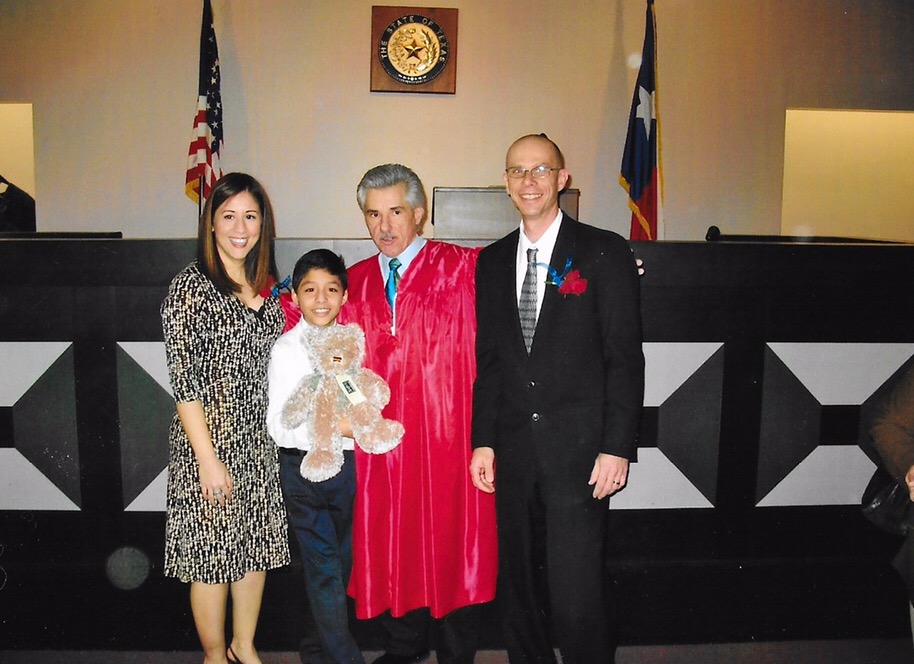 Judge Richard Garcia with Blue Hess and his adoptive parents

At 16, Hess came out to his adoptive parents, who were supportive — even upset he hadn’t come out sooner. “They knew I was gay before I even did,” he said.

Today, at age 20, his family and social life resemble those of many other 20-year-olds. Hess is now in his second year at the University of Texas at San Antonio and is working toward a degree in human resource management. He holds a part-time job at H-E-B, where he plans to continue his career. Recently, he reconnected with siblings after finding them through social media, but their contact has been limited.

Hess says he’s not ready to be in contact with his biological parents at the moment. “When I was younger, my biological dad was the one who did all of the abuse, so I don’t see a future where I can see or talk to him because that’s how bad it was. If I’m not mistaken, I’m pretty sure he’s in jail. With my biological mother, it was more neglect — you know, alcoholism and drug abuse. I don’t really want to have a relationship with her, but I would hope that  she’s better.”

As he thinks back on a journey that spans most of his youth, Hess finds fond memories of his short time at The Children’s Shelter. He remembers many of the staff’s faces, playing video games and having fun with them. Most of all, he remembers feeling safe. “They make sure that every kid that goes in there is safe,” he said. “They make sure that every staff member is having fun and making the kids laugh, and that the kids don’t have to worry about who is going to put food on the table or whether someone is going to hurt them. The misconception is that kids who go there are upset and they don’t have a lot of clothes or food.”

For Hess, as he remembers it, his time at The Children’s Shelter was a period of relief. “I’ll always remember the fact that they donate a blanket and a pillow to each of the children after they leave,” he said. “I still have that blanket … It’s beautiful to me and I hold onto it. I can still remember being 6 and getting into a vehicle and leaving The Children’s Shelter.”

Today, Hess says he still suffers from severe anxiety, and it’s one of the reasons he advocates so strongly for mental health services. “… I wish I had proper mental health [care] provided. I feel I could have been better now,” he said. He believes The Children’s Shelter’s recently opened Harvey E. Najim Hope Center provides one of the nonprofit’s most valuable services.

The Hope Center, a trauma-focused, outpatient mental health clinic offers specialized care by licensed mental health professionals to children and families who have experienced abuse and helps them transition into a better future. “It’s going to be helpful for the kids there in terms of being able to help them grow [and] learn about the trauma that they’ve experienced and … accept it and move on — versus not knowing about it, and harboring it and pushing it down like I did,” Hess said. “Unfortunately, I didn’t come out unscathed, but I’m trying to do good for myself.”

Become a Foster or Adoptive Parent

The Children’s Shelter is always in need of temporary and permanent homes for children who have been abused or abandoned. Married couples and single individuals, both gay and straight, are welcomed and supported by the shelter. Support is provided throughout the entire adoption process and post-adoption services are available to both children and their adoptive families.

A San Antonio trans teenager is sharing her story of being bullied by classmates when, because of school policy, she...