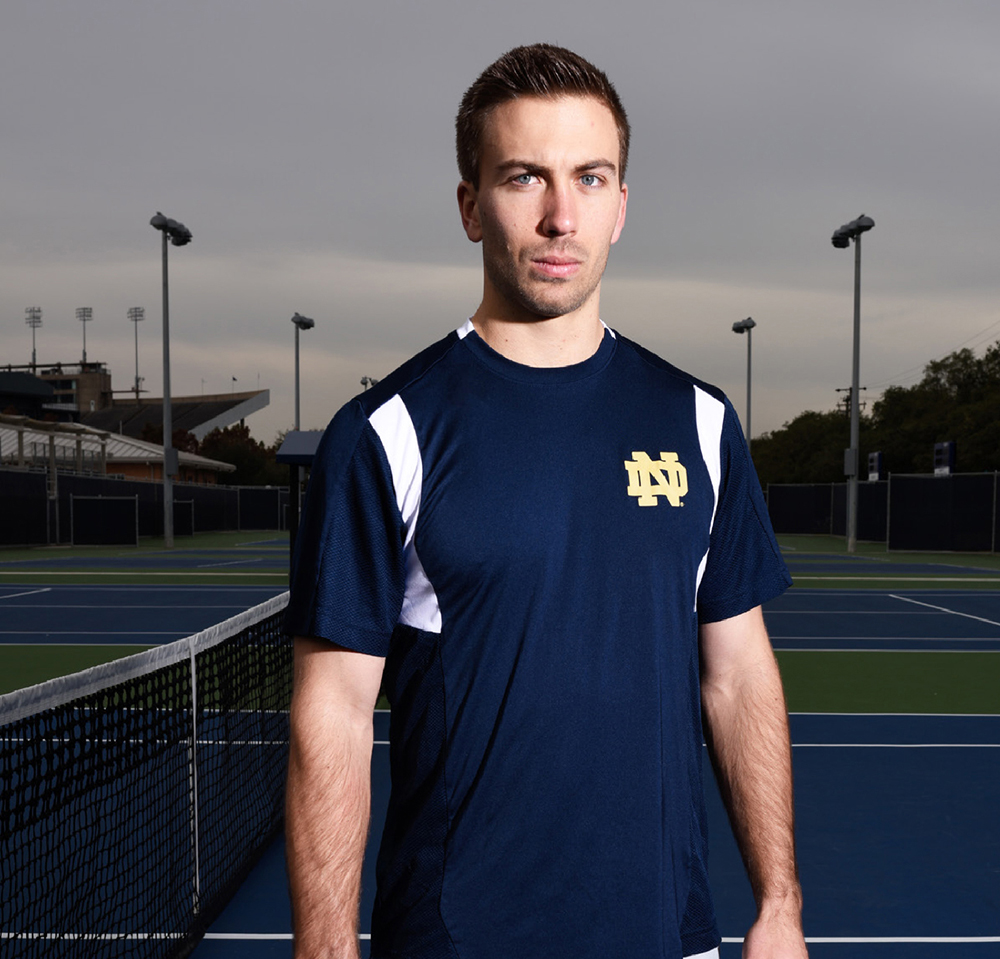 Jeff Sheng honors student athletes like Matt Dooley, who found the courage to come out.

Life is good these days for Matt Dooley, who is starting his second year at the University of Texas Medical School at Houston. This summer he was busy researching multiple sclerosis. His step is a little lighter, his outlook on life brighter, in part because he’s had a tremendous burden lifted off his shoulders.

Not long ago, the New Braunfels High School graduate was playing varsity tennis for Notre Dame University, where he struggled with an internal crisis—the crippling fear of family and friends discovering his secret. The mounting stress, shame, and self-hatred drove him to attempt suicide in September 2011.

“That day I wanted nothing more than to escape the anguish of coming out to my family, my friends, and, in a way, myself. Death was better than accepting—or revealing—that I was gay,” he recollected in an essay last year for OutSports.com.

Dooley’s essay is included in Fearless: Portraits of LGBT Student Athletes, a photography book and memoir by American artist Jeff Sheng. It features the portraits of 202 lesbian, gay, bisexual, and transgender high-school and college athletes in the United States and Canada taken by the author from 2003-15.

Recalling his personal experience as a closeted student athlete, Sheng uses his story as a foundation for a wider exploration of lost acceptance in sports over the last decade. The book also includes intimate writings from some of the athletes about their own coming-out experiences.

“This book shows the images of young people who are role models for the rest of us: athletes who are not afraid to be who they are despite the difficulties in being openly LGBT in sports,” Sheng said in an email. “My hope is that this book helps push us towards an ideal future where everyone can participate in sports without fear of being discriminated against because of their sexual orientation or gender identity.”

“When [Sheng] called me, I was honored to take part in it,” he said. “I guess he thought I was someone others could look up to.”

Looking back at his fear of coming out, Dooley blames the imagined abandonment from those close to him, as well as a lack of self worth and the instilled notion since middle school that being gay is bad, for the many restless days and sleepless nights, and an eventual overdose of pills.

Since he came out a few years ago to his family, friends, and tennis teammates, Dooley is a lot more comfortable in his skin. “Life doesn’t necessarily change, yet in some aspects it does,” he said. “A lot of my friendships have gotten stronger and people know you better.”

Deputy City Attorney Veronica Zertuche says over 100 people applied for the position of diversity and inclusion officer including attorneys,...