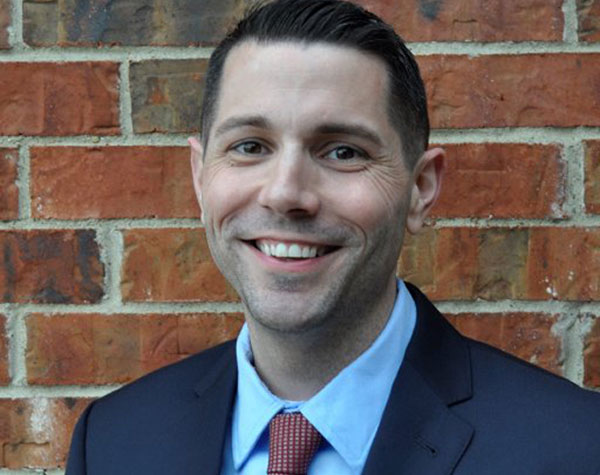 John W. Duncan is running for Congress in hopes of representing the 6th District of Texas (Photo via Twitter)

A gay man from Arlington, Texas has launched a campaign against Republican Congressman Joe Barton of Ennis who represents the state’s 6th District.

In the online announcement of his candidacy, John W. Duncan details what he says are the “core tenets” of the Democratic Party and his own guiding principles.

“For the past decade, I have been advocating for the rights of the most vulnerable. I have been a vocal proponent of marriage equality and reproductive rights, and I have fought to eliminate the racial and economic injustices so rampant in our world. As a lifelong Christian, my faith has influenced the way I understand immigration reform and refugees,” he writes.

“I am committing myself to a campaign and governance that finds sustainable solutions to the unique problems of our district as well as partnering with the wider Texas populations to bring the strength of Texas and the commitments of the democratic party to the United States Congress,” he adds.

Duncan is a graduate of Texas Christian University and the University of Massachusetts School of Law. He works as the compliance officer at Prism Health, the largest local non-profit HIV/AIDS service organization in North Texas. In the biography on his website, Duncan says he lives in Arlington with his husband Tim, who is a Christian minister, and their two dogs.

Duncan’s bid for victory will not be easy. Barton has held the 6th District seat for 32 years. In the last election, the incumbent edged out Democrat Ruby Fay Woolridge by capturing 58 percent of the vote.

In 2015, a group called the Citizens for Responsibility and Ethics in Washington gave Barton a “dishonorable mention”  on their list of Most Corrupt Politicians by noting that he “bought an interest in natural gas wells, and has gone to great lengths to conceal the true origins of this investment, violating federal law and House rules in the process.”

John W. Duncan will host his campaign kick off party on April 11 at J Gilligan’s Bar and Grill in Arlington. Click here for more information and to make a donation to his campaign.

Originally published in the San Antonio Current. A living legend in her own right, Diana Ross got her start in...