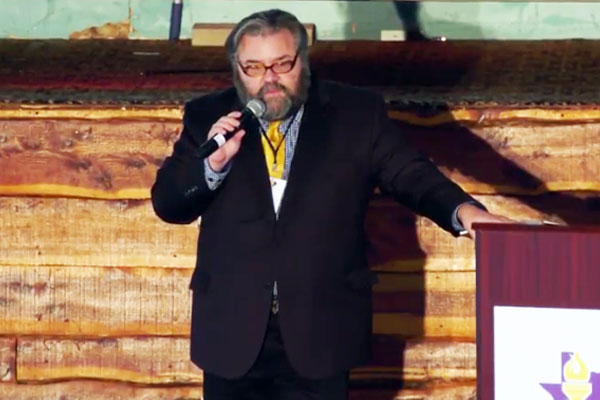 A gay Libertarian candidate for Lt. Governor of Texas says he supports the legalization of cannabis, prostitution and gambling as part of a campaign platform “to make sure liberty is protected in the state of Texas.”

Kerry Douglas McKennon is a sixth generation Texan who was born, and still lives, in Petersburg, a West Texas town in Hale County with a population of 1200 residents. McKennon graduated from Texas Tech University and is a veteran of the Naval Reserves. He and his husband, Walter have been married for 10 years.

This is not McKennon’s first run for office under the Libertarian banner. In 2013, he ran for Texas House District 88 and in 2014, sought the Texas Senate District 28. During the 2016 national election, he made an unsuccessful bid for his party’s vice presidential nomination. He is the elected county chair of Hale County and the Senate District 28 representative for the Libertarian Party of Texas’ executive committee and served as Platform Committee chair at the state level for two terms.

When describing the basis of his campaign platform, McKennon says he supports the notion that Texans should not have to ask permission to be free. To that end, not only does he support legalization of pot and prostitution, he espouses a variety of positions that fall on both sides of the progressive-conservative divide.

“As Lieutenant Governor, I will work to repeal laws that infringe upon our liberties and to introduce new laws that ensure the rights of all individuals,” McKennon writes on his website. “Each change in the current laws should always maximize freedom and move liberty forward – and never give the government more power.”

Valdez Agrees to Debate Abbott on Sept. 28 in Austin

By Patrick Svitek, The Texas Tribune Lupe Valdez, the Democratic candidate for governor, has agreed to debate the Republican incumbent,...