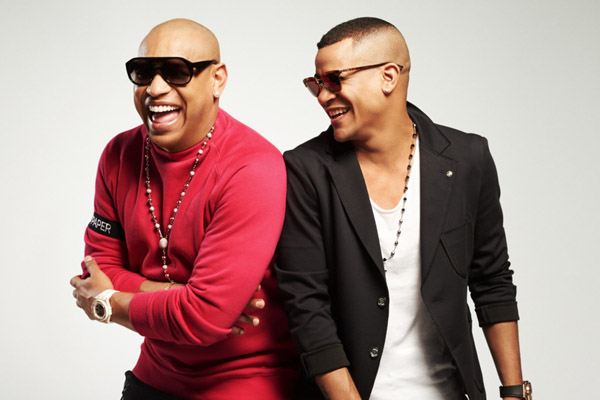 In the music video for Gente de Zona’s 2015 dance anthem La Gozadera, a traffic jam leads motorists to abandon their cars for an impromptu dance party on the streets of Havana.

In a display of pure joy and cultural pride, Latinos in every shade of brown are depicted dancing atop cars and waving flags representing their country of origin. It was fitting that on the evening of June 11, 2016, Orlando’s Pulse Nightclub shared the video on Facebook to promote its weekly “Latino night” hours before one of the biggest mass shootings in the U.S. occurred on its premises. To date, the video for La Gozadera has received over 930 million views on YouTube as the groups appeal among young listeners continues to rise.

Founded in 2000 by Alexander Delgado, Gente de Zona rose to international fame after being featured on the 2014 flamenco-tinged Enrique Iglesias single, Bailando.

Most recently, Gente de Zona collaborated with Jennifer Lopez on her latest single Ni Tú, Ni Yo and are among the latest wave of Spanish speaking artists making a dent on the U.S. market. While the group claims its music is not meant to be political, its hard not to think of the group’s impact within the context of the current political climate.

On August 17, the group brings its brand of Cuban raggaeton to the Alamo City for a show at the Aztec Theatre.

CEO's from 10 Fortune 500 companies voiced their opposition to the Texas bathroom bill in a letter which was sent...