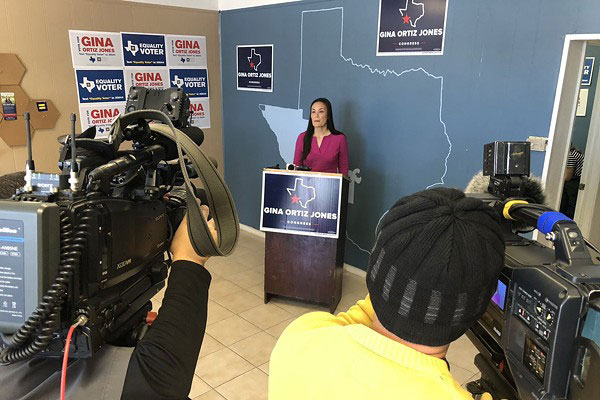 During an afternoon press conference, Jones said a district judge has ordered Bexar to release the full list, but county officials have not yet complied. The order also seeks 48 additional hours for voters to “cure,” or fix, possible discrepancies on their ballots.

“In light of the delay in providing information that should be available to the voters, it’s only appropriate to give voters extra time to cure their ballots,” Jones said.

Without that extension, the deadline is 5 p.m. November 13 for counties to count their provisional votes. The campaign requested lists of provisional voters for all 29 of the counties in its contested district and received lists from most.

Jones and opponent Will Hurd ran a tight race to represent District 23, which includes San Antonio and a long stretch of the U.S.-Mexico border. Hurd is ahead by around 1,000 votes, meaning provisional ballots — especially those collected in a populous county like Bexar — could affect the outcome.

The Esperanza Peace and Justice Center, the San Antonio Gender Association, and the Transgender Education Network of Texas will host...