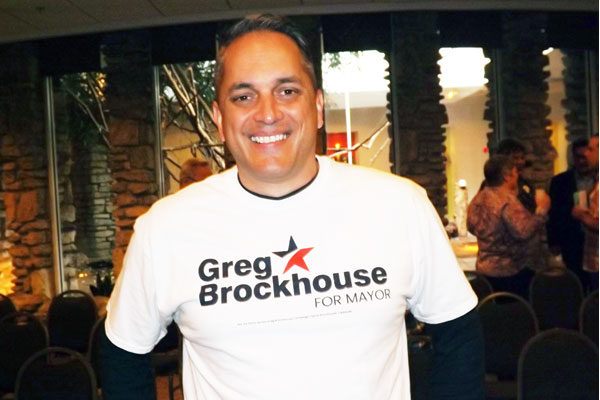 Mayoral aspirant Greg Brockhouse seems to be holding out hope that Chick-Fil-A will be the hen that plops out a golden egg come June 8.

In a news release, the District 6 councilman argued that a decision to remove discussion of two federal grants from this week’s council agenda signals that the city may lose millions in federal dollars over its decision to nix the fast food chain from an airport concession contract.

The Federal Aviation Administration — prompted by a complaint from hyper-partisan Republican Attorney General Ken Paxton — earlier this month launched an investigation into council’s decision to exclude Chick-fil-A from the deal.

This week, city staff recommended council postpone discussion of two FAA funding-related items — worth a combined $11.4 million in airport improvements — until city officials have a better handle on what the probe entails.

“This isn’t complicated,” Brockhouse said in the release circulated Wednesday. “This FAA grant is free money. [Mayor Ron Nirenberg’s] poor leadership and bad decisions have made it so that we can’t even accept millions in free money.”

Except, of course, pushing back a discussion of free money doesn’t mean the city’s forgoing it. City spokeswoman Laura Mayes said the delay is only “until we have a better understanding of the scope of the investigation,” which will allow the officials to assess the probe’s implications, “if there are any.”

In a written response, Nirenberg blasted his opponent for staging “political theater without substance.”

Council voted 6-4 in March not to allow Chick-fil-A into the airport contract, with some on the body warning that the Atlanta-based company’s contributions to anti-LGBTQ causes run afoul of the city’s non-discrimination ordinance. Nirenberg has maintained his decision came down to the fact that the chain is closed on Sundays — a busy day for air travel.

Brockhouse’s populist campaign has repeatedly called the vote an attack on religious liberties, even speaking during a service at the Cornerstone megachurch about the matter. What’s more, the councilman used a procedural maneuver to force a second vote on the contract — one where council again reaffirmed its decision.

“Religion had nothing to do with the decisions regarding the airport,” Nirenberg said. “[Paxton’s FAA] complaint was made strictly for political reasons and we are confident it will be resolved in our favor.”

Volunteers and organizers for the Rape Crisis Center are busy making the final preparations for the organization's annual La Reina...