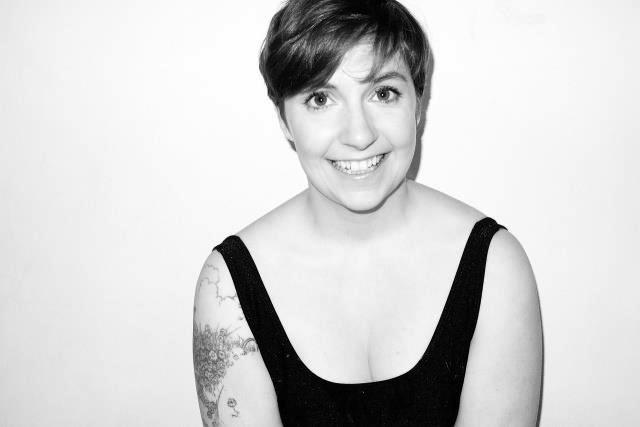 “Young people do not wake up on their thirteenth birthday, somehow transformed into a sexual being overnight. Even young children are sexual in some form.”

If you think these caveats disqualify me from the discussion, that’s cool. You can X out the screen right here and my feelings won’t be hurt. Really, I am writing this because one person asked me to. And if Molly Cox asks you to do something, you best step up. And if you agree and think my opinion on the matter may count for a bit, keep on. And thanks for the vote of confidence.

And here is my opinion. Lena Dunham? Not so much a sexual predator.

Williamson was just beside himself over Dunham’s account of her sexually explorative behavior with her little sister, Grace. Dunham, curious about whether her baby sister had a uterus, inspected her vagina. In the article linked above, entitled “Pathetic Privilege,” Williamson speaks to the episode, stating:

“There is no non-horrific interpretation of this episode.”

Williamson, essentially, was taking Dunham’s tongue-in-cheek use of the term “sexual predator” and agreeing that it was literally true.

But let’s try a non-horrific interpretation on for a minute and see if it fits.

Willamson must be awfully far removed from his own sexually explorative experiences as a child. You may or may not remember your own, but I can admit that my Barbie dolls acted out some pretty weird stuff under my domain. This was common among my female peers. We picked up bits and pieces of what we gleaned from adult conversations, HBO, and rumors heard on the school bus, then we explored our emerging sexual identity through play.

My mother, very open about such things, discussed this play with me. She normalized what she saw but also set appropriate boundaries. She and my father had open dialogues about normal sexual development; a rare thing, and likely the reason I do the work that I do. I have carried on the tradition of having these discussions with my children. I also have these discussions with clients, their parents, and my students and supervisees. I talk about sex the way other people talk about the Spurs in this town.

Most of my trauma training has been through the National Child Traumatic Stress Network. They have a publication (you can download here) that speaks to what is normal childhood sexual development, what may be warning signs, and how to have these discussions with children and youth. Dunham tells this story calling herself a weird 7 year old, not a predator. I contend that she wasn’t even that weird. Because I hear these stories almost every day, and there is really nothing that weird about them.

Because I also hear stories that speak to issues that are not a normal part of sexual development, that help me parse an abuse history or a developmental delay. There are children out there who are predators or have been preyed upon. There are many children that fit into both categories. I’m pretty sure Dunham doesn’t fit the bill.

If you read the NCTSN publication, you will see that the stories she tells fall squarely into their categorization of normal for that age. The problem is, we don’t have open dialogues about them, so when someone challenges the cultural norm of silence, they are attacked. Even many of the individuals who agreed that Dunham is not a sexual predator felt that she was guilty of some serious overshare.

But there is something else that I hear almost every day. And that is thank you. Beyond my teaching, training, and private practice, I have opened a social-media dialogue through Facebook and Twitter in which I share articles of interest and pose questions every Friday (#SQF … I am sure you can figure out the acronym). Most of the responses I get to what I post are sent as private messages, which is perfectly fine. And these messages are almost always “thank you.” Thank you for normalizing my experience, thank you for giving me information I needed, thank you for helping me realize I need to do something about this, thank you for having these conversations. I try to use humor and silliness to open the dialogue, which was exactly Dunham’s intent in her book.

Like Dunham, I have experienced repercussions within my career because of these dialogues. And that really sucks. But every time I think maybe I should just shut up and be mainstream, someone tells me a thank-you story which reminds me that what I am doing is important. My fiancé has a vote and my kids have a vote, and they are fine with it. And when it comes to Dunham’s situation, the only person other than Dunham herself that has a vote is her sister Grace. And Grace posted the following statement on Twitter about the controversy:

“As a queer person: I’m committed to people narrating their own experiences, determining for themselves what has and has not been harmful. 2day, like every other day, is a good day to think about how we police the sexualities of young women, queer, and trans people.”

And as I am writing this, I am realizing that I am going to have to read the damn book now. Dunham deserves the respect of me doing so, even if it doesn’t speak to my experience. Because in the end, that was the point.

Follow Faith Harper, PhD, LPC-S, and message her your quandaries and questions, @TheIntimacyDr. Or email: [email protected] Her column appears in each issue of Out In SA.

Applicants line up to replace Bernal on City Council

Fourteen District 1 residents have filed applications to fill the City Council vacancy created when Diego Bernal stepped down to...