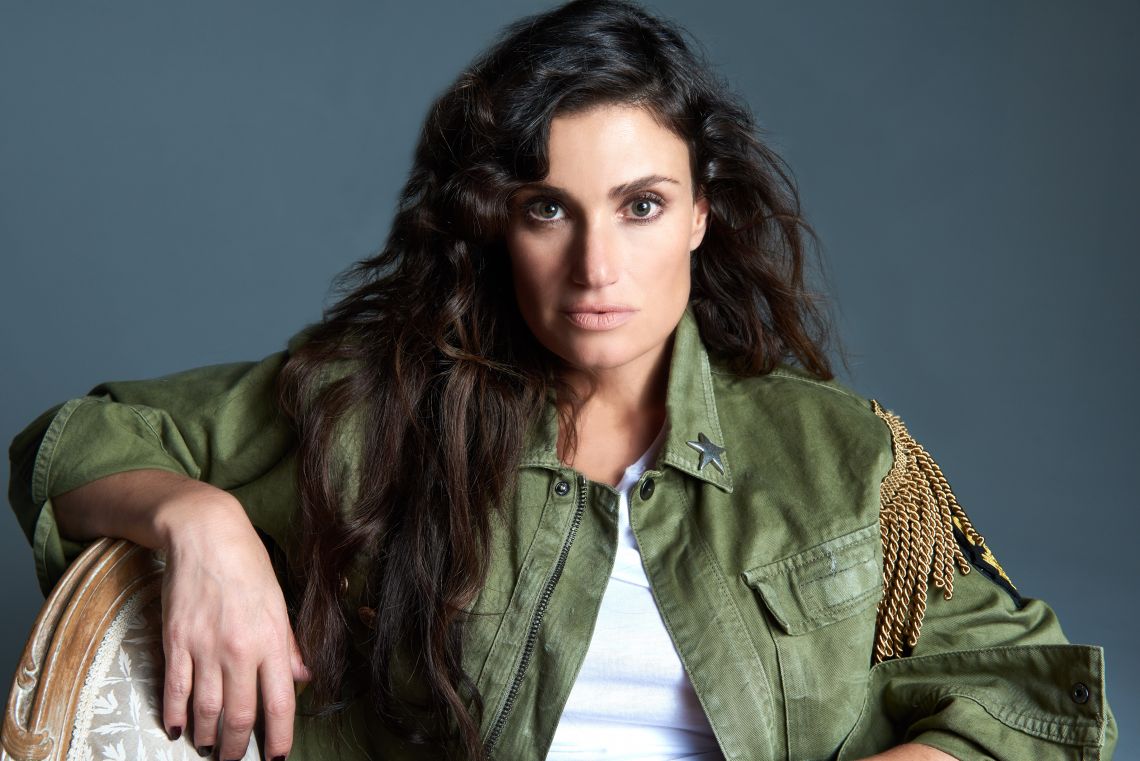 Idina Menzel rose to prominence in 1996 when she originated the role of Maureen in Jonathan Larson’s Tony- and Pulitzer-winning Broadway musical RENT. She cemented her status as one of today’s preeminent Broadway actresses with further roles in Wicked (2003) and If/Then (2014). In 2013, Menzel hit the stratosphere voicing the role of Elsa the Snow Queen in the animated Disney blockbuster Frozen. The film became the highest grossing animated film of all time, and its theme song “Let it Go” turned Menzel into the only Tony-winning actress in history to reach the Billboard Top 10. Currently on tour behind her latest album, simply titled Idina, Menzel spoke with Out In SA over the phone in anticipation of her performance at the Tobin this summer.

You’ve said that this is your most personal and introspective album yet. What do you think makes this album distinctly Idina?
I don’t know that anything makes it distinctly Idina. I just know that there is an honesty and authenticity there. I was writing and recording it during a very chaotic time in my life. I had two very different worlds happening at once. I was going through a divorce and simultaneously experiencing a lot of professional success with my Broadway show [If/Then] and the Oscars and the Super Bowl and all that juxtaposed with mediation … and my little boy and all that stuff. There was a lot going on and I had a lot to say.

What new territory were you able to cover for the first time on this album?
I’m not sure actually … I don’t think of it that way … I used two producers that I was a huge fan of. When I really love someone’s work, I kind of trust them, and I put myself in the room with them and I bring the kitchen sink and they kind of help me sculpt and mold. They brought great songwriters to the sessions as well. I guess it was … making a real pop album and still keeping the approach and integrity I keep towards songwriting. We were definitely trying to go mainstream without alienating my theatrical audience.

So on this album, would you say you embrace your Broadway background, or do you try to break away?
It’s not even breaking away … it just depends on the writing, and it depends on the composer. I don’t think I try to do anything on purpose. As I get older, I really try not to worry so much about rules and genres and categories. I just kind of go in [and] do my thing. I’ve always been a singer that’s straddled many different styles. When I was younger, I apologized more for it; but now I just  know it’s a part of who I am and the life that I’ve led and the music I’ve listened to — which has been all over the map. You’ve got to just let it all be reflected in the journey that you’ve taken and who you are at the time.

How do you think your live show is different from your album?
Because it’s live! I let the musicians do their thing and you don’t have to worry about it being three minutes and 20 seconds for the radio. So we take sections that are really fun to jam on, and we elongate them and turn them into other things and segue into other songs. I can introduce a song and tell you where it’s coming from and what it meant to me. I can talk to you about the meaning of the song … That’s what “live” is all about. I’m letting you into a little window of my soul. There is nothing like it. You don’t have that when you’re in the recording studio, of course. This is one of your biggest tours yet. What do you learn about yourself when you’re waking up in a different city every day?
How tired I am. How hard it is to balance motherhood and a career … It depends … If I’m being woken up in another city by my 7-year-old at six in the morning, it’s a lot different than when he’s not with me and I sleep till three in the afternoon. A lot of it is about that — it’s about surviving and just trying to stay healthy and conserve my energy. Unfortunately, I don’t really see the cities I’m in. If I see them, it’s with my son through some children’s museum or a cool zoo. Otherwise, I’m in the hotel trying to sleep and rest my voice. I’m not pulling any punches with the shows I do, and I don’t take the easy way out. The music that I sing is very demanding, but I wouldn’t have it any other way. What advice would you give the 24-year-old version of yourself auditioning for your first professional role in RENT?
Well, I think the reason I got the role is because I was the best version of myself at the time — or at least on that particular day. I was able to represent the best part of myself, but like most 24-year-olds … Sorry, my dog is freaking out … Louie, stop! Hey! I’m talking! … I think that I would advise someone to embrace that thing that makes them different and sets them apart. Do not worry about fitting in, because the good stuff is going to come to you when you’re completely yourself and you’re an original. It’s not always what people want, and it takes a minute. Eventually, if you keep training and keep working hard and showcasing that part of you that might be a little bit different, then the right thing is going to come to you.

Is that your dog barking?
Yes.

Are you still rooting for Elsa to get a girlfriend in the sequel to Frozen?
Oh, um … You know, I’m not in charge of writing the story … So they don’t ask me how I feel about that; but if that was to be a choice that they made, I would whole heartedly support it and be very excited about it!

San Antonio's McNay Art Museum announced this week that it will mount the first major retrospective featuring the work of...