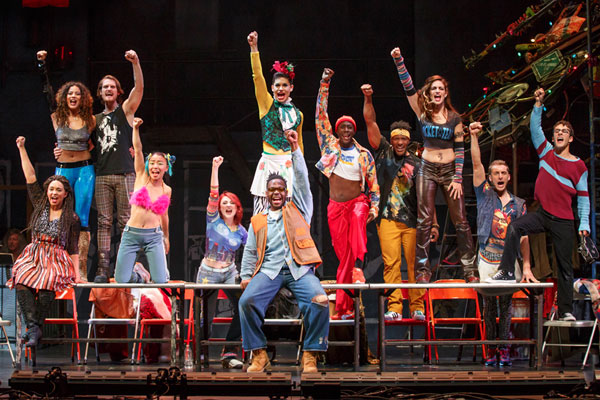 A modern day version of Puccini’s La Boheme, the musical tells the story of seven young creative types trying to make their way in New York City’s East Village during the era of AIDS. Touching upon sensitive topics such as love and heartbreak, the plot is both heartbreaking and inspirational and its best known song, “Seasons of Love,” reminds us to measure our lives with the one thing that matters: love. Larson, who died of an aortic aneurysm at the age of 35, would never experience the many accolades brought on by the musical’s success. It would go on for 5,123 performances before finally closing on September 7, 2008. In 2005, a film adaptation directed by Chris Columbus and starring Rosario Dawson and Taye Diggs reunited many of the original cast members.

Now, two decades after its original Broadway premiere, the Tony Award and Pulitzer Prize winning musical returns to the stage in a 20th anniversary touring production.

Evan Ensign will re-stage the production based on the original direction of Michael Greif. Marlies Yearby will serve as choreographer.

The Rent 20th anniversary tour arrives at the Majestic Theatre March 3 to 5, 2017 courtesy of Broadway in San Antonio.