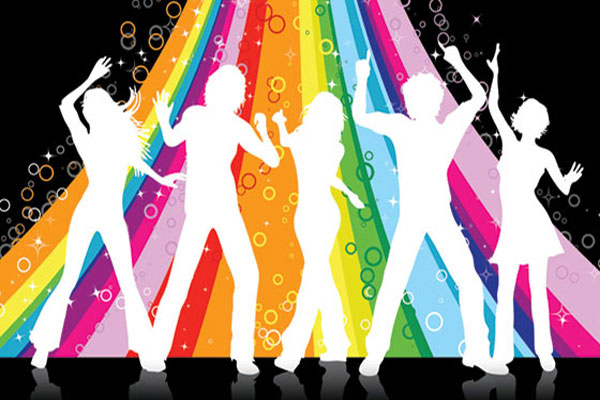 It’s spring and all around San Antonio high school juniors and seniors are preparing to attend their annual proms. However, for LGBT students, prom night can be filled with anxiety and dread over dress codes and rules forbidding same-sex dates. Samantha Arielle Lopez (left) had to convince the principal of Southwest High School to let her wear a tuxedo to her prom last year. (Photo courtesy Robert Salcido)

Last year, Samantha Arielle Lopez, an 18-year-old senior, was told by school officials that she could not wear a tuxedo to the Southwest High School prom. However, Lopez’s parents, with the help of a representative from the San Antonio LGBT Chamber of Commerce, were able to convince the school’s principal to change the prom’s dress code so Lopez could attend the event wearing a tuxedo.

In April of this year, two girls were denied entrance to the Incarnate Word High School prom after being told the school did not allow same gender dates. Jewel Uzquiano (left) and her friend were turned away from the Incarnate Word High School prom on April 16. (Video capture via WOAI-TV)

Jewel Uzquiano, a senior at the school, said she and her friend were not attending the prom as a couple. However, when they tried to enter the event they faced the embarrassment of being turned away. “I got very upset and very emotional. I started crying,” Uzquiano said.

Experiences like the ones described above often discourage LGBT students from attending their school’s proms. However this year, two alternative proms, one held on May 7, the other slated for May 13, are giving local LGBT teens a chance to attend a prom where they are welcomed with open arms.

Last week, Fiesta Youth held a prom at the Holiday Inn Northwest for LGBT youth aged 12 to 18. The prom is in keeping with Fiesta Youth’s mission to provide a safe, non-judgmental, affirming place for LGBT young people to express and explore who they are through education, peer-support, advocacy and friendship. “While things are improving for LGBT youth, events like homecoming and prom can be heterosexist or transphobic in nature,” says Fiesta Youth board member Darrell Garcia Parsons.  “Many trans teens would not feel comfortable dressing or presenting as their true selves at a traditional high school prom. And to bring someone of the same gender to a prom is still frowned upon by many schools.”

“This was Fiesta Youth’s second year of presenting the LGBT prom. There were over 60 teens in attendance. The energy and happiness simply radiated from these kids the entire night. It only took about 15 minutes, and some great tunes from the DJ, for the youth to get up and dance nonstop until the very end. Their laughter was contagious and heartwarming.  The best part however was seeing their confidence in just being themselves,” Parsons added.

On May 13, the vegetarian restaurant La Botanica will host a prom in honor of LGBT youth. The idea for the event came from Mia Stahl, a junior at Incarnate Word High School who works at the restaurant. Stahl says she was saddened to hear the story of Jewel Uzquiano and her friend who were turned away from the Incarnate Word prom.

“When I heard about the girls being rejected from the prom I immediately thought about how special prom is and how no one should miss out on the experience of their senior prom. That thought inspired Rebel Mariposa (the proprietor of La Botanica) and I to make this event happen,” Stahl said in a statement. The prom at La Botanica will have a Purple Rain theme and feature flowers and decor by Bernadette and Diana Contreras, photography by Chelsea Juarez and a Banana Stand photo booth donated by Josh Huskins. La Botanica will provide food and beverages.

In a press release, Mariposa says, “It’s disturbing that while Pope Francis, when asked about LGBTQIA folks, replied, ‘Who am I to judge?’ — yet there are still people out there who feel perfectly content to judge, and in so doing, deny these valiant young women such a hallmark experience for teenagers. So, we’re going to be sure our prom honors and celebrates the diversity of love.”

La Botanica, 2911 N. St. Mary’s, presents Purple Rain Prom, Friday May 13 from 7:30 to 11 p.m. High school juniors and seniors welcome. Doors close at capacity. Individuals who were denied entrance to their prom have priority. Semi-formal or formal attire. Food and beverages provided. High school students free. After party at 11 p.m. is $5 for adults.

Chris Sauter’s big break came in 1999 when an Artpace curator told him to “go for it.” The San Antonio-born...