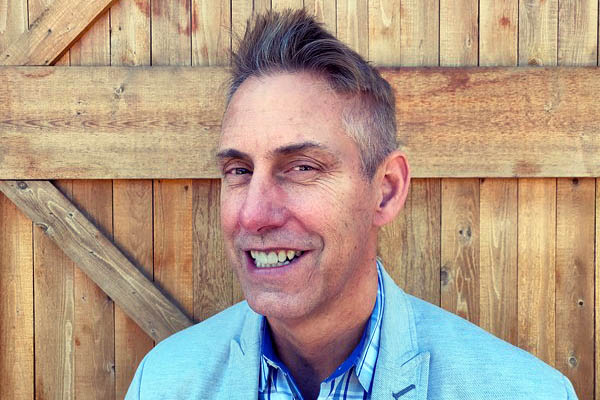 Ray Norris was 11 years old when he got on stage and sang his first solo. Dressed in a sequin jacket and accompanied by back-up singers, he sang “Tie a Yellow Ribbon Round the Ole Oak Tree” in his hometown of Norwalk, California. Since then, he says he’s turned to music as a deep “source of happiness.”

As the artistic director of the Live Oak Singers (LOS), a chorus of both LGBT and heterosexual singers, Norris shares his love of choral music and promoting inclusivity in San Antonio.

The group is the evolution of a traditional gay men’s chorus, the sort of all-male chorus that’s been a fixture of gay culture in most major American cities since the late 20th Century. The San Francisco Gay Men’s Chorus, for instance, the world’s first all-male gay chorus, began in 1978. In 1986, the Alamo City Men’s Chorale filled our local musical void until its unfortunate demise in 2012. Two years after ACMC closed it doors, LOS founder Ron Casola felt San Antonio might be ready for an LGBT-and-allies singing group. As an admirer of the full range of harmonies, he sought to include women, too.

The Live Oak Singers formed in February 2014, and a few months later, Norris joined the group. His church choir and praise team experience impressed Casola, and about 90 minutes into his first rehearsal, Norris was offered the position of assistant artistic director. “I just thought I was going to sing,” he recalls. He was promoted to artistic director in August 2016 as Casola was “sliding out of that role.” Casola passed in early 2017 after a long battle with Alzheimer’s disease.

Norris, now 55, works as a project manager for a company that contracts with USAA.

In October, I attended a cabaret-themed performance of the Live Oak Singers at Matamoros Restaurant and, for the first time, noticed Norris’ Broadway-caliber singing voice.

Over breakfast at the Magnolia Pancake Haus on Huebner Road, he’s pouring syrup on his pancakes in the shape of a circle when I ask him why he chose not to pursue a career in music.

Norris has a Masonic background, which influenced this early decision. As a member of DeMolay, the youth group that promotes “building young boys into men to be leaders in the community,” he was taught about “brotherhood” and leadership development. Norris was given a gavel and started running meetings by age 16. When he turned 21, he became a Mason – a family tradition. However, he hasn’t been active in the organization for years.

“I’m a project manager by trade. I direct a choir. My life is all about finding opportunities to volunteer, to serve and to lead,” he says. “I’m still that kid with a gavel in his hand. I’m just waving my arms in front of a choir.”

Norris’ distinct singing style is inspired by Broadway show tunes and the usual suspects like Barbara Streisand, Judy Garland and Whitney Houston. “I’ve always been fascinated with those people who can belt out a tune and have that drama that’s associated to it,” he says. “That’s kind of how I try to pattern what I do and how I sing.”

He shares a story about getting older and night clubs, where your favorite musical acts can be an age marker. “I remember dancing in a club and a Madonna song came on, and I’m dancing away. There are younger people around me, and I know every single one of the words, OK? And then, a Lady Gaga song comes on and [the younger people] know every single one of those words, and I don’t know a single one! I know who Lady Gaga is. I know her music, but I’ve never been obsessed with learning all that stuff.”

The Live Oak Singers, on the other hand, bring LGBTQ people and allies together outside of gay bars.

There may be some purists who say that an LGBTQ or gay men’s chorus should be exclusive to LGBTQ singers. What would you say to them? I ask.

“We’re LGBT and friends but the mission really is, through our music, to help bridge the divide between our communities,” Norris says. “If the straight community sees us as the same and as equal, they’ll come to our concerts and eventually we don’t need an LGBT-community chorus anymore. Because we are welcomed the same.”

He pauses for a moment.

“Boy, I would love to see the equality all the way across so that it just doesn’t matter.”

All the way across what? I ask.

“The religious community, the singing community… everywhere. So that we are all welcome. There’s so much work that needs to be done because we are not all integrated.”

Growing up in a church community, Norris says he knows what it’s like to feel ostracized. “In my late teens, I started going out to the gay clubs. I had some church friends. I had some social friends, and none of them knew about each other,” he says. “I kept my life compartmentalized.”

He was taught that homosexuality was wrong.

“I was having to unlearn what I had been taught,” Norris says. “It was difficult for me in my first five years of going to clubs to say, ‘Yes, I’m gay.’

“In fact, I had a girlfriend – and this was really sad. We’d go out to the movies, go to dinner, then I’d go out to a gay club. I was balancing,” he says. “I was trying to figure it out. Then one day I realized that God created me exactly as God intended me to be.”

He sips his coffee.

“We’re talking about the ’80s,” he says. “There was a lot going on in life at that time. That’s when the AIDS epidemic started.” Norris sighs deeply and says he lost many friends to the disease. “In the ’80s, it was a death sentence.”

He says he understands how young people who know all the words to Lady Gaga’s songs don’t “get it” because they didn’t live through it. “That time was very difficult,” he says. “Everytime you kissed somebody you thought you were going to catch it. It was not publicized how it was transmitted. We didn’t know. It was an age of panic in the community. You never knew who was going to get it next.”

In addition to their holiday show planned for next month, the Singers will be performing at a World AIDS Day ceremony at Woodlawn Pointe on December 1. “Having the Live Oak Singers there is important,” Norris says.

I’m sure Ron Casola would approve.

Statistics released by the FBI on November 14 show a rise in hate crimes against LGBT people residing in the...