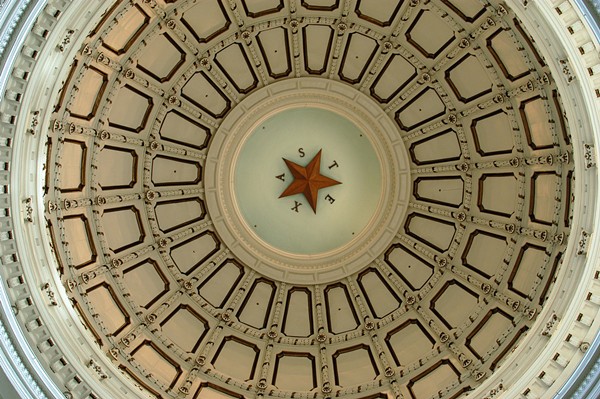 Lawmakers under the dome are fighting to chip away at hard-fought rights for LGBTQ Texans. (Photo: Wikimedia Commons)

On Tuesday, the Texas House could debate and vote on a bill that would give state-funded adoption agencies the “religious freedom” to turn away LGBTQ parents.

Such has been the response from conservative Texas lawmakers bucking against larger national trends that have finally hit the Lone Star State — like local non-discrimination ordinances that protect LGBTQ residents, transgender-inclusive bathroom policies and a U.S. Supreme Court ruling that was supposed to grant marriage equality nationwide.

In a conference call with reporters on Monday, civil rights advocates warned that in the waning days of the Texas Legislature, conservative lawmakers appear poised for a concerted push to chip away at the rights of LGBTQ Texans.

“What we are seeing right now is an unprecedented effort to roll back civil rights in Texas,” said Vanita Gupta, a prosecutor who led the civil rights division of the U.S. Justice Department under President Obama. “The freedom of religion does not allow people the right to discriminate or the right to impose their beliefs on others.”

Gupta was talking specifically about House Bill 3859, which she says would allow faith-based adoption agencies and child welfare provides that get state funding to discriminate against single parents, couples who are gay or others who are not of the same faith. As Gupta put it, the law, which the House could debate and vote on as early as today, “prioritizes discrimination over the well being of children.”

Kathy Miller, who heads the Texas Freedom Network, which advocates for church-state separation, said HB 3859 is just one part of the full-court press against LGBTQ rights this session that appears to be a reaction to advances on that front. She called the bill “one of the most extreme anti-LGBT discrimination measures in the nation.” In a statement, Equality Texas executive director Chuck Smith said religious accommodation is a laudable goal, but that the bill “goes far beyond reasonable accommodation and confers an unprecedented right of religious refusal to a broad class of providers that includes both agencies and foster parents.”

As we’ve reported before, the bill’s supporters say it’s intended to thwart frivolous lawsuits against the state’s faith-based child welfare contractors, which comprise about a quarter of those that get state funding — lawsuits that seem to be rare or nonexistent. Some faith-based child welfare groups have even promised to limit their services in the state if the measure doesn’t pass.

Last week, a group of ministers and other clergy gathered at the Texas Capitol to deliver a letter signed by hundreds of faith leaders protesting some two dozen bills they say discriminate against LGBTQ Texans.

By Alexa Ura, The Texas Tribune May 8, 2017 A proposal to gut cities and school districts’ trans-inclusive bathroom policies...