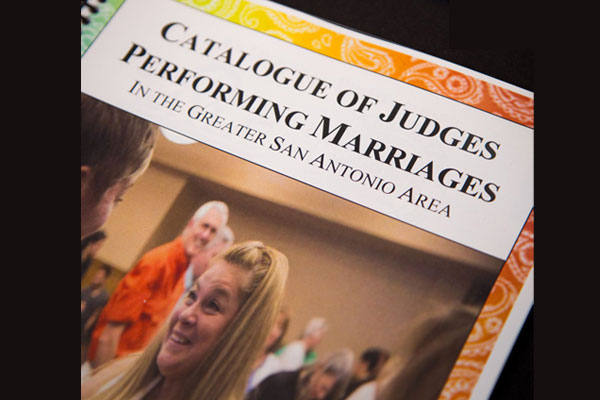 The San Antonio Young Lawyer’s Association and the San Antonio LGBT Bar Association have unveiled a catalog which provides local same sex couples with information about how to obtain a marriage license and a list of Bexar County judicial officials who will marry them with a commitment to equality.

The project, dubbed Will You Marry Me?, was introduced by LGBT Bar President Michael Ritter during a March 6 reception at the Riverwalk Plaza Hotel. 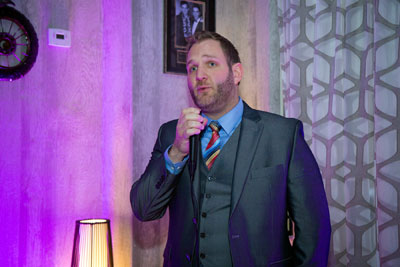 Ritter told Out In SA that the catalog, which is published in English and Spanish, was created to help couples identify some of the judicial officials who are open to performing same sex weddings.

The catalog is especially useful because it comes at a time when a proposed “religious refusal” bill in the State Legislature would make it legal for judges, magistrates and pastors to refuse to perform same-sex marriages.

The production of the catalog was made possible with the support of sponsors from around the state, including the LGBT Law Section of the State Bar of Texas, Forester Haynie, a donation made on behalf of Jesse James Flores, and the LGBT Bar’s local sponsors.

Beginning on March 9, the catalog will be distributed at various locations throughout San Antonio and through local organizations. It can also be accessed on LGBT Bar’s website at this link.

Check out photos of SAYLA and the LGBT Bar’s March 6 reception at this link.

The senior pastor of the Travis Park United Methodist Church in San Antonio says he is feeling angry and hurt...