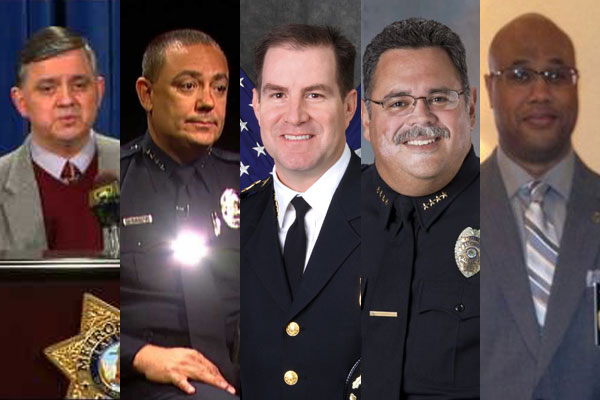 Three activists from the LGBT and allied community were chosen to be a part of a panel of local citizens who are providing input on the selection of San Antonio’s new police chief.

Ruby Krebs, who is on the mayor’s LGBT advisory committee, Carolee Moore, co-chair of the Stonewall Democrats of San Antonio and Patricia S. Castillo, executive director of the P.E.A.C.E Initiative are among the 24 panel members chosen to interview the five finalists on Friday, August 21 at the San Antonio Convention Center.

Panelists were drawn from a wide array of community-oriented organizations including local chambers of commerce, county offices, businesses and the police officers union among others.

According to a press release from the city manager’s office, there were 60 applicants for the job to replace former Police Chief William McManus, who left the force last year to be head of security for CPS Energy.

Panelists will be broken down in three groups of eight headed up by a deputy city manager or assistant city manager. Each of the three panels will ask the candidates a different set of questions. At the end of the process, the panelists will offer feedback to the city manager’s office as to which candidate they feel could best fill the position.

At a Stonewall Democrats meeting last week, Moore and Krebs said panelists were asked to submit their questions for the candidates prior to August 21.

The process for selecting this police chief is identical to the one City Manager Sheryl Sculley used when she hired McManus in 2006. She is expected to appoint the new police chief later this month, city council confirmation of the appointment is slated for September.

There was a major shakeup at Ballet San Antonio this week with both executive director Courtney Mauro Barker and artistic...