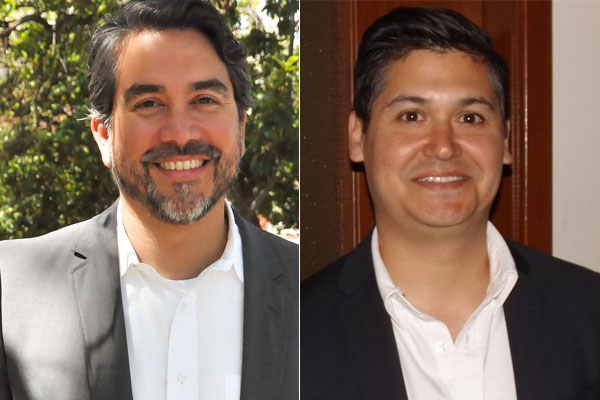 District 1 Councilman Roberto C. Treviño came up 113 votes short of victory in the May 6 general election. As a result, he will face off against attorney Michael Montaño who came in second place with 31 percent of the vote.

Treviño and Montaño say they are LGBT allies and have expressed support for the community and the city’s nondiscrimination ordinance. Both sought the endorsement of the Stonewall Democrats of San Antonio. Stonewall gave the endorsement to Montaño. Councilman Trevino at vigil for victims of Orlando shootings. (Photo by Sam Sanchez)

Interest in the runoff for this district runs high among queer voters. District 1 encompasses many of the city’s most prominent “gayborhoods” including Tobin Hill, King William, Monte Vista, Lavaca, Southtown and Alta Vista among others. It is also home to the Main Avenue Strip, the Metropolitan Community Church, the Pride Center and numerous community businesses and organizations.

Treviño received the endorsement of the San Antonio Express-News. The newspaper’s editorial board wrote that Trevino, who is an architect, “has been a relatively strong representative for his district in his first term, putting in the time and getting results, including helping shepherd an all important master plan for the Alamo . . . In this race there are earnest candidates, but none, in our estimation, stronger than the incumbent.”

Montaño has described Trevino as a “an elected official who loves his title but not his job.” He has also criticized Trevino for being “deep in the pocket of the developer community.”

Treviño’s relationship with the LGBT community has been cordial and he has many supporters. At last year’s vigil for the victims of the Orlando shootings, he said, “I believe in embracing the LGBT community and bringing them into the mainstream of our city’s life. In that way we make San Antonio stronger and less hospitable to the bigoted.”

One bump in the road for Trevino came in April when Out In SA reported that his campaign accepted $1000 in contributions from former District 9 City Councilwoman Elisa Chan, who in 2013 voted against the nondiscrimination ordinance and who in a secret recording made by one of her employees, expressed disgust for LGBT people.

When Out In SA asked Treviño about the Chan contributions he said in part, “Elisa Chan contributed to my campaign despite our great differences on social issues because of my design background and my understanding of infrastructure issues. In no way do I agree with her position on equality issues and campaign contributions do not affect the decisions I make on council.”

It is unclear how much Chan’s support will hurt Treviño in the runoff. One thing for sure is that Chan remains a much-despised figure among local supporters of LGBT equality. Montaño is tech industry lawyer with a downtown office at Geekdom. He was described by columnist Gilbert Garcia of the Express-News as “an idealistic millennial who spends much of his time thinking about how to preserve and enhance neighborhoods in the city’s urban core.”

Garcia went on to compliment Montano’s “fiesty” campaign: “Montaño is only one of five District 1 challengers on the ballot this year, but he looks like the most formidable, given his credentials and the team of young volunteers he is building (reminiscent of the armies that formed behind Rey Saldaña and Bernal in 2011).”

Montaño has strong support among District 1’s LGBT voters. In addition to being endorsed by the Stonewall Democrats, he also was endorsed by the San Antonio Gender Association which said, “[Montaño’s] desire to continue to celebrate and facilitate District 1’s diversity and sense of inclusion is the change in leadership the community needs.”

Montaño’s is the only candidate in the District 1 race to have a fundraiser organized by and for LGBT and allied supporters. A Happy Hour party is planned for May 31 in Monte Vista where Montaño’s campaign signs grace numerous lawns, outnumbering those for Treviño.

One possible setback for Montaño’s candidacy is the revelation that in 2002, while he was a student at Yale, he was arrested for felony voter fraud and admitted to nine counts of providing false statements on absentee ballot applications. Treviño has publicly questioned why, despite the seriousness of the charges, Montaño walked away without a penalty or criminal record.

According to the Express-News, “The low-level state felony charges carried a maximum penalty of five years in prison and a $5,000 fine . . . the charges were expunged and all the case records destroyed because the judge granted Montaño ‘accelerated rehabilitation,’ in which a defendant’s usually minor criminal history is cleared following roughly a year of good behavior.”

In a note posted on Facebook on May 18, Montaño addressed the charges saying, “I have openly discussed what really happened and what I learned from it. In fact, it’s on my campaign blog (link). Bottom line: while trying to help people vote as a college student 15 years ago, I made an innocent mistake, and the resulting allegations were dismissed.”

Out In SA asked Chris Forbrich, co-chair of the Stonewall Democrats, whether he thought Montaño’s past transgression would affect his support among LGBT voters.

Forbrich replied, “Michael Montaño is a strong LGBT ally and longtime member of the Stonewall Democrats. He settled his legal problems with the State of Connecticut 15 years ago and has moved on. He is also the only candidate in the runoff who has not accepted money from Elisa Chan.”

LGBT couples and singles interested in becoming foster parents will have an opportunity to learn more about the process during...